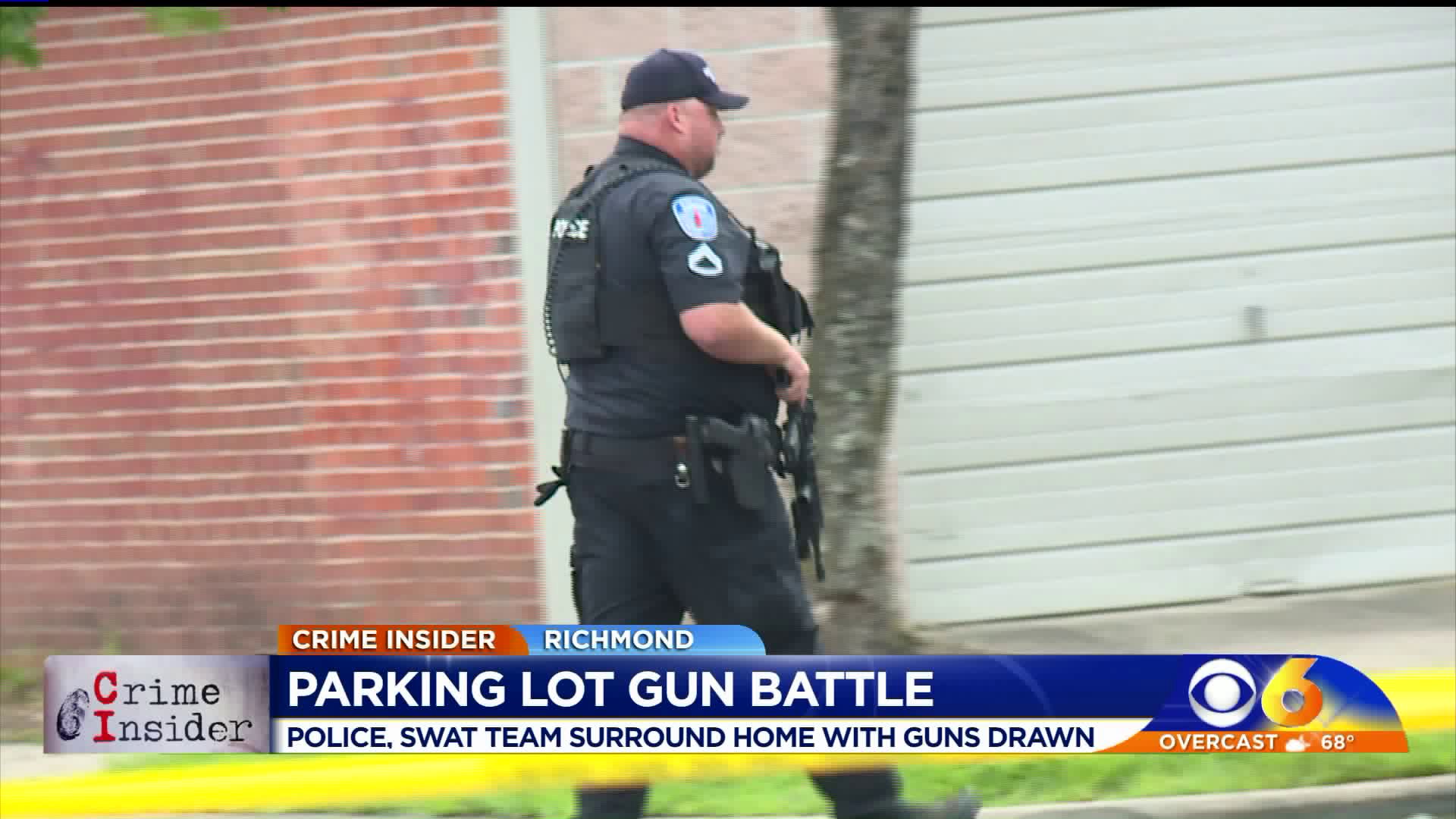 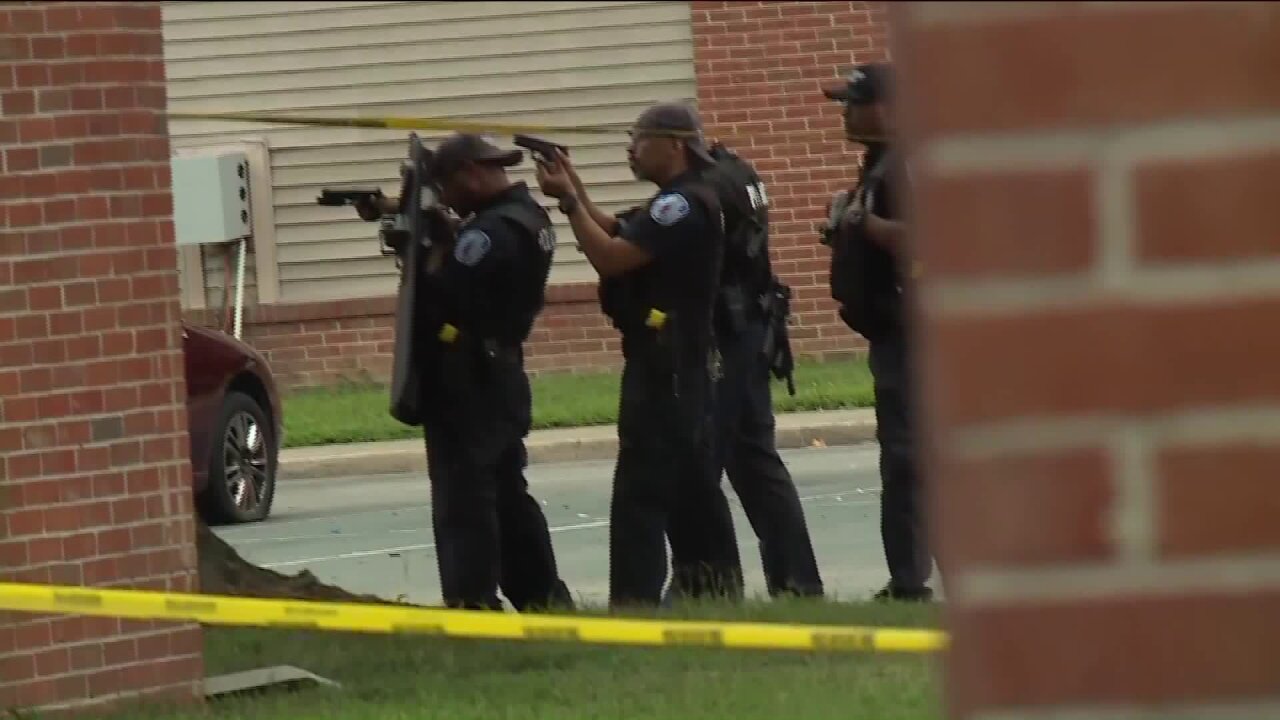 RICHMOND, Va. – Some residents at a Southside apartment complex have been evacuated as a barricade situation unfolds following a gun battle in the complex’s parking lot Friday afternoon, according to Crime Insider sources.

Officers were called to the Forestbrooke Apartments in the 5600 block of Petoskey Avenue at 3:30 p.m.

“At least a dozen shots were fired from two different weapons,” reporter Jon Burkett said. “It was a gunfight in the parking lot.”

Police confirmed at least one man was injured in that shooting.

The victim, who was shot in the leg, had injuries that appeared to be not life-threatening. 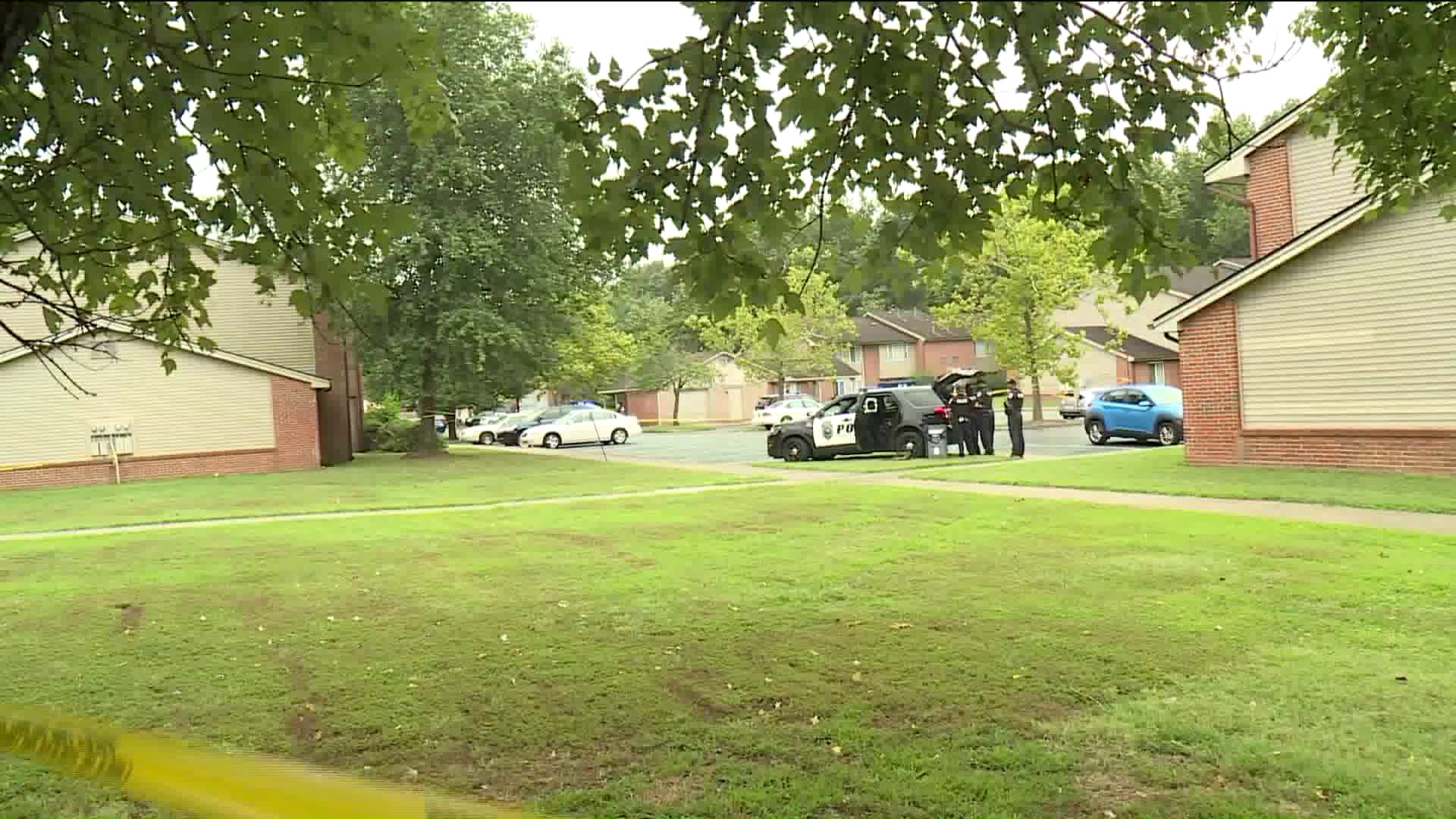 Police later realized a man was barricaded inside an apartment and that scene has been surrounded for the better part of an hour, Burkett said.

“They’re telling the guy to come out with his hand up right now. They’re on a megaphone,’ Burkett said just after 5 p.m.

Additionally, neighbors in the 5600 building, including a woman and two children who live in a nearby unit, were evacuated as a precaution.