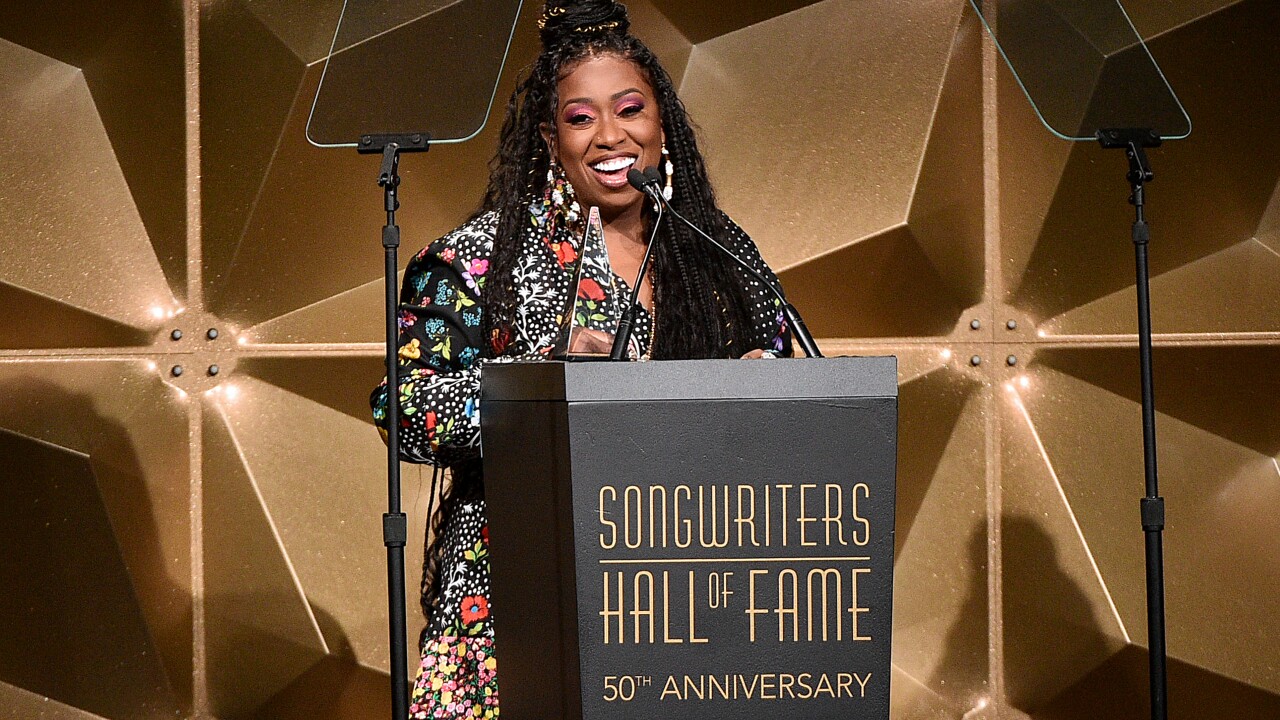 (Photo by Theo Wargo/Getty Images for Songwriters Hall Of Fame )

It’s the rapper’s first album in 14 years, and she let everyone know about it at midnight with a tweet saying, “Let’s #ThrowItBack to a time when music just felt good and made us want to dance!”

Lastly I know you see something new everytime you watch a video bet ya thought those were Pom Pom’s in the cheerleaders hands but those are dyed AFROS!Straight snapping🔥 #ThrowItBack Video stream 4 new songs that SLAP from my #Iconology collection! DripDemeanor that shiii too🔥 pic.twitter.com/Yqgc9jL45G

The album has already hit the top five on US iTunes.

One of the songs, “Throw It Back,” also comes with a colorful dance-filled music video done in Elliott’s signature style. At the start, a young teenager find herself in the museum of Missy, but doesn’t know who “Missy Elliott” is. Before you know it, the whole block is Double-Dutching in Elliott’s braids. There’s references to her classic “Work It” and the famed MTV VMA Moon Man statue — Elliott dons a space suit to plant her own “ME” flag on the moon.

Don't look for another MISSY cause there'll be no nother one! #THROWITBACK video is OUT! 🔥🙌🏾🤗❤️ttps://missyelliott.lnk.to/ThrowItBackVideoTA pic.twitter.com/DWl7ubK2CI

The album comes just before Elliott is set to receive the MTV Video Vanguard Award for lifetime achievement next week.