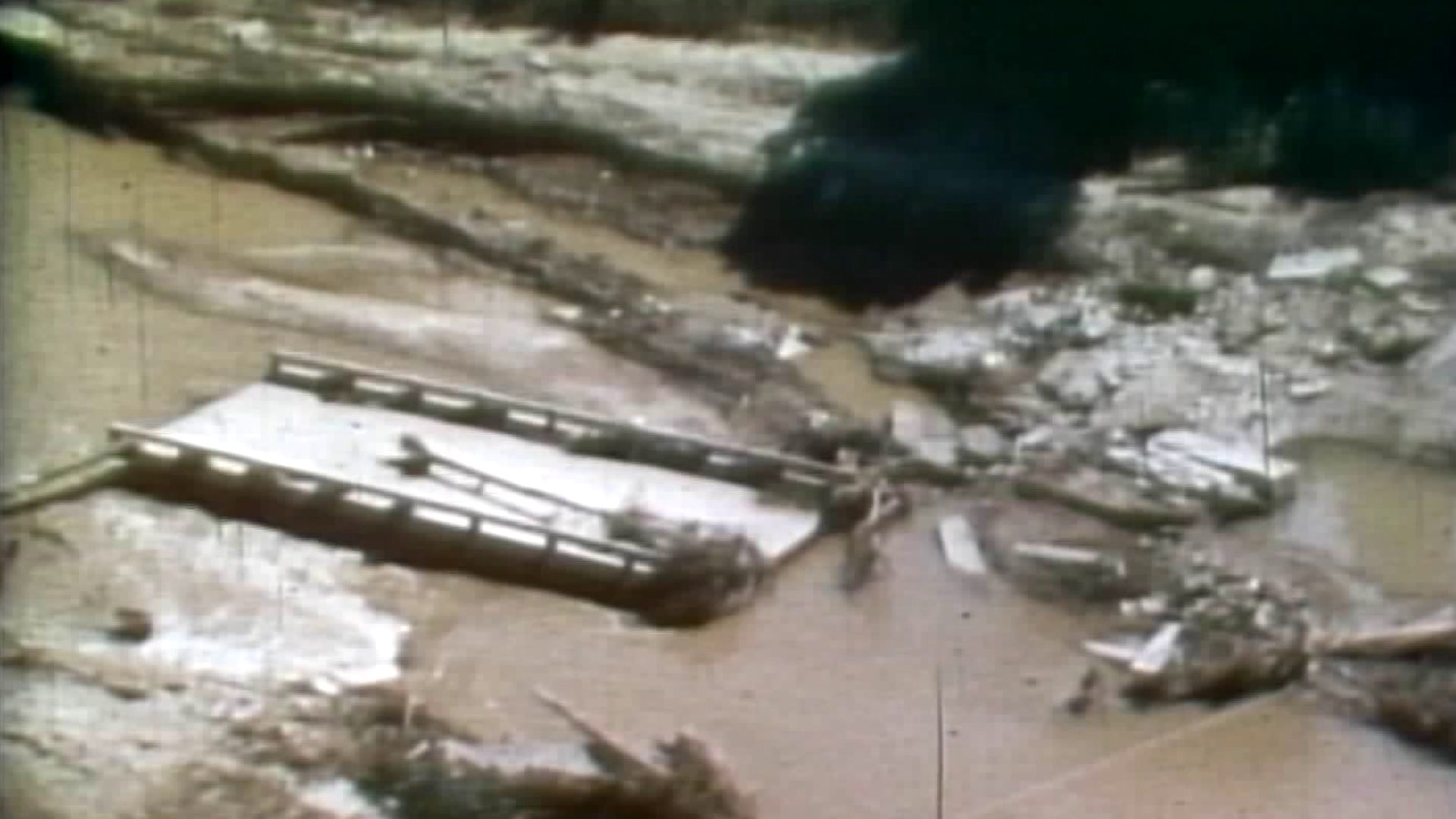 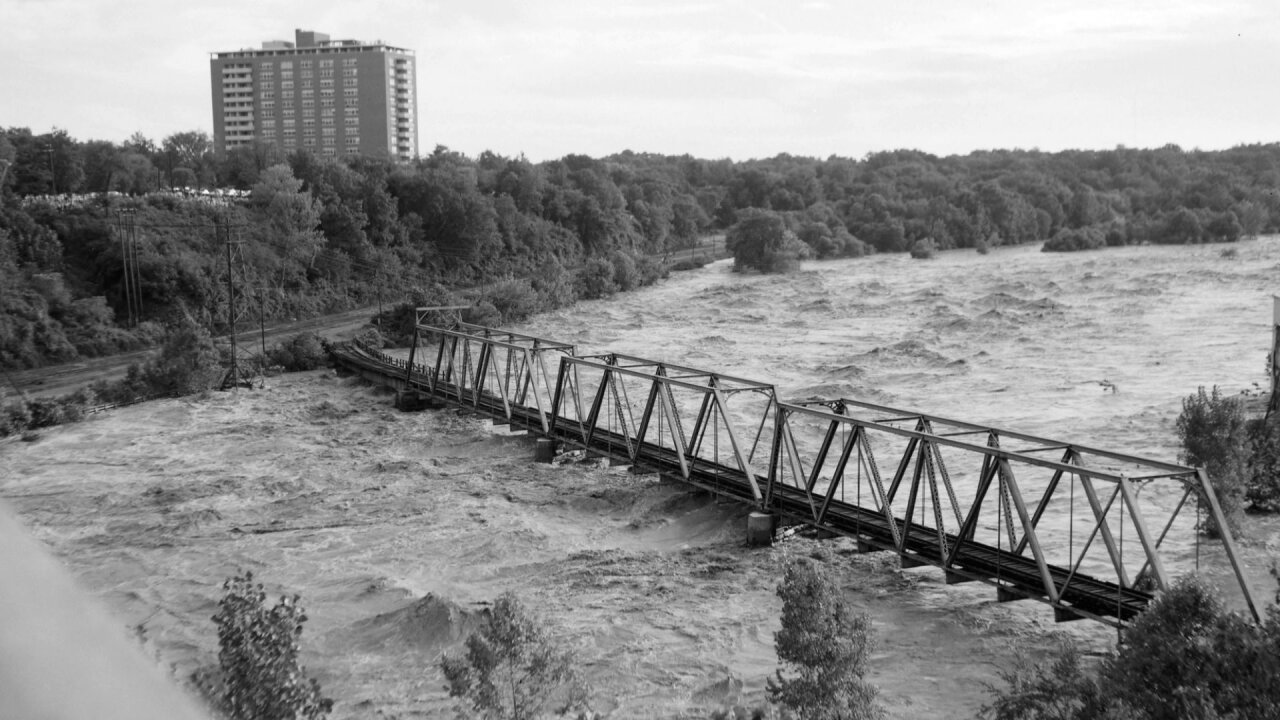 RICHMOND, Va. -- Long before Katrina, there was Camille.

In the summer of 1969, the first and last storm to ever bear that name smashed into the Gulf Coast as a massive Category 5 hurricane. With winds up to 190 miles an hour, and a storm surge above 30 feet, it wiped out centuries’ worth of homes, hotels, and history.

The costliest damage occurred in Mississippi and Louisiana. But Camille would claim many lives in the Commonwealth, long after it lost most of its strength.

“The deadliest hurricane ever recorded in the state of Virginia,” said Jeff Caldwell, director of external affairs for the Virginia Department of Emergency Management.

The storm weakened to a tropical depression after moving inland and was expected to dissipate quickly. But it took an easterly turn, and when it reached the Blue Ridge Mountains, it collided with the perfect ingredients for a once-in-a-thousand-years storm.

“It was unbelievable, and it was under forecast,” said CBS 6 Chief Meteorologist Zach Daniel. “You literally had, from the surface of the earth all the way to the top of the atmosphere, mechanisms lifting the atmosphere, producing thunderstorms that were moving off the Blue Ridge and more storms developing in behind them.”

“That’s the example that keeps us up at night,” said Caldwell. “There was no warning for those citizens, the weather forecast when they went to bed was a few rain showers.”

Over the course of 12 hours, a small part of the Appalachian foothills was drenched with more than two and a half feet of rain, and most of that fell during just a five-hour period.

“The meteorologists immediately after the event said that the amount of rain that fell in Nelson County was theoretically the maximum amount possible,” said Daniel.

After the heavens opened, there was a plague of mudslides, and biblical flooding.

“At the time there was no early warning for these folks,” said Caldwell. “Most of them were in bed when their houses were swept away.”

At least 151 people were killed, included some whose bodies were never found.

Then, all of that water started rushing east.

An overflowing James River overwhelmed everything in its path. When it reached Richmond, it caused the worst flood the city had seen since 1877.

The river crested at 28.6 feet at the City Locks gauge… nearly 20 feet above flood stage.

“It was a level that people had never seen in their lifetime, and an incredible amount of damage resulted from that,” said Daniel.

A particularly memorable photograph taken at the time shows a crowd of people gathered near the south end of the Lee Bridge, staring at the river in awe, as waves thrash like an angry sea during a white squall.

Fortunately, no deaths occurred in the Richmond area.

After the flood waters subsided, the question emerged: What could be done to prevent something like this from happening again?

The United States Army Corps of Engineers floated the idea of building a series of reservoirs along the river, but that idea never gained steam.

Then talk of a floodwall began: a towering structure on the north and south banks that could protect low-lying businesses and homes from the wrath of the mighty James.

But since it was considered to be a once in a 100 years flood, many viewed Camille as more of an aberration than a harbinger of things to come.

Then in June of 1972, Hurricane Agnes struck, causing the James to rise even higher.

“It’s pretty unbelievable when you look at some of the river levels and the crest, and a three-year stretch you’ve got two of them that high,” said Daniel.

After that, plans to build a wall were set in stone.

Fifty years later, the floodwall stands as a concrete colossus ready to protect the city, should history repeat itself.

Camille and Agnes were also the catalysts for a paradigm shift in the way emergencies are handled.

“After those storms, the federal government organized what is now FEMA, and started to provide that resource to help the states out,” said Caldwell. “And here in Virginia in 1973, Gov. Holton changed what was the Office of Civil Defense into the Office of Emergency Services, which eventually formed what is today the Department of Emergency Management.”

In the half-century that has passed since Camille, Virginia has endured a number of catastrophic storms. And to this day, when a hurricane is poised to make landfall, the focus and attention is often on coastal areas.

But Richmonders know from experience that some storms save the worst for last.

“I think a really relevant lesson to today that we learned back then is that the inland, what we call freshwater flooding, can be as devastating if not more devastating than what occurs along the coast,” said Daniel.

A marker bearing Camille’s name can still be found on the northside floodwall. But there are other memorials that lay hidden in our city.

Eight of the people killed in Nelson County were never identified. Their remains were ultimately cremated by the state, and their ashes scattered throughout unmarked graves at Maury Cemetery.

The final resting place for the unknown victims of a storm that should never be forgotten.