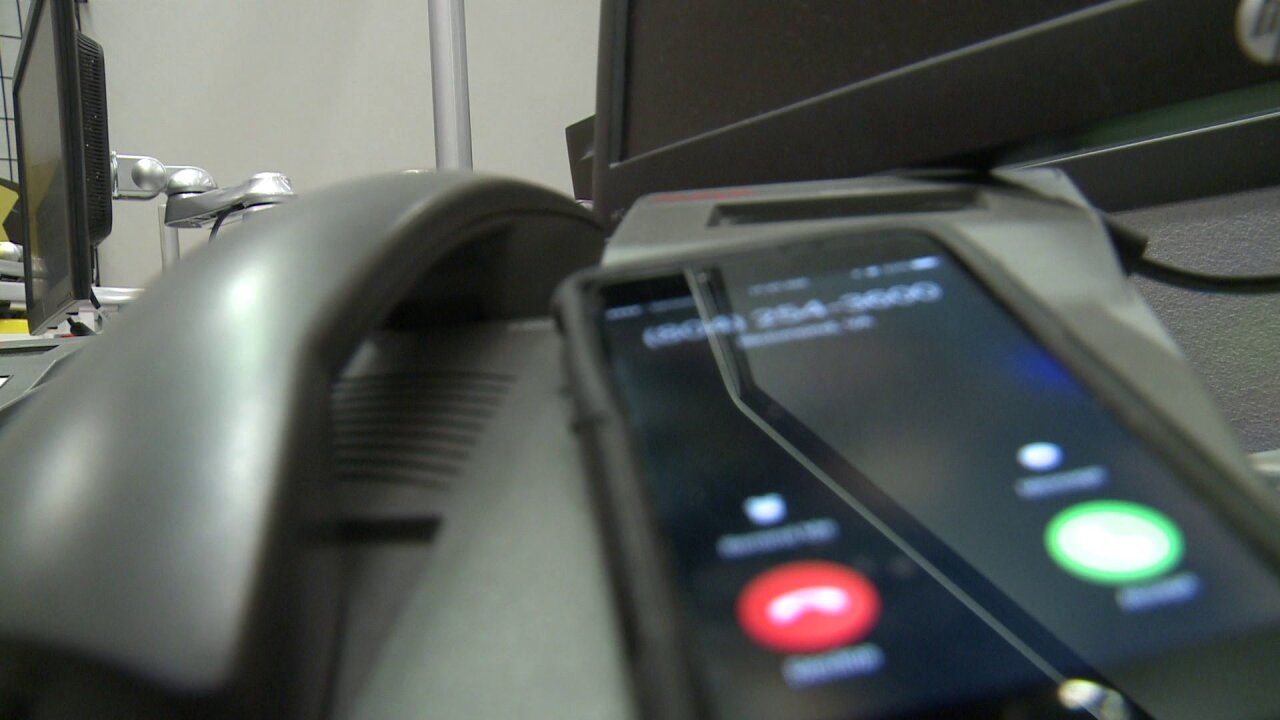 Twelve of the nation’s largest telecommunications companies and attorneys general from all 50 states plus DC announced a voluntary agreement Thursday to prevent and punish illegal robocallers.

It’s the latest move by regulators and law enforcement to push back against the growing tide of unwanted and even illegal calls from telemarketers and scammers.

“This agreement provides us with a comprehensive approach to combatting therobocall epidemic that folks are experiencing here in Virginia and around the country,” said Attorney General Herring. “Robocalls are not only annoying but they can also be potentially dangerous and could scam Virginians out of hundreds if not thousands of dollars.”

“A great aspect of what we’re trying to do today is shine a bright light on this sordid industry that exists in the darkness,” North Carolina Attorney General Josh Stein said Thursday at the National Press Club. “With all these commitments that telephone companies are making, we will have much greater ability to know who it is that’s breaking our laws.”

The new memorandum of understanding is a voluntary set of principles by which phone companies agree to provide customers with free call blocking and labeling technology, to monitor their networks for robocall traffic and to identify bad actors. The companies have also agreed to assist law enforcement in tracing and investigating suspicious callers.

The companies that have joined the coalition include telecommunications giants like Sprint, Verizon, AT&T (CNN’s parent company) and T-Mobile.

There is no set time frame for when participating companies must comply with the principles outlined in the memorandum.

Not all robocalls are illegal and institutions like banks, schools or hospitals rely on them to reach customers, but unsolicited robocalls have become a rising concern for lawmakers and federal enforcement bodies as Americans have been peppered by unwanted calls and subjected to financial fraud. In the first half of 2019, Americans received 25.3 billion robocalls, according to a report compiled by the robocall analytics firm Hiya.

“Today we are sending an even stronger message that we are going to work together to shut down these calls,” Arkansas Attorney General Leslie Rutledge said during Thursday’s news conference, which also included New Hampshire Attorney General Gordon MacDonald and representatives from the major telephone companies.

In June, the Federal Trade Commission announced a nationwide crackdown on robocallers. Earlier that month, the Federal Communications Commission voted to provide phone carriers with the ability to automatically block unwanted robocalls for all customers.

Congress has also jumped into the fray with two bills aimed at expanding the government’s power to reduce illegal robocalls.

The Stopping Bad Robocalls Act, which passed the House in late July, would require the FCC to make it clear in its rules that robocalls can be made only with the customer’s consent. And the TRACED Act, which passed in the Senate in May and was referred to the House Committee on Energy and Commerce, aims to expand the FCC’s power to punish illegal robocallers by increasing fines and extending the statute of limitations.