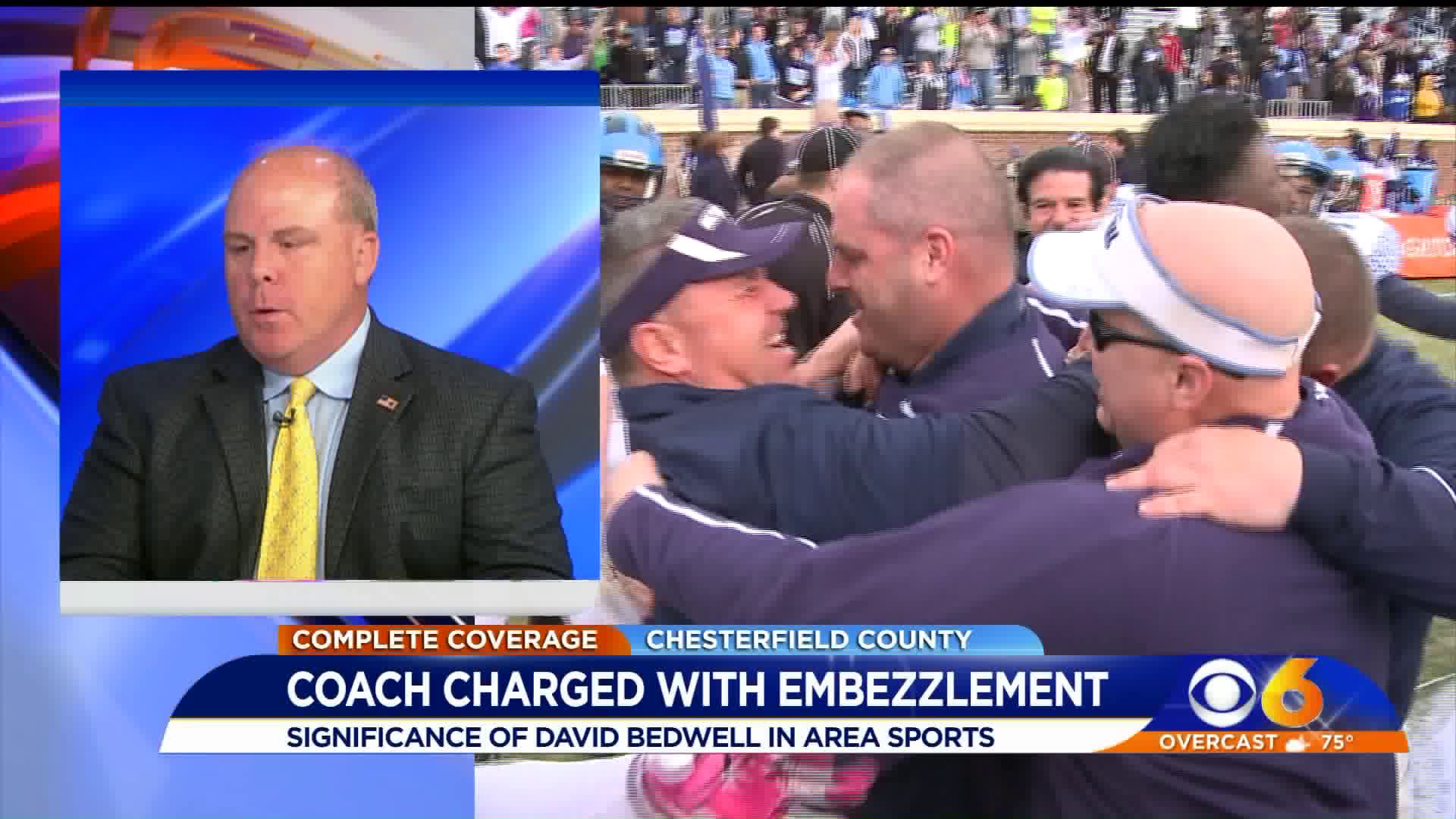 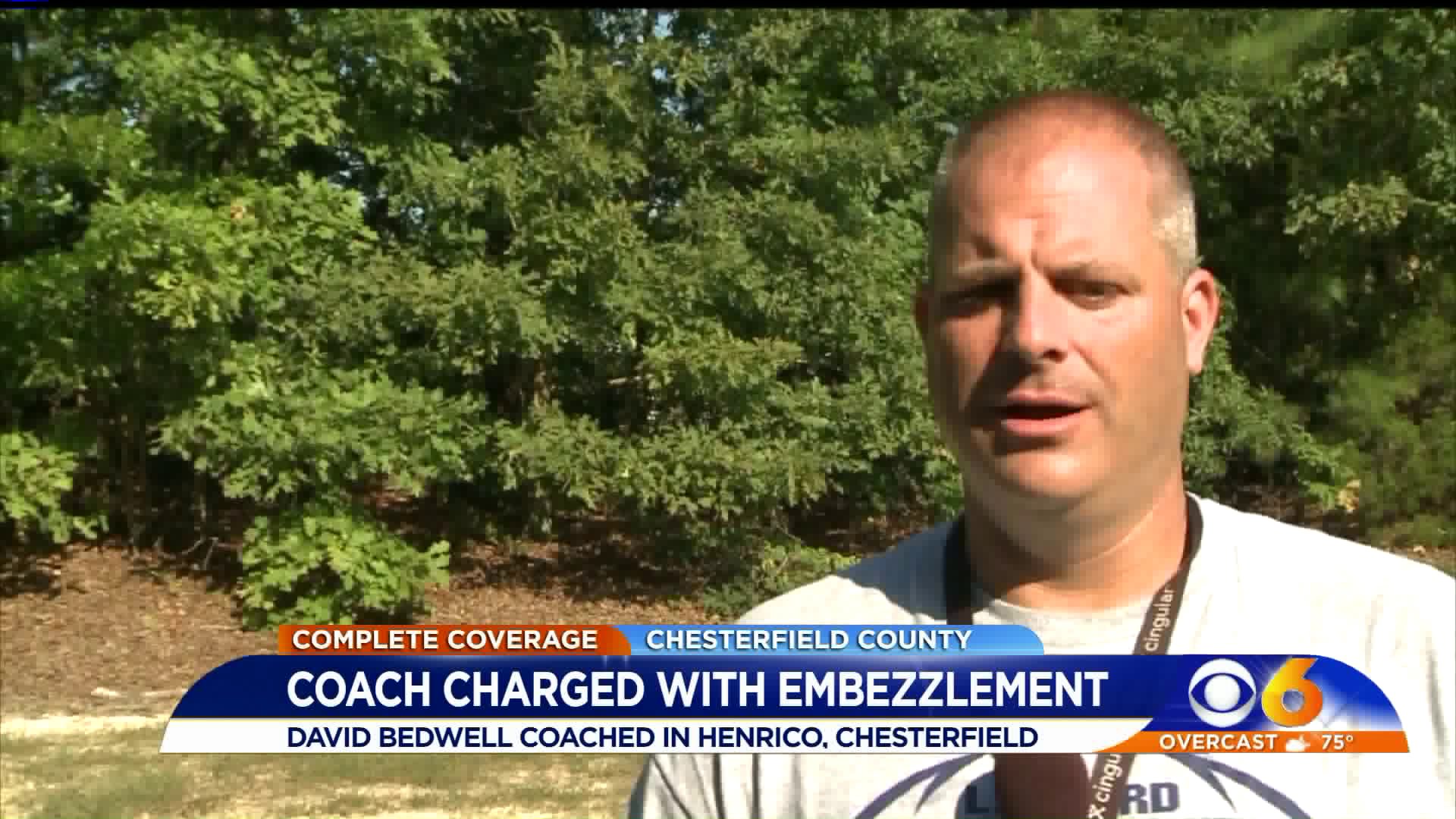 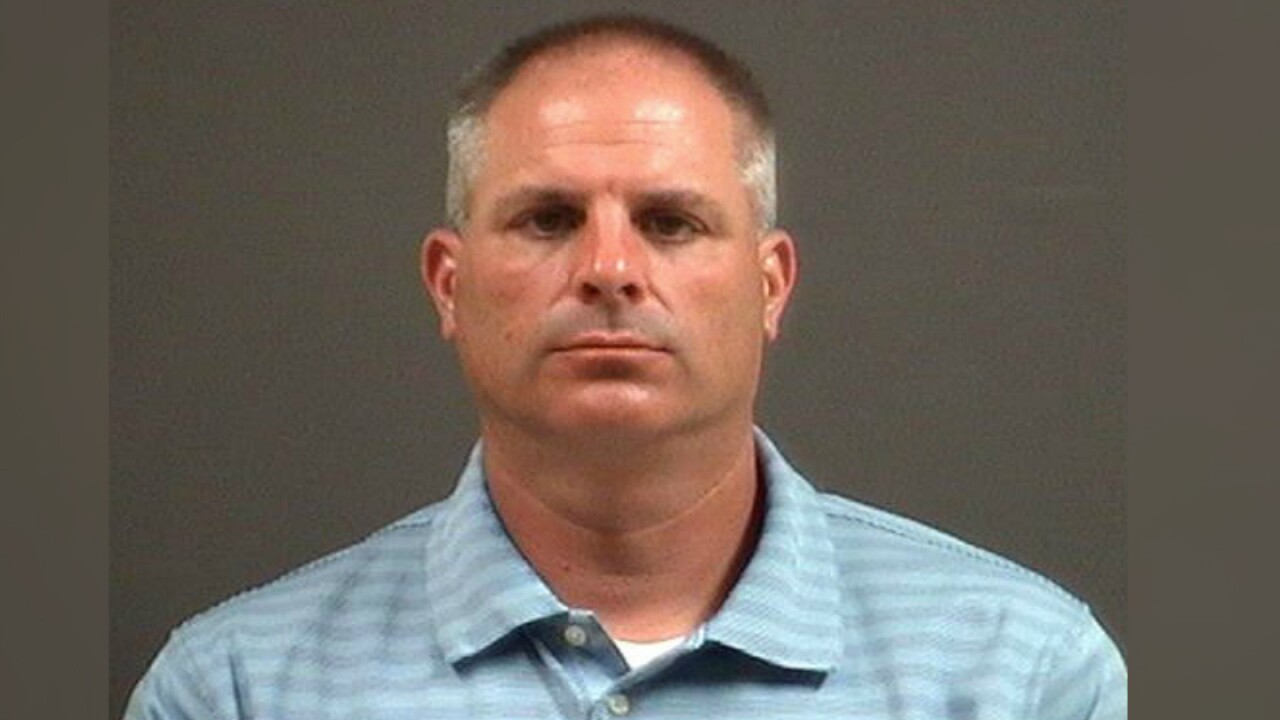 Chesterfield Police said David W. Bedwell, of the 2100 block of Hunters Mill Road in Powhatan, used school purchase orders to buy $5,000 "worth of equipment and other items" at L.C. Bird High.

Police said the 48-year-old took those items with him when he was named the head coach at Hermitage High School earlier this year.

Bedwell was arrested Thursday on two counts of embezzlement but was later released on a $3,000 unsecured bond, according to police.

"The items were recovered and returned to L.C. Bird High School," police said.

Officials with Henrico County Public Schools said it would be "inappropriate for anyone to speculate or issue further comment" Thursday evening.

Students expressed shock over the charges. CBS 6 spoke to countless students on Thursday, all of them calling him "an incredible guy who would do anything for anyone."

"I could never see Coach Bedwell doing something like that, he was an outstanding nice guy," a former player said.

Officials said Bedwell, who is also a school counselor at Hermitage, is on administrative leave with pay at this time.

Bedwell won three straight state championships with the Skyhawks between 2012 and 2014, along with 17 district and 7 regional titles at both Bird and Henrico.

Hermitage opens their season at home a week from Friday.

Depend on WTVR.com and CBS 6 News for complete coverage of this important local story. This is a developing story, so anyone with more information can submit a news tip here.