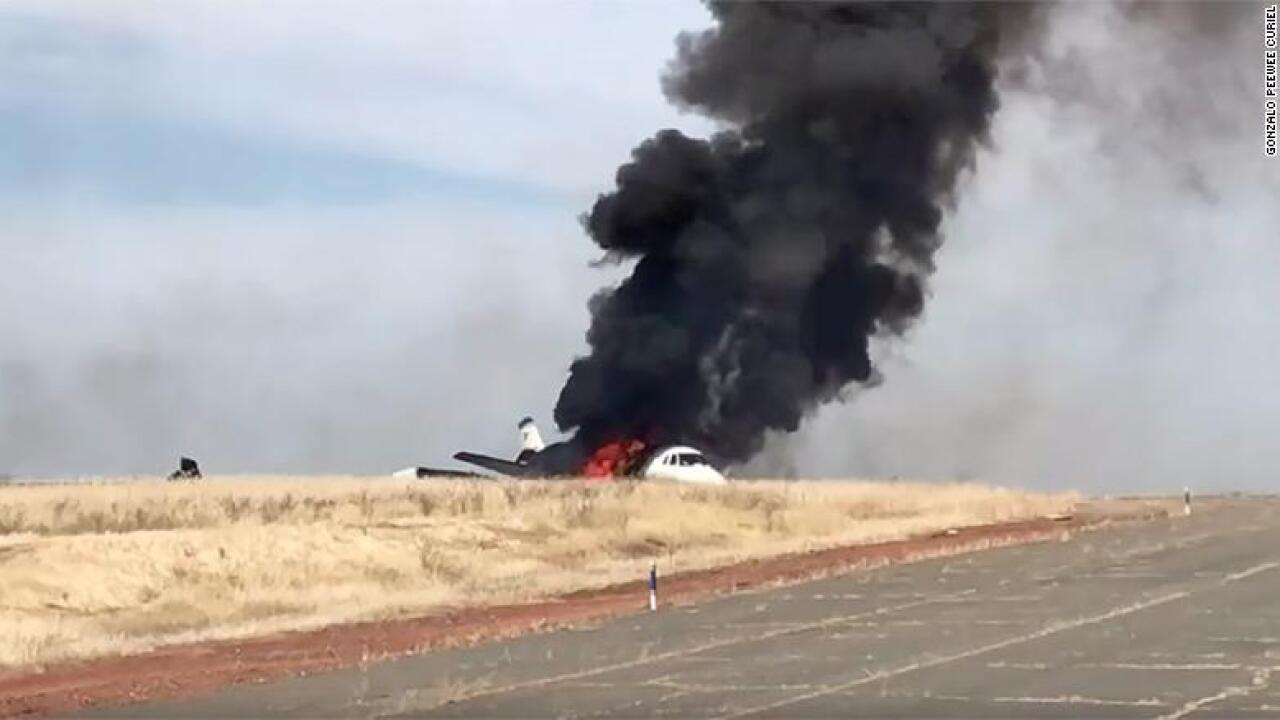 All 10 people on the plane somehow walked away from the crash in Oroville, California.

A small jet crashed during takeoff at the Oroville Municipal Airport in California shortly before noon on Wednesday, the Federal Aviation Administration reported.

All 10 people who were aboard walked away from the burning wreck uninjured, authorities said. Graphic Packaging International, a paper products company, confirmed that eight of its employees were on the plane.

This small jet burst into flames after aborting its takeoff.

The aircraft was a twin-engine Cessna Citation — the same model as the plane that crashed last week with Dale Earnhardt, Jr. and his family aboard.

The FAA said it’s not known why the pilot of the plane that crashed Wednesday aborted takeoff. After it slid off the end of the runway, the charter jet landed on the grass and caught fire.

The aircraft, which never fully lifted off the ground, was headed to Portland International Airport in Oregon.

All 10 people on the plane somehow walked away from the crash in Oroville, California.

The Cessna Citation is made by Textron Aviation Inc., which manufactures general, business and military aircraft. The company told CNN it has offered assistance in the NTSB’s investigation of Wednesday’s accident.

The FAA and the National Transportation Safety Board will investigate. Typically, an investigation takes a year or more to determine the cause of an accident.

In 2018, there were 113 plane crashes worldwide and 102 in the prior year, according to the Bureau of Aircraft Accidents Archives.

The 900-acre Oroville Municipal Airport has two runways and serves general aviation and business traffic as well as experimental aircraft, according to its website. Oroville, with a population of just under 19,000, is located in the Northern Sacramento Valley.