Walmart, a longtime seller of firearms, is reevaluating its position on guns 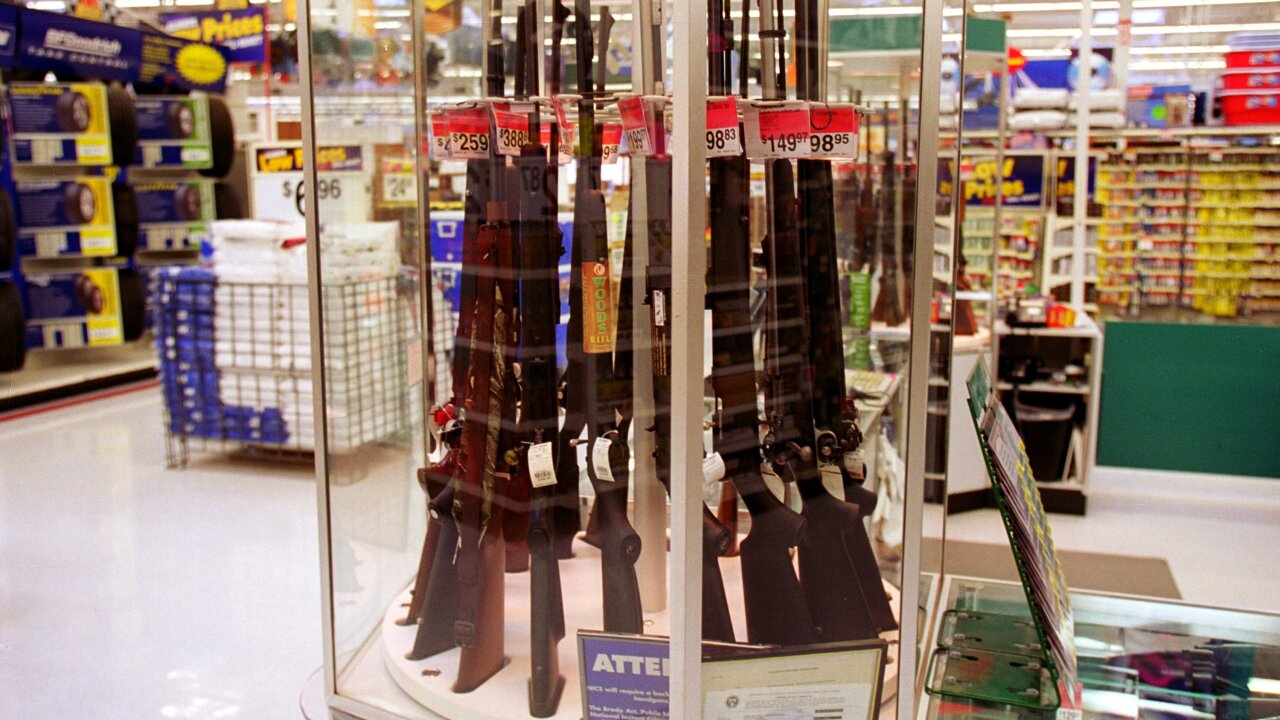 A Walmart corporate worker urged co-workers to stage a sick-out in a mass email that he hopes will persuade the company to stop selling guns.

Walmart founder Sam Walton was such a fan of firearms and hunting that Remington once named a shotgun after him. His company has long been one of the largest gun retailers in the United States.

But in recent years, Walmart has reevaluated its relationship with guns.

As mass shootings in America have become more frequent and more deadly, the companies that sell firearms have faced pressure to address gun violence. This month Walmart stores became the site of shootings. With the latest violence, this pressure is again directed at Walmart — not only from gun control advocates but also some customers and even employees.

So far, Walmart has not done what many want it to do: stop selling guns. But it has begun to take on a more activist role in the gun debate and, for the first time, it has detailed how big a role it plays in the firearms industry.

CEO Doug McMillon said last week that the company supports “common sense” gun control policies. He also used an earnings call with Wall Street analysts to make an unprecedented revelation: Walmart estimates that it contributes just 2% of total US gun sales and 20% of ammunition sales. He said this means Walmart is probably not among the top three guns sellers in the country.

One of the paradoxes of America’s legal gun business is that it’s relatively easy to buy a gun, but there are little hard data about sales. Government agencies and private-sector firms track how many cars are sold, or how much Americans spend on food and gasoline, but firearms sales are not tracked with the same detail. That’s what made Walmart’s revelation last week so noteworthy.

Burt Flickinger III, a veteran retail analyst with Strategic Resource Group, estimates that US retail gun sales total around $11 billion a year. That would mean Walmart makes about $220 million a year on guns. The company earned $331 billion in US sales in its latest fiscal year. By that measure, US gun sales represent less than a tenth of a percent of Walmart’s business in the United States, and an even smaller percentage of its $514 billion in global sales.

Flickinger said firearms are becoming less important to Walmart’s bottom line and estimates that sales have fallen 6% to 8% annually in recent years.

Meanwhile, Walmart is building out a robust 21st century business that sells a vast range of products. It’s focusing on fast growing categories like toys and pet supplies, buying fashion brands, and exploring other possible lines of business such as health care. As other retailers including Toys “R” Us and Payless have shut down, Walmart has gained customers looking for the products they used to buy at those stores. It must make shelf space to accommodate the demand.

“Gun sales is the fastest declining big category in the US and, just based on sales, is reaching a point of retail irrelevancy,” Flickinger said.

Guns and the bottom line

The message: Gun sales are not crucial to Walmart’s bottom line. Ending them would likely attract criticism from some quarters, and even alienate some customers. But it would be applauded by many other important constituencies — particularly its employees. In recent weeks, Walmart workers circulated a petition and some even called for a walkout over the issue.

“We value Walmart and our fellow associates, but we are no longer willing to contribute our labor to a company that profits from the sale of deadly weapons,” the petition reads. It has since gained more than 126,000 signatures, though some are from people who say they oppose the protest and don’t want Walmart to stop selling firearms. McMillon responded to the employee who headed up the petition on Wednesday, reiterating that the company would consider additional steps on the issue.

A group of gun control advocacy groups has created a website called Walmart Must Act that asks people to send a form letter calling on the company to stop selling firearms and advocate for gun reform.

In recent years, Walmart has worked to smooth its public image in other areas it has faced criticism. It has raised wages, improved worker benefits and advocated for a federal minimum wage increase.

“Walmart is very focused on being a good corporate citizen,” said Karen Short, a retail analyst with Barclays. “They’re very cognizant of their reputation with their customers, their employees, their vendors. So all of their decisions will be viewed through this lens.”

Since the El Paso shooting, Walmart has said it has scrubbed its website of about 1,000 third-party items that it deemed violated the company’s policies. And the company could take additional steps, McMillon said last week, though he did not mention anything specific.

“We will strive to use these experiences to identify additional actions we can take to strengthen our processes, improve our technology and create an even safer environment in our stores,” McMillon said. “We’re also thinking through the broader issues related to gun violence and things we should do to help create safer communities.”

McMillon suggested last week that lawmakers or other companies should follow Walmart’s lead. He said he is “encouraged” that support is building for stronger background checks. He also called for debate about the reauthorizing the federal assault weapons ban “to determine its effectiveness in keeping weapons made for war out of the hands of mass murderers.”

Gun control proponents say McMillon’s comments were a start but there’s more Walmart can do. Shannon Watts, founder of Moms Demand Action, urged the company to stop allowing open carry of firearms in its stores, something the company says it permits in states where it is legal. Other companies have stopped allowing open carry over the last decade, including Starbucks in 2013 and Target in 2014.

Watts pointed out that a man arrested for causing panic in a Missouri Walmart while wearing body armor and carrying a rifle days after the El Paso shooting was in a state where openly carrying such a weapon is technically legal. In those states, however, private companies can typically determine their own policies.

“Corporate leaders have a responsibility to protect their employees, their customers and their communities,” Watts said. “There should never be any misunderstanding again of what the intention is of someone who walks into Walmart with a gun.”

Watts also encouraged Walmart to step up its advocacy for gun control legislation, such as stronger background check laws.

It’s no longer taboo for companies to take a stand on gun violence or other controversial issues. Ed Stack, CEO of Walmart competitor Dick’s Sporting Goods, has been a prominent voice in the gun control movement since he started cutting down on his own company’s gun sales after the Parkland school shooting last year.