US blames Iran after drone is downed in Yemen 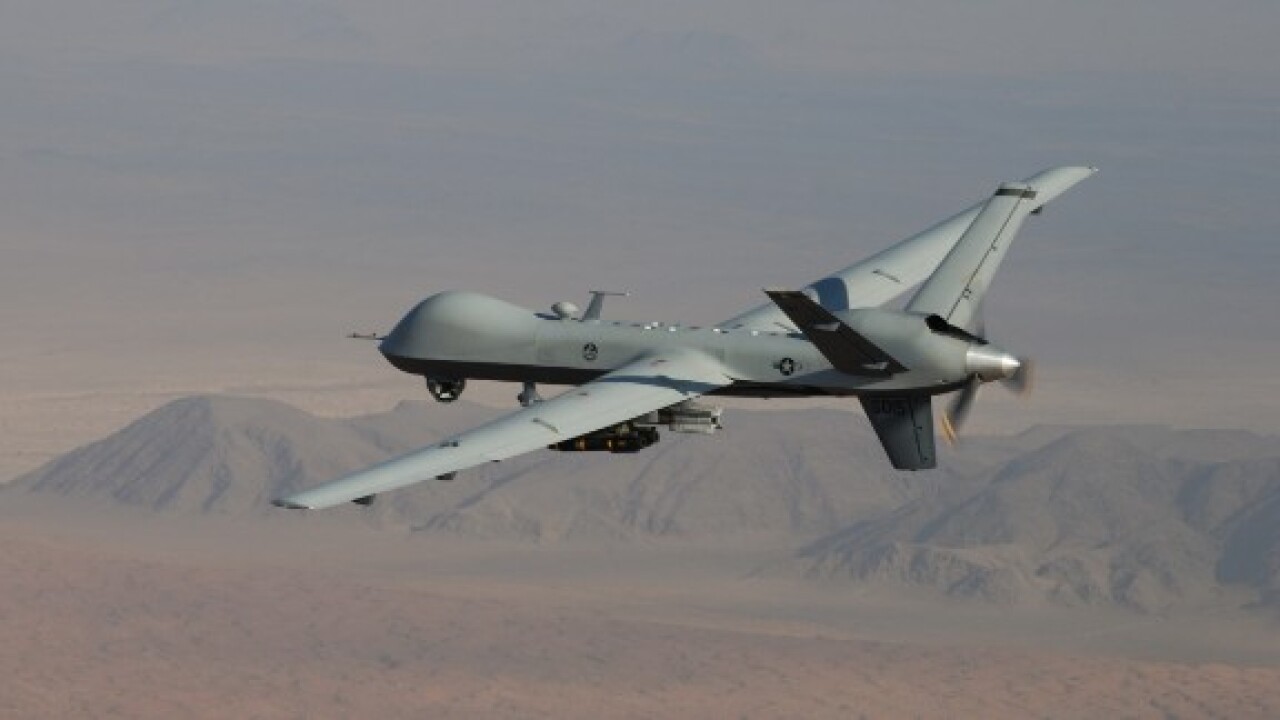 The US blamed Iran on Tuesday for the shooting down of a US MQ-9 drone over Yemen by a surface-to-air missile, an apparent escalation of tensions between Washington and Tehran.

The US believes the missile was provided to Houthi rebels by Iran, a US official said, adding that it was not immediately clear if the drone was being operated by the US military or the intelligence community. The rebels, however, said the missile used was “developed locally” and appeared to suggest it was not provided to them by Iran.

Statements from the Trump administration and the US military, however, clearly implicated Iran in the incident, which was first reported by Reuters.

“We are aware of reports of an attack by Iranian-backed Houthi forces on a US drone. The President has been briefed and we continue to investigate the matter,” National Security Council spokesman Garrett Marquis said in a statement.

“This attack is only possible because of Iran’s lethal aid to the Houthis and serves as yet another example of the regime’s relentless efforts to escalate conflict and threaten regional stability,” he added.

US Central Command said Wednesday that it was investigating “reports of an attack by Iranian-backed Houthi forces” on a US drone.

“We have been clear that Iran’s provocative actions and support to militant and proxies, like the Iranian-backed Houthis, poses a serious threat to stability in the region and our partners,” CENTCOM spokesman Lt. Col. Earl Brown said in a statement.

While the Houthi rebels have claimed their air defenses shot down the drone south of Yemen’s capital, Sanaa, a spokesman for the group seemed to deny that the missile was provided by Iran, telling reporters that it was “developed locally” and will be revealed at a press conference.

Wednesday’s incident comes as tensions between Iran and the United States continue to escalate.

Since the decision by President Donald Trump in 2018 to abandon the Iran nuclear deal, Washington has attempted to use what it calls “maximum pressure” to change Iran’s behavior and limit its nuclear ambitions primarily through the use of sanctions.

The downing of a US drone by Iran in June nearly led to a US military strike, with Trump calling off the attack minutes before it was to take place due to what he said would have been a high death toll. The US claimed the drone was in international airspace over the Strait of Hormuz, one of the world’s most vital shipping routes, while Iran said the drone was over its territory.

The US has also blamed Iran for explosions on two oil tankers this month near the strait, as well as on four commercial ships off the coast of the United Arab Emirates in May. Iran has categorically denied responsibility for the ship attacks.

Still, the US has said it would negotiate with Iran “without preconditions” — a claim that the Iranians have rebuffed. In an interview last month, Secretary of State Mike Pompeo said he would travel to Tehran if necessary. The spokesman for Iran’s foreign ministry dismissed the suggestion.

Iran also announced last month that its stockpiles of enriched low-grade uranium exceeded the 300-kilogram limit set in a landmark 2015 nuclear deal — a move is thought to be Tehran’s first major breach of the accord since Trump withdrew from the agreement last year.

On Tuesday, Pompeo warned against ending an arms embargo amid increasing efforts by Washington to restrict Iran’s oil exports. The arms embargo was put in place by the UN and is set to be lifted five years after the adoption of the nuclear deal.