Tree that crushed 2 cars in Richmond was ‘already dead,’ slated to come down 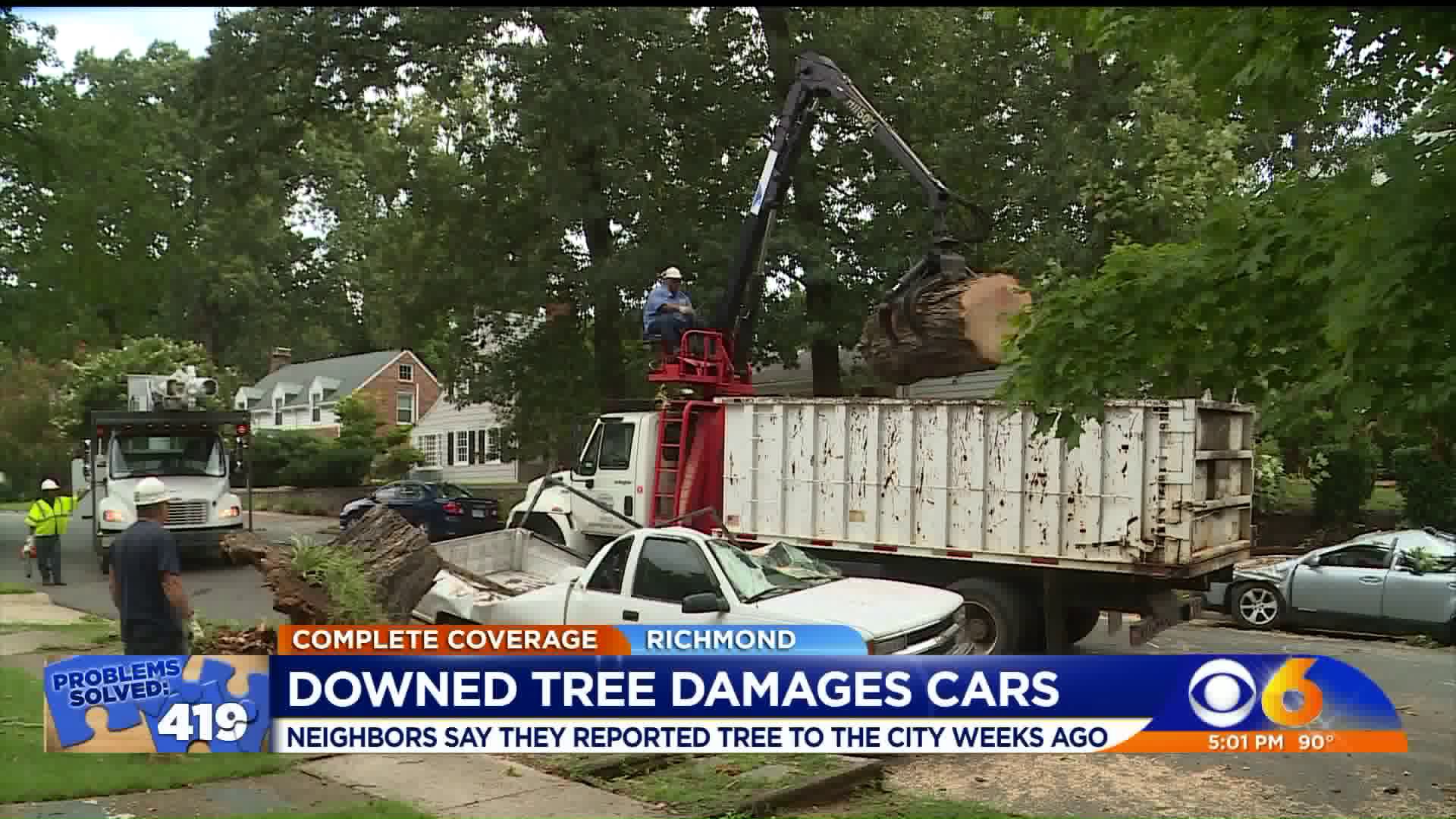 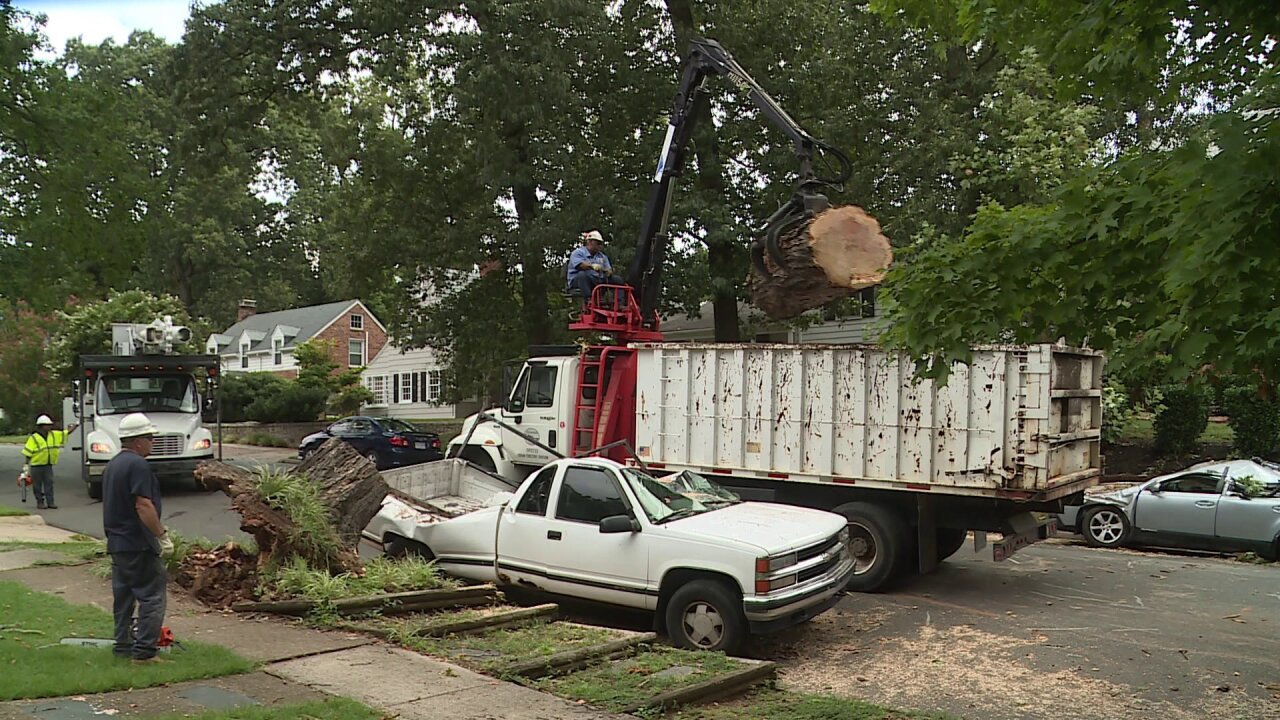 RICHMOND, Va. -- The maple that smashed two vehicles in Richmond's Westover Hills neighborhood was on the city's list of trees to be removed.

Strong storms toppled the maple, which crashed onto a truck and an SUV near the intersection of Peterborough and New Kent Roads just before 8 p.m. Tuesday.

"The rain and wind came up very suddenly. I heard the snap and then the car alarm went off," the SUV's owner told CBS 6. "A little bit of sadness over the car. I loved the car, but it’s replaceable. That's why we have insurance."

He said his neighbor relied on his truck for a cabinet making business.

Homeowners stated they notified the city about the tree after fears it may fall on cars or homes in a strong storm.

"A big chunk of it was already dead and hanging over the street," they stated.

"DPW inspected and designated the tree for contractor removal on 7-21-19, which was only one month ago," North said in a statement. "Tree removal is based upon priority, which does not account for high winds, storms and unforeseen events."

North did not provide a date for when the tree was scheduled to be cut down.

"Some of these trees around the city that may be in danger of falling -- I'd like to see the city work on those, but I understand that’s a large task," the victim said.

Storms earlier Tuesday afternoon caused a tree to crash onto a home and car on Richmond’s Northside.

That tree fell on a home in the 3000 block of Hanes Avenue near West Brookland Park Boulevard.

Richmond Fire officials said no one answered the door when they knocked, leading them to believe no one was home when the tree fell. 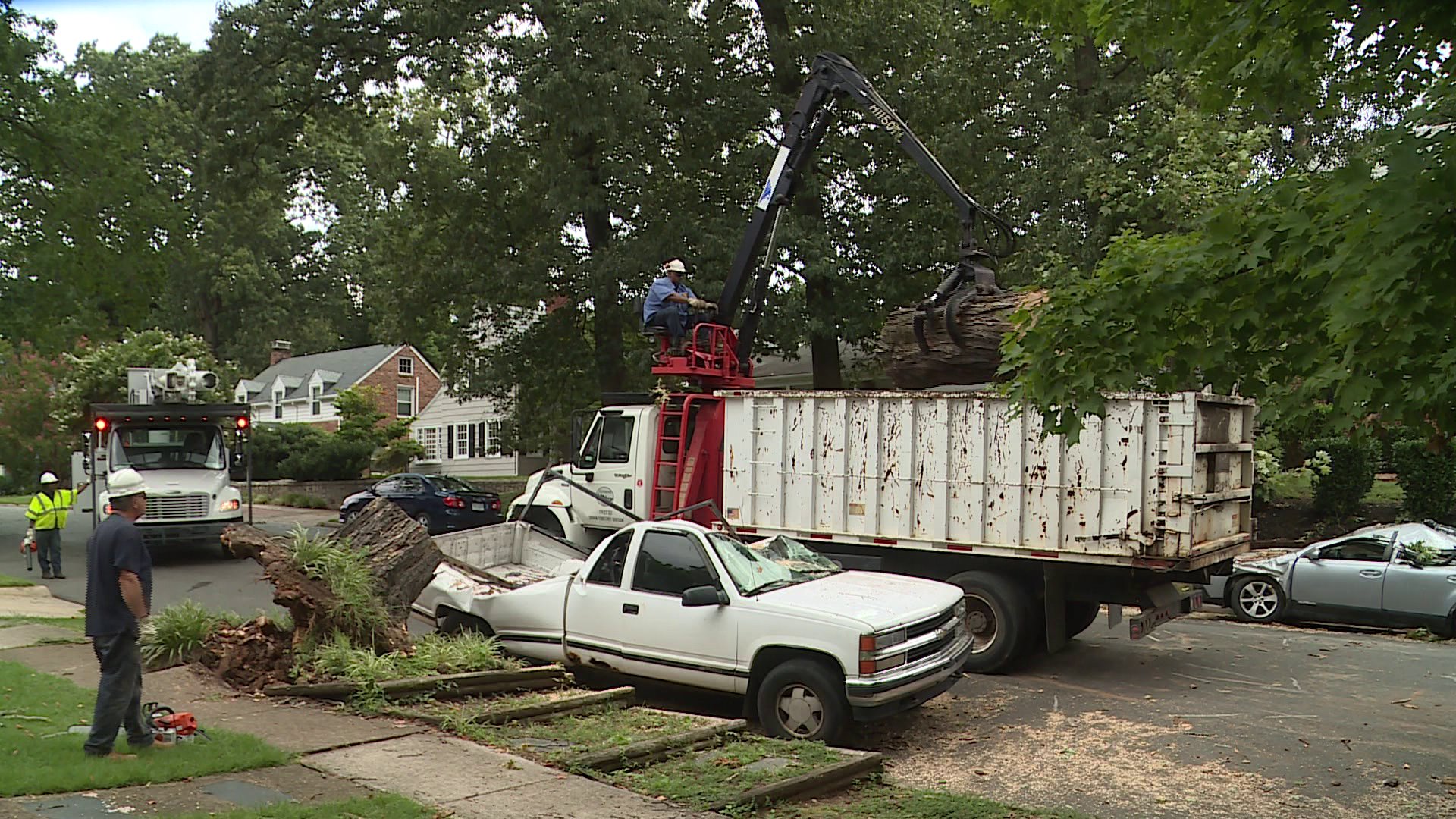