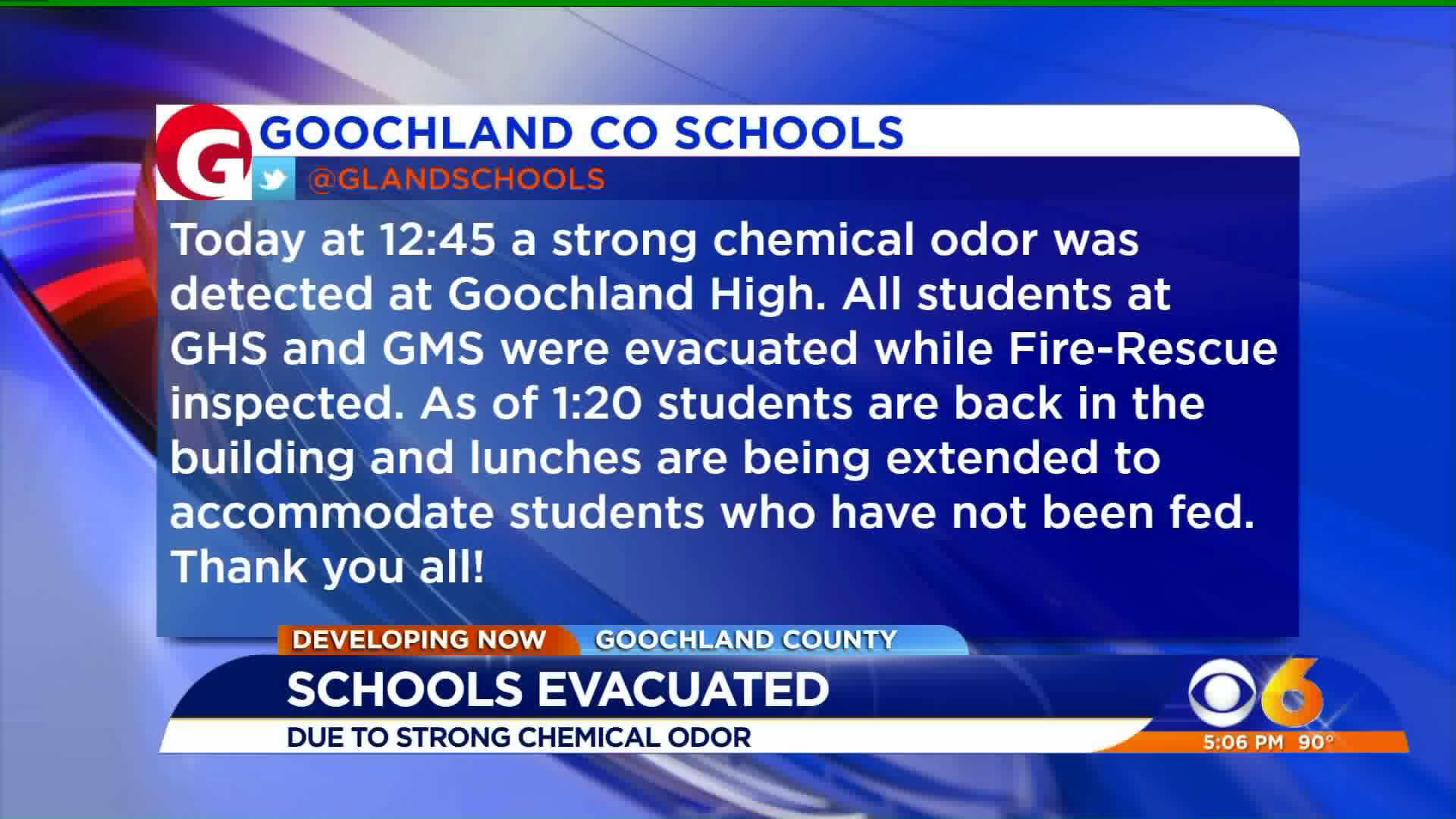 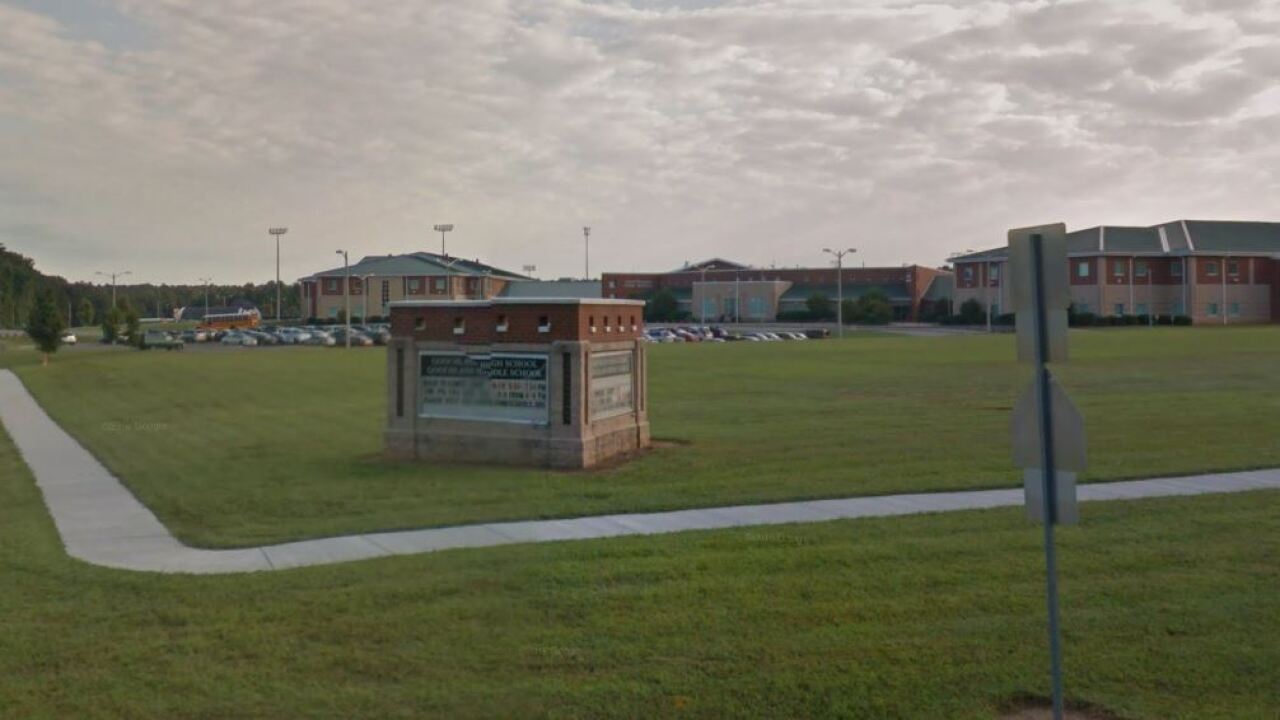 GOOCHLAND COUNTY, Va. -- Students and staffers at Goochland County's high and middle schools were evacuated Wednesday afternoon over a "strong chemical odor," according to officials.

School officials said the odor was detected at Goochland High School at 12:45 p.m.

"All students at GHS and GMS were evacuated while Fire-Rescue inspected," officials posted on Facebook and Twitter. "We do not believe this is related to the earlier issue with stagnant water but we will update our community shortly."

Today at 12:45 a strong chemical odor was detected at Goochland High. All students at GHS and GMS were evacuated while Fire-Rescue inspected. As of 1:20 students are back in the building and lunches are being extended to accommodate students who have not been fed. Thank you all!

Students were allowed back inside the building as of 1:20 p.m., according to officials.

As a result, officials said lunch periods were being extended to accommodate students who had not yet eaten.

There has been no word yet on the source of the odor.

This is the third day of classes for students in Goochland County.

Officials warned drivers earlier this week that "there will be a lot more traffic on our roads and around our campuses compared to what we have experienced this summer."

"Please be mindful of our buses, our students standing at bus stops, and our new student drivers," officials said. "Please also remember that there are extra cameras on the outside of 8 of our bus routes this year. Be sure to stop when you see our buses stopped with their red lights flashing and their stop arm extended. Motorists may be fined $250 for failure to comply."

Most metro Richmond school students will head back to school after Labor Day on Tuesday, Sept. 3.