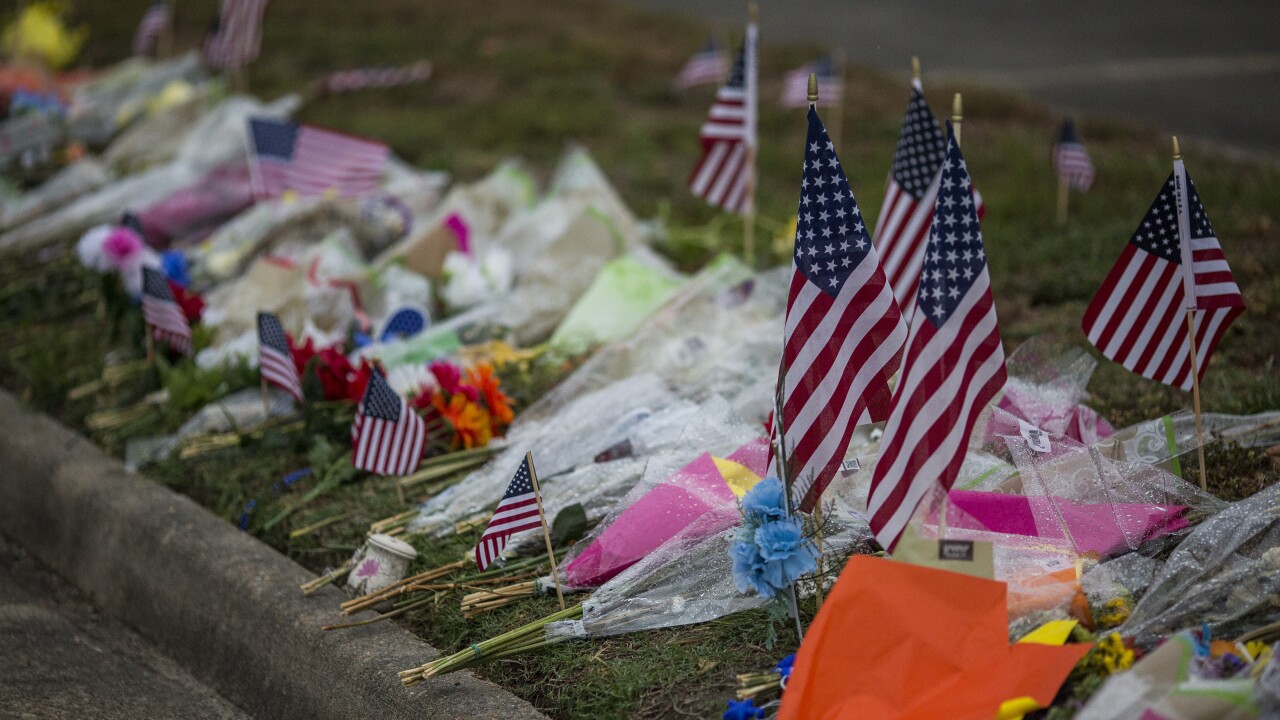 VIRGINIA BEACH, VA – JUNE 05: A memorial honoring the victims of the June 1 Virginia Beach shooting stands near the Virginia Beach Municipal Center on June 5, 2019 in Virginia Beach, Virginia. Eleven city employees and one private contractor were shot to death Friday in the Municipal Center Operations building by engineer DeWayne Craddock who had worked for the city for 15 years. (Photo by Zach Gibson/Getty Images)

HAMPTON ROADS, Va. — The United Way of South Hampton Roads held a news conference Tuesday to provide updates on the Virginia Beach Tragedy Fund, which was set up to help victims of the mass shooting that happened in the city on May 31.

According to the non-profit, in order to protect the victims and their interests, United Way of South Hampton Roads has partnered will local attorney and victims advocate, Jeffrey Breit, who has already been working with victims of the shooting, those killed and injured.

Eleven of the 12 people killed in the mass shooting worked for the City of Virginia Beach and were in City Municipal Building 2 when the shooting took place.

As of August 20, more than $4 million has been raised by the Virginia Beach Tragedy Fund, with the second round of gifts distributed to victims and their families totaling over $3 million.

In the days following the mass shooting, the City of Virginia Beach reached out to the United Way of South Hampton Roads to provide a tragedy fund that people could donate money to in order to help victims and their families.

The first distribution of funds was given out to the families of those killed to pay for funeral arrangements.

Breit said during the news conference that most families will be picking up the check from him following the update from the United Way on Tuesday. He added that two local judges helped him decide how funds should be split up between the families and that the Executive Board of the United Way ultimately made the final decision on the distribution of fund following his advice.

The $3 million in funds given to the victims and the families of those lost were not split equally between them.

In the news conference, it was explained that the funds were given out on a need basis, with certain families being allocated more money than others.

Breit says more money is still needed to cover all needs of survivors and surviving family members of those killed.