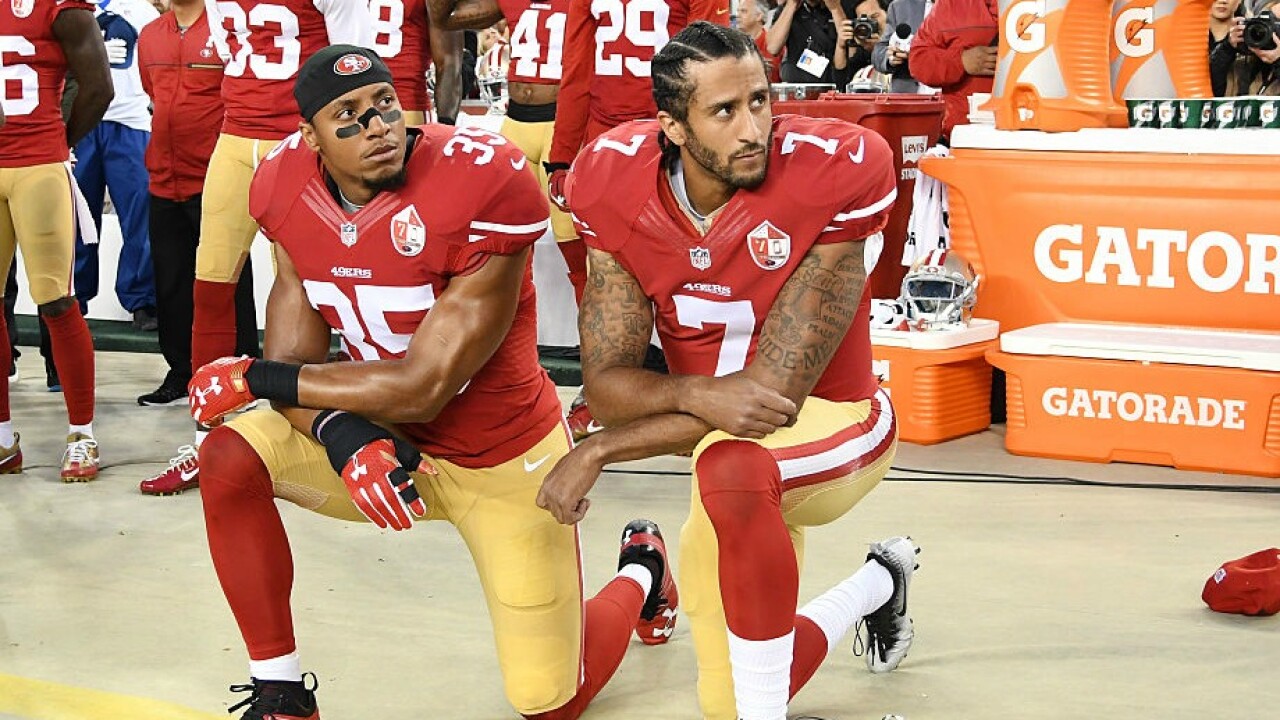 It was ultimately a means of taking on police brutality and systemic racial injustice, but former NFL quarterback Colin Kaepernick says his decision to kneel in protest during the pregame National Anthem began with one man.

“The discussion happened shortly after the execution of Mario Woods,” Kaepernick told Paper magazine, a publication focusing on fashion and entertainment.

That was December 2, 2015, nine months before Kaepernick infamously chose to sit during the “Star-Spangled Banner” ahead of his San Francisco 49ers taking the field. The protest later evolved into kneeling after onetime Seattle Seahawk and Green Beret Nate Boyer convinced Kaepernick it would be more respectful to the nation’s military, the ex-quarterback has said.

Woods’ killing in San Francisco’s Bayview neighborhood set off months of protests. A report later indicated that the 26-year-old had suffered 21 gunshot wounds, including two to the head and six in his back.

Authorities alleged that Woods was a stabbing suspect who was on numerous drugs when confronted by police. Officers opened fire only after he refused to drop a knife, they said.

Why Nike is siding with Kaepernick

Several cell phone videos of the incident, however, showed five officers unleashing a barrage of gunfire on Woods as he was surrounded by a sea of police. Critics of the police response said Woods was too far away from officers to present a legitimate threat of injury or death.

The incident led the US Justice Department to recommend widespread changes in the San Francisco Police Department, but it also led to a discussion between Kaepernick and his partner, TV and radio personality Nessa Diab, better known simply as Nessa.

The pair devised a plan, Kaepernick told Paper, that led to the launch of his Know Your Rights Camp, which bills itself as a youth initiative aimed at advancing “the liberation and well-being of black and brown communities through education, self-empowerment, mass-mobilization and the creation of new systems that elevate the next generation of change leaders.”

“This movement needs all types of people,” Kaepernick said, according to the magazine. “From athletes to healers to poets and artists to scholars and lawyers, we need everyone to contribute to the struggle. The struggle is affecting all of us, period.”

After Woods’ death, Kaepernick began reading books that would help him draw a blueprint for the camp and what it would impart, Nessa told Paper. Many of the books dealt in societal struggle, including Alex Haley’s “The Autobiography of Malcolm X,” Angela Davis’ “Women, Race & Class” and Black Panther Party co-founder Huey Newton’s autobiography, “Revolutionary Suicide.”

“If Colin wasn’t reviewing a playbook,” Nessa told the magazine, “he was reading a history book.”

He and former teammate Eric Reid, now of the Carolina Panthers, filed grievances alleging teams were keeping them from playing because of their activism. Both players settled their cases against the NFL in February.