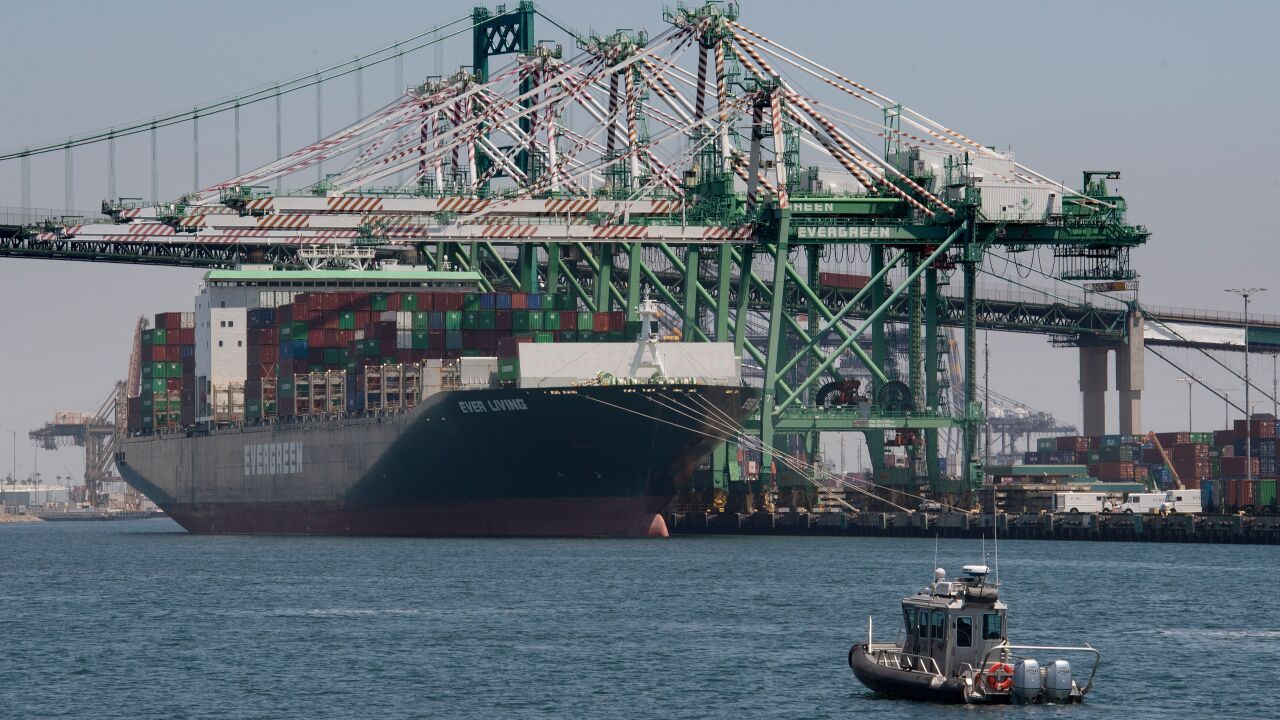 A container ship unloads it’s cargo from Asia, at the Long Beach port, California on August 1, 2019. – President Donald Trump announced August 1 that he will hit China with punitive tariffs on another $300 billion in goods, escalating the trade war after accusing Beijing of reneging on more promises. (Photo by Mark RALSTON / AFP) (Photo credit should read MARK RALSTON/AFP/Getty Images)

The tariffs Trump has already imposed on China are estimated to cost the average American household $600 per year, according to a report by JPMorgan Chase. That will rise to $1,000 if Trump carries through on his plan to levy tariffs on another $300 billion of US imports from China, the bank added.

Trump is expanding the trade war with China to include tariffs on a wide swath of consumer goods, including video game consoles, TVs and apparel.

The tariffs will “significantly” impact the “wallet of the US consumer/voter ahead of the 2020 election,” JPMorgan equity strategist Dubravko Lakos-Bujas wrote in the report, which was sent to bank clients on Friday.

He said the tariffs on China will wipe out most of the benefits households got from the Republican tax cuts.

JPMorgan’s take is very different from what the Trump administration has been saying. “Consumers have not been hurt,” White House adviser Peter Navarro told CNN’s Jake Tapper on Sunday. “China is bearing the whole burden.”

The tit-for-tat battle between the world’s two largest economies threatens to set off a severe slowdown or even recession. That risk has sparked turbulence in the stock market and pushed nervous investors to put their money in bonds.

“The strongest economies can become vulnerable to recession as a result of protectionist policies and trade wars,” Kristina Hooper, chief global market strategist at Invesco, wrote in a note to clients on Monday.

Hooper noted that the American economy was enjoying rapid growth and very low unemployment in 1929 before the Smoot-Hawley Tariff Act went into effect.

Many in Corporate America agree with the Trump administration’s goal of getting China to play fair on trade, especially the use of non-trade barriers such as forced technology transfers. However, there is growing concern about the use of tariffs as a negotiating tool.

Trump escalated the trade war with China this month by vowing to impose 10% tariffs on $300 billion of US imports from China on September 1.

However, some goods from China are still scheduled to get hit with a 10% tariff on September 1. That includes food items such as peanuts, meats and cheese, a significant amount of footwear imports from China, apparel such as gloves and scarves, and consumer tech products like smart speakers, printers and TVs.

“There is no simple way to compensate consumers,” Lakos-Bujas wrote.

He said the high impact for US households from the latest round of tariffs means there is a “good chance” the Trump administration will end up scrapping the taxes altogether.

It’s vitally important that the trade war avoids infecting consumer spending, which accounts for the bulk of the American economy.

Corporate profits are already under pressure from the trade war.

JPMorgan lowered its estimate of 2020 S&P 500 profits to account for the September 1 tariffs. It warned profits would get worse if the tariffs scheduled for December 15 go ahead.

Home Depot dimmed its sales guidance on Tuesday in part because of a potential demand weakness caused by the tariffs on China.

“The US consumer is facing the impact of tariffs. While trade discussions are fluid, consumer demand could be impacted,” Carol Tome, Home Depot’s chief financial officer, told analysts.

Kohl’s is working with vendors to prepare for the impact from tariffs.

“Everybody has been very well prepared to take this on,” Kohl’s CEO Michelle Gass said Tuesday.

She left the door open to raising prices, saying Kohl’s will “make very sound and surgical decisions as these issues come forward.”

Big companies stand a better chance to absorb the tariffs because they have greater leverage to raise prices, stronger balance sheets and more diversified supply chains.

However, JPMorgan warned that tariffs could be a “significant headwind” for small businesses because they have less ability to pass down costs to customers and suppliers. The firm noted that small businesses account for almost half the US economy and workforce.

“The unintended spillover effects of tariffs to the economy” and corporate earnings, Lakos-Bujas said, “could be much more severe” if small businesses are forced to cut jobs to cope with tariffs.