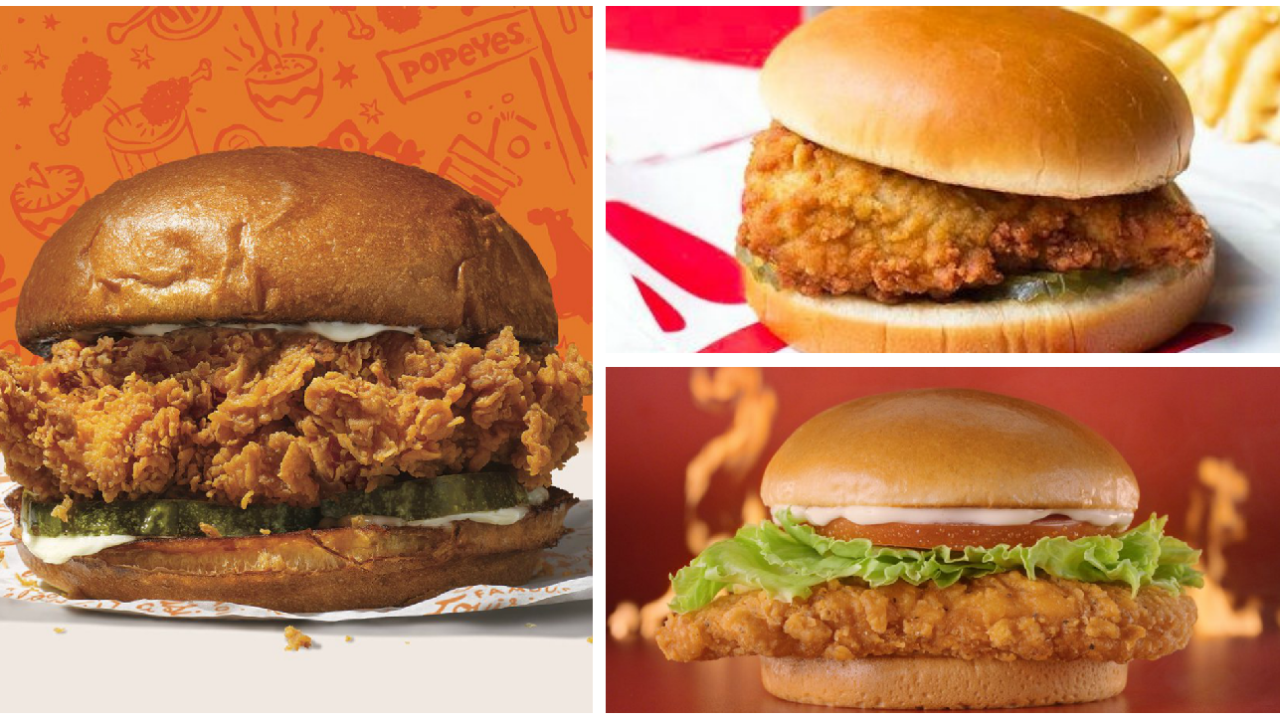 Welcome to 2019, when everything is made up and brands fight on Twitter about which has the best chicken sandwich.

If you didn’t know, many fast food franchises offer chicken sandwiches. Some people prefer the pickle-crowned Chick-fil-A original. Others opt for Wendy’s or Church’s or whatever they need to buy at the next highway exit so they can use the restroom. It’s not complicated. It’s a sandwich, and people have their opinions.

However, we live in a time of endless, churning rancor, and at no point should we have expected that even our chicken would be spared. Over the past 36 hours, a feedback loop of sassy brand tweets from fast food chains has caused major upheaval among the chicken sandwich factions.

When recounting the Great Chicken Sandwich War to our grandchildren, our Boston Tea Party, our assassination of Archduke Franz Ferdinand, will be Popeyes’ announcement of a new chicken sandwich.

The joyous occasion was sullied by a subsequent Chick-fil-A subtweet, which Popeyes was quick to respond to. Imagine future historians piecing together this complex political web.

But wait! Fast-food Twitter’s resident rabble-rouser, Wendy’s, had to have her say. Popeyes responded, but the chain’s biscuits ended up falling to friendly fire.

Sounds like someone just ate one of our biscuits. Cause y’all looking thirsty. https://t.co/89eqI5vk2z

Bojangles’ and Shake Shack also engaged in some light saber-rattling, as did some lesser-known chicken forces. It was quite the battle royale. For some reason, Boston Market even entered the fray, trying to take a swipe at Chick-fil-A’s new mac and cheese offering. You’re fighting with the wrong weapons, Boston Market!

As cute as these exchanges are, they still have an uncanny “Black Mirror” quality to them, like when you get two Amazon Echoes to talk to each other. The more productive theater of the Chicken Sandwich War has played out among Twitter’s paladins, with random users dragging Bojangles‘ and invoking the unassailable opinions of the ultimate chicken sandwich deciders: their grandmothers.

Like all serendipitous social media fascinations, there is a spark of academic possibility amid the chicken insults. After all, a chicken sandwich can represent so much: regional preferences, class divisions, cultural traditions.

Yes, one could pack plenty of socioeconomic insight into the Chicken Sandwich Discourse if it were given a chance to rise above the faux-squabbling throng of fast food social media directors. But one does not want to think about chicken sandwiches that much.