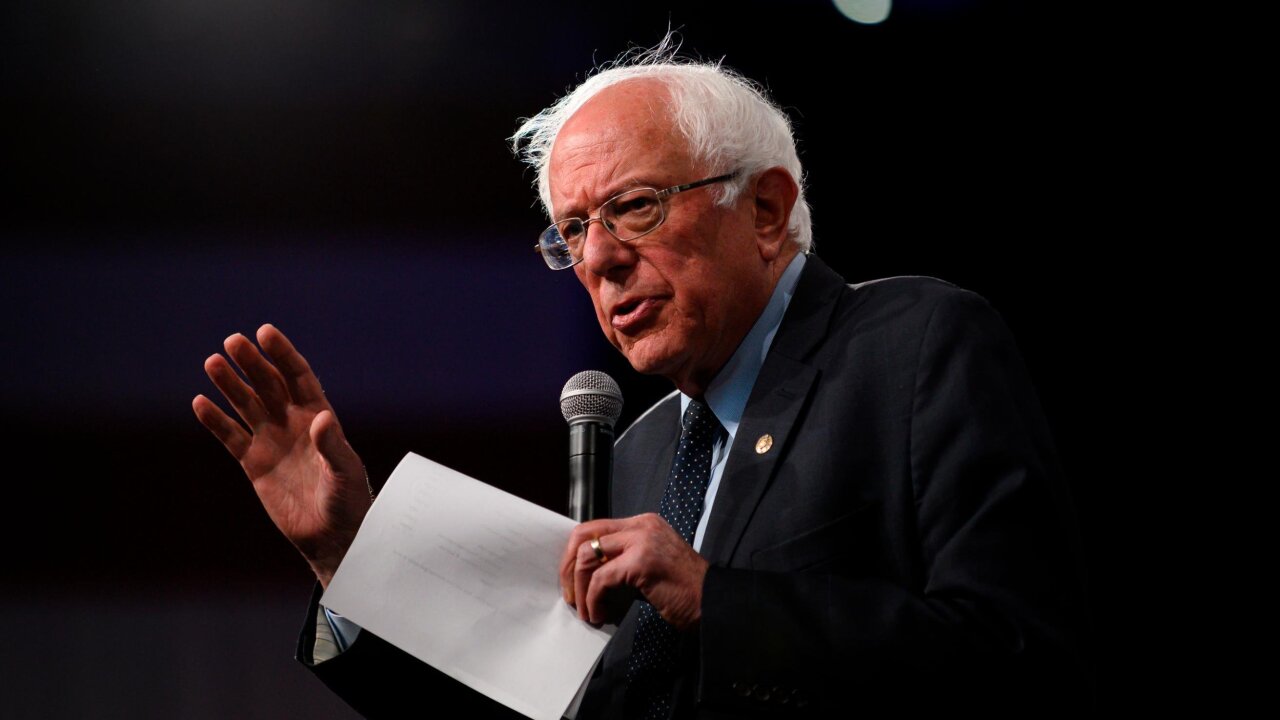 Sen. Bernie Sanders on Tuesday jabbed at President Donald Trump after the President claimed that American Jews who vote for Democrats “(show) either a total lack of knowledge or great disloyalty.”

“Let me say this to the President. I am a proud Jewish person. And I have no concerns about voting Democratic. And, in fact, I intend to vote for a Jewish man to become the next president of the United States,” Sanders said at a campaign event in Sioux City, Iowa.

Trump’s criticism of Jews who vote for Democrats came during a conversation with reporters in the Oval Office about Democratic Reps. Rashida Tlaib of Michigan and Ilhan Omar of Minnesota having their trip to Israel scrapped by the Israeli government. Tlaib later declined the chance to enter the country to see her grandmother.

“Where has the Democratic Party gone? Where have they gone where they’re defending these two people over the state of Israel?” Trump said Tuesday.

Sanders has continually showed his support for Tlaib and Omar, especially when the President congratulated the Israeli government for banning them.

“It is disgusting that a bigot like Trump is attacking @RashidaTlaib and @IlhanMN in this way. Opposing Netanyahu’s policies is not ‘hating the Jewish people.’ We must stand together against those who promote hatred and racism in Israel, Palestine, the U.S. and everywhere,” Sanders tweeted on August 15.

Sanders, who in 2016 became the first Jewish candidate to win a major-party presidential primary, often refers to his family’s experience fleeing the Holocaust. The Vermont independent has especially done so recently as he embarked on a broader argument that Trump’s rhetoric is stoking white supremacy in America.

“Most of my father’s family was brutally murdered at the hands of Hitler’s white supremacist regime,” Sanders tweeted on August 5. “A regime which came to power on a wave of violence and hatred against racial and religious minorities. We cannot allow that cancer to grow here.”

Sanders also frequently shares with audiences around the country that his father immigrated to the United States at the age of 17, fleeing prosecution in Poland.

“Like many other families in America, my father came to this country at the age of 17, came alone, without a nickel in his pocket, couldn’t speak a word of English and came with very limited education,” Sanders said in Long Beach, California, on August 6. “I am the proud son of an immigrant.”

Sanders has been critical of the Israeli government for its treatment of the Palestinian people while also mentioning his Jewish faith.

“Israel has every right in the world to live in peace and security. But so do the Palestinian people,” Sanders told a crowd in Berlin, New Hampshire, on August 13.

“As somebody who is proudly Jewish, to be critical of a right-wing Netanyahu government in Israel is not to be anti-Semitic,” Sanders added.