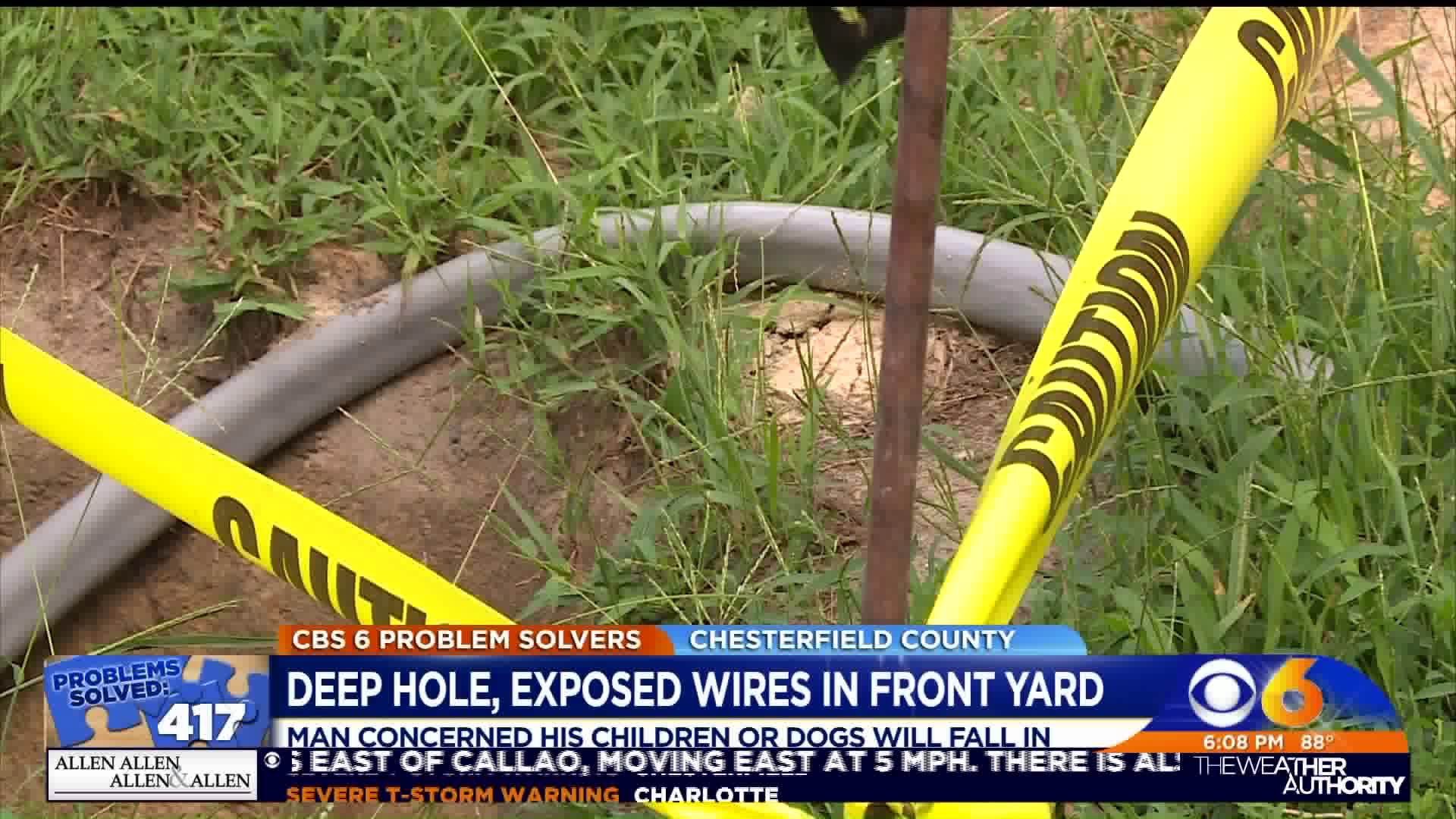 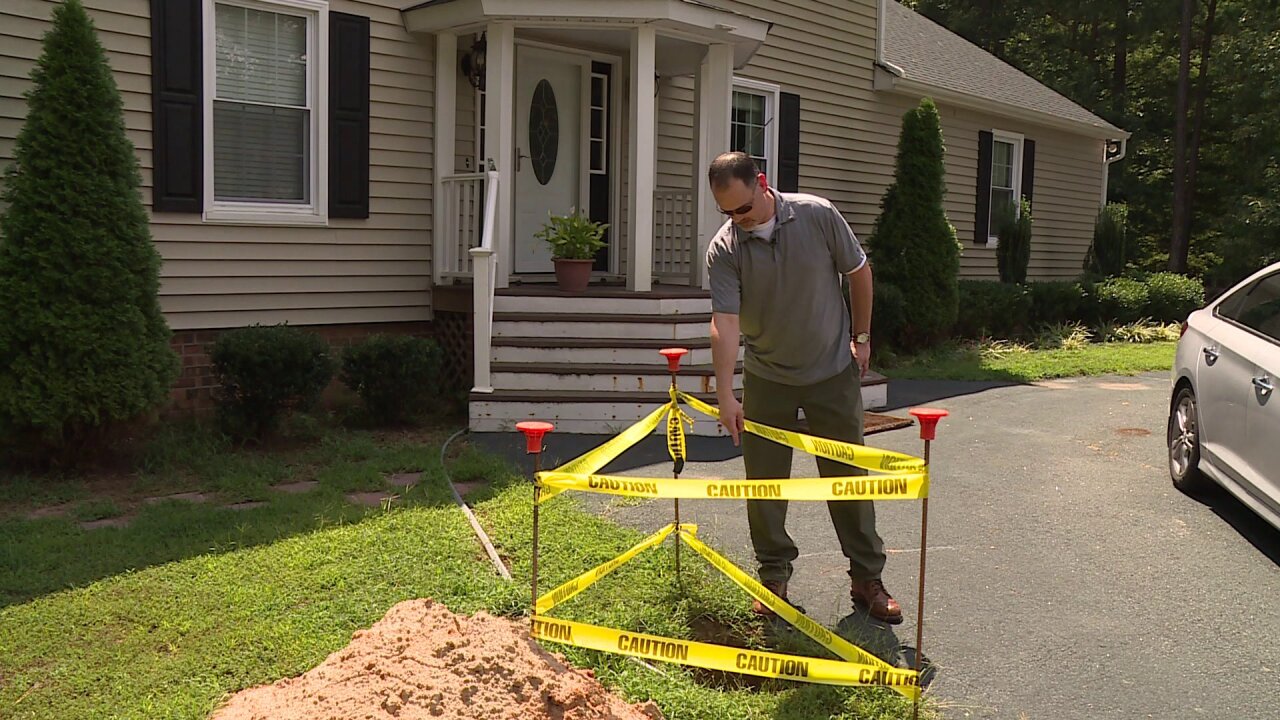 CHESTER, Va. -- A homeowner in Chester reached out to the CBS 6 Problem Solvers after he said Dominion Energy left a hole with exposed live wires in his yard for weeks.

David Kopf said the power went out at his Fieldwood Road home back in late July. Kopf said crews were quick to diagnose a phase failure and restore power to the homeowner.

Since that day, however, a three-foot deep hole with three electrical wires wrapped in electric tape has been sitting directly next to his driveway and a few feet from the front porch of the home, where he lives with his wife, two young children, and two dogs.

The hole is part of the temporary service line running to his main electrical box.

“If this eyesore was 15 feet into the woods, it wouldn’t bother me because it’s not the extension cable that I see as a safety hazard; it’s the three-foot hole in the ground that’s this close to my house and driveway,” Kopf said. "Last thing I need is the kids or the two dogs wandering into this hole with the exposed wires.”

In the weeks that followed, multiple calls to Dominion Energy’s customer service department went nowhere, according to Kopf. He said a supervisor eventually told him the final fix would be complete by August 14. With the hole still sitting in his yard, Kopf decided to call CBS 6 Problem Solvers.

"Unfortunately, given the safety nature of the whole situation, that’s really the only avenue I felt I had left to pursue,” Kopf said. “I don’t know if it’s a result of Dominion versus the contractor that’s going to come out and do the work, but all I would really appreciate is just some follow up.”

CBS 6 contacted Dominion Energy about Kopf’s situation. A spokesperson said they are working to fix the temporary service at his home “as soon as possible” and are working to schedule the job.

The spokesperson said it is standard practice to have some exposed lines during temporary service electrical set ups, and Dominion said it is not a safety hazard.

After our calls, Kopf said he received a message from Dominion that they would try to finish the job this week.