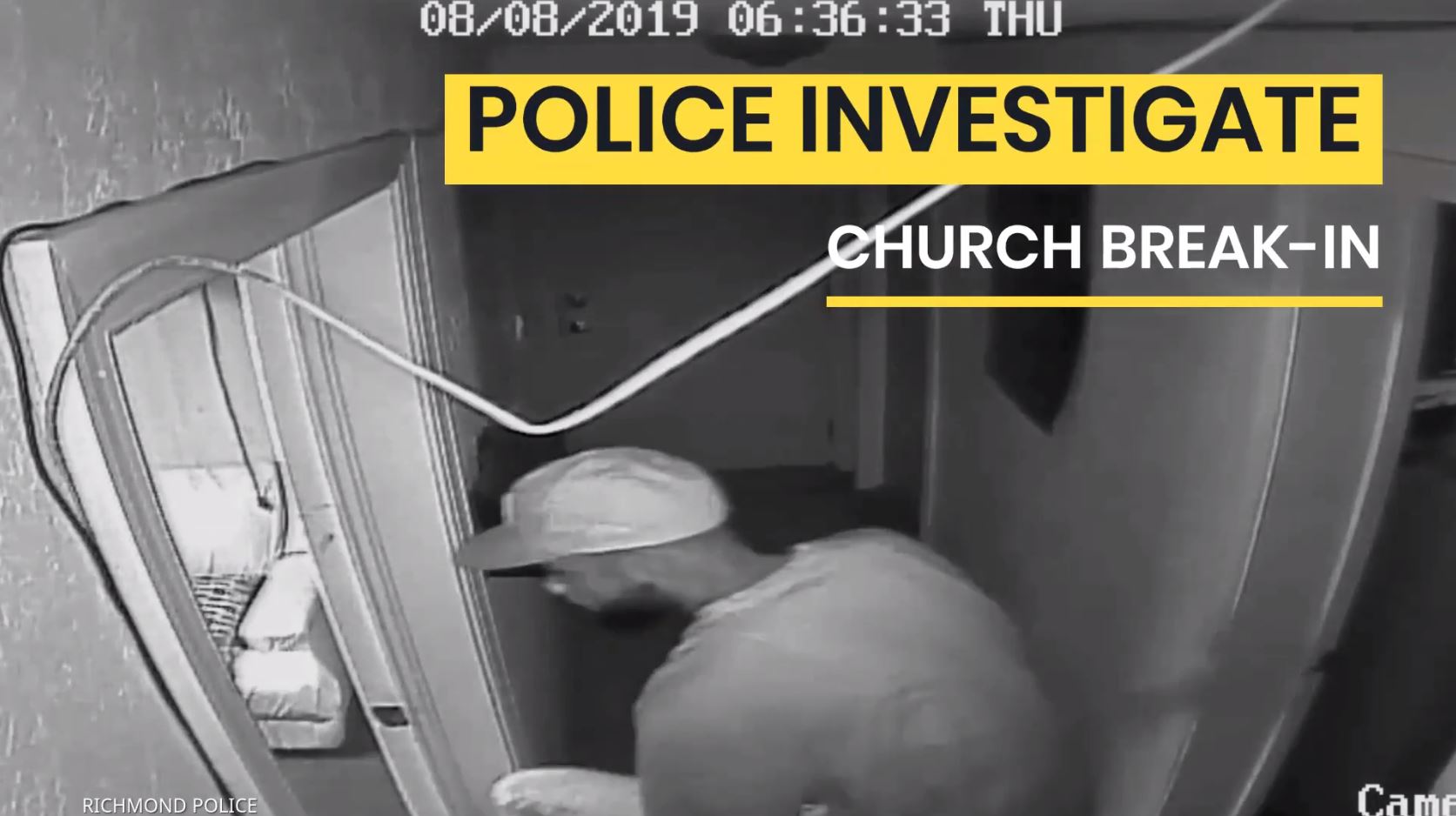 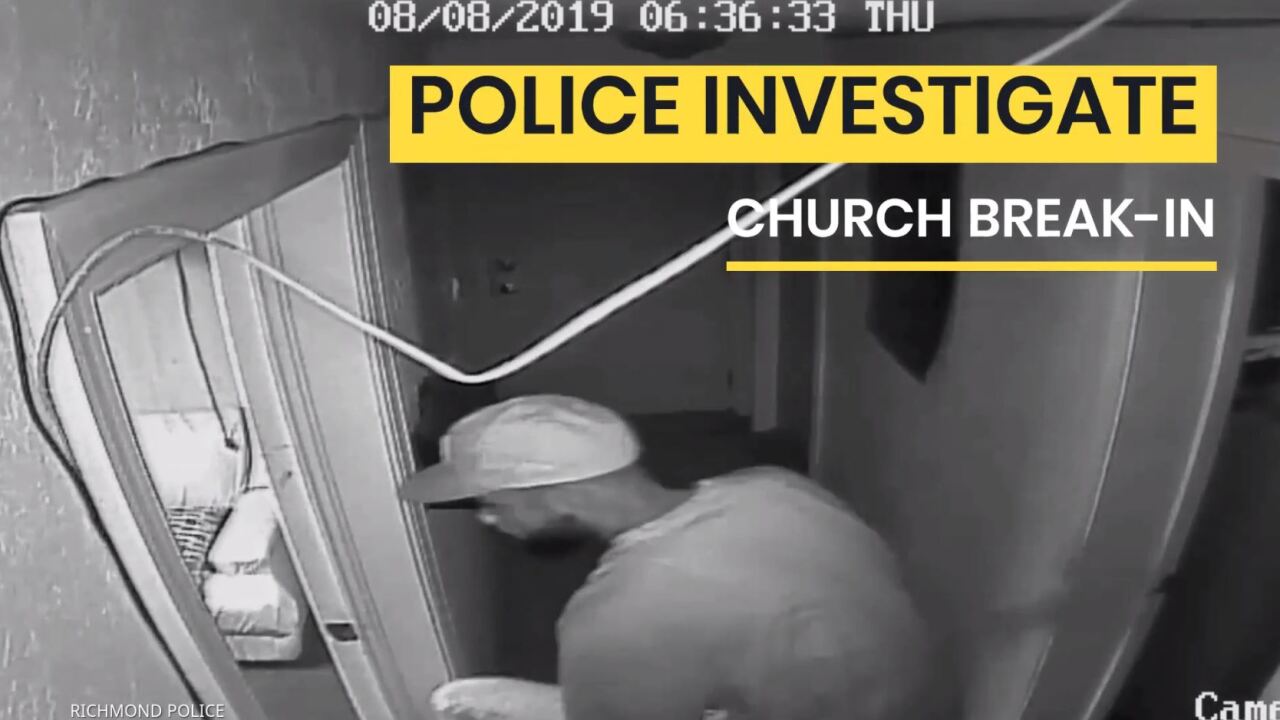 RICHMOND, Va. -- Police detectives are looking for the man who broke into a Richmond church.

"At approximately 9:28 a.m. on Thursday, August 8,, officers responded to the Faith Holy Church at 1022 North 22nd Street for the report of a break in," a Richmond Police spokesperson said. "When police arrived, the victim told police that earlier that morning an unknown man had pushed the AC unit in and broke into the church. The man reportedly stole an item and is seen leaving the church on security footage."

Anyone with information about the identity of this man is asked to call First Precinct Detective D. Jones at (804) 646-0689 or contact Crime Stoppers at (804) 780-1000, online at http://www.7801000.com. The P3 Tips Crime Stoppers app for smartphones may also be used. All Crime Stoppers methods are anonymous.