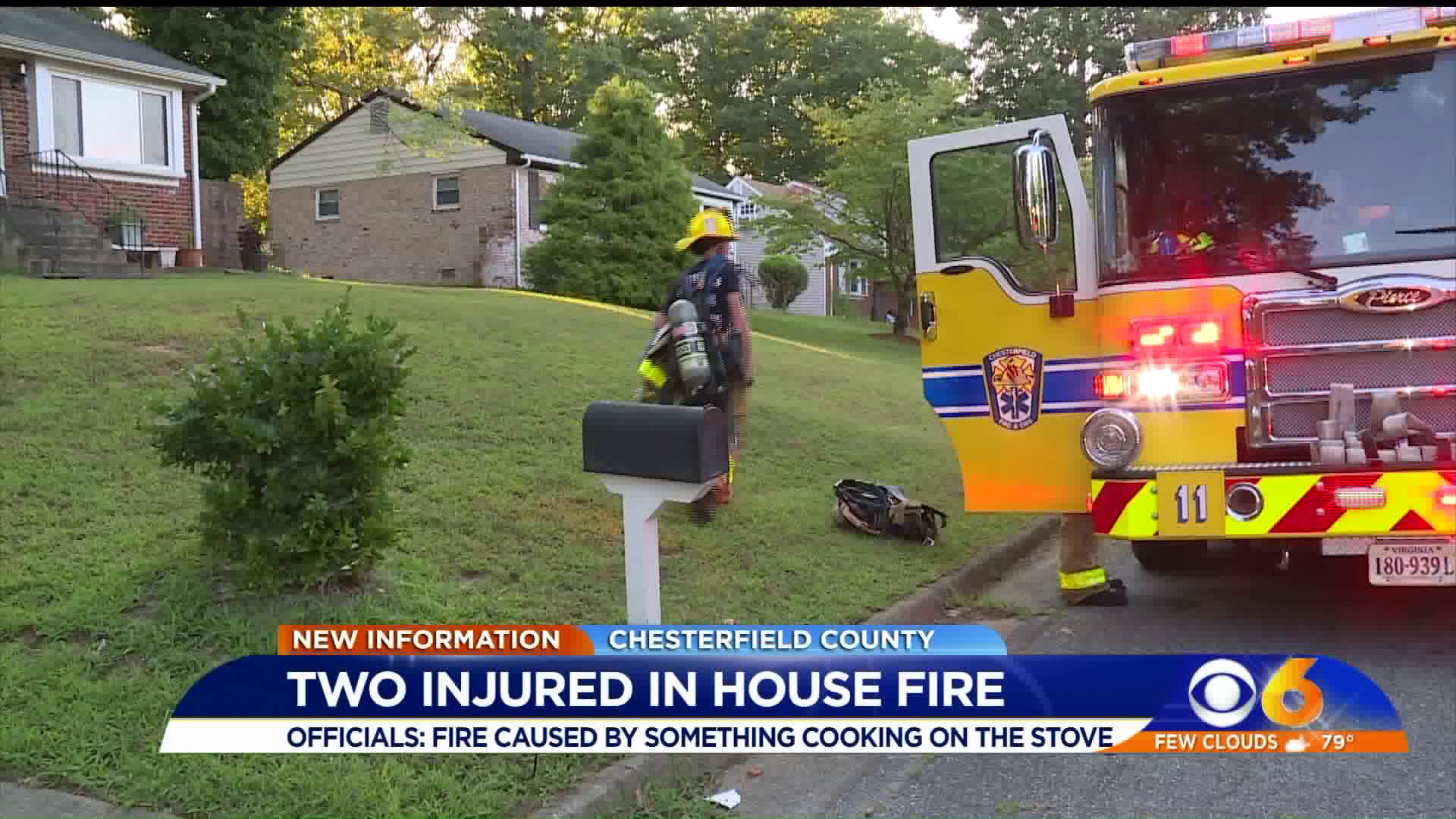 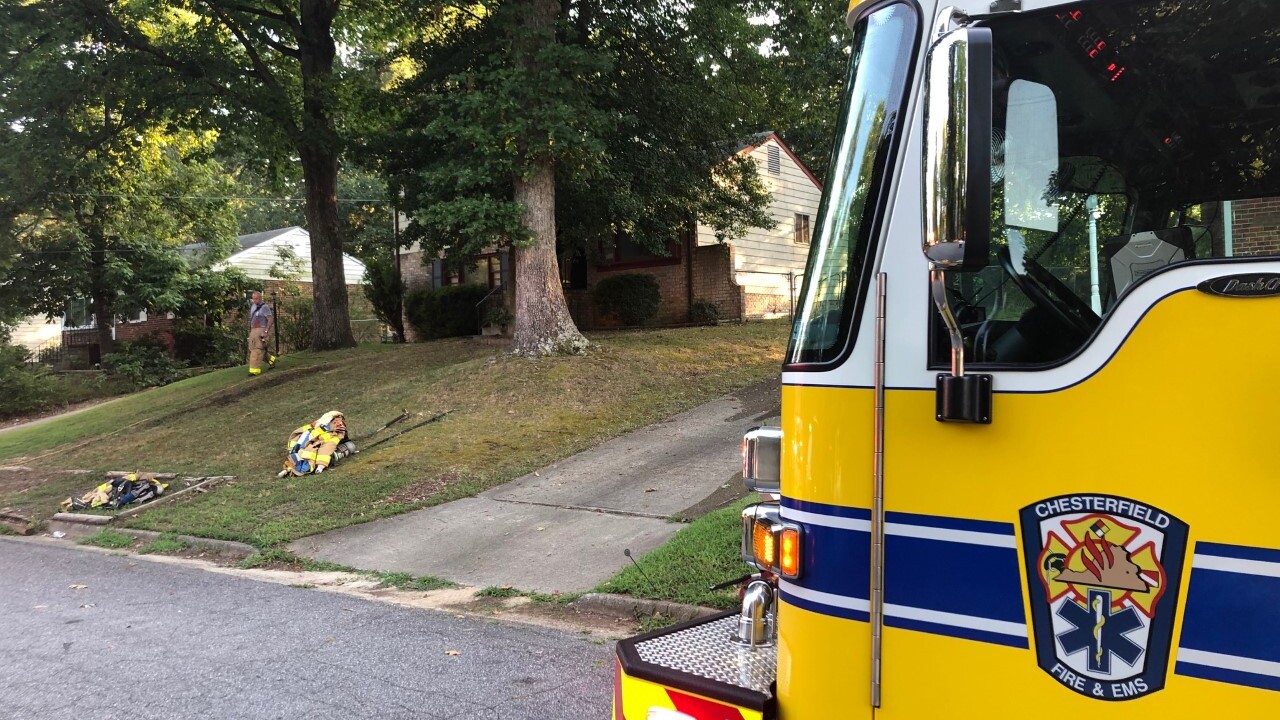 CHESTERFIELD COUNTY, Va. -- Two people have been hospitalized after a fire broke out in the kitchen of a Chesterfield County home Sunday evening.

Firefighters were called to the home in the 6400 block of Meadowburm Drive for a structure fire at 6 p.m.

Officials told a CBS 6 News crew on the scene that something cooking on the stove started the fire.

There was no word on the extent of the damage.