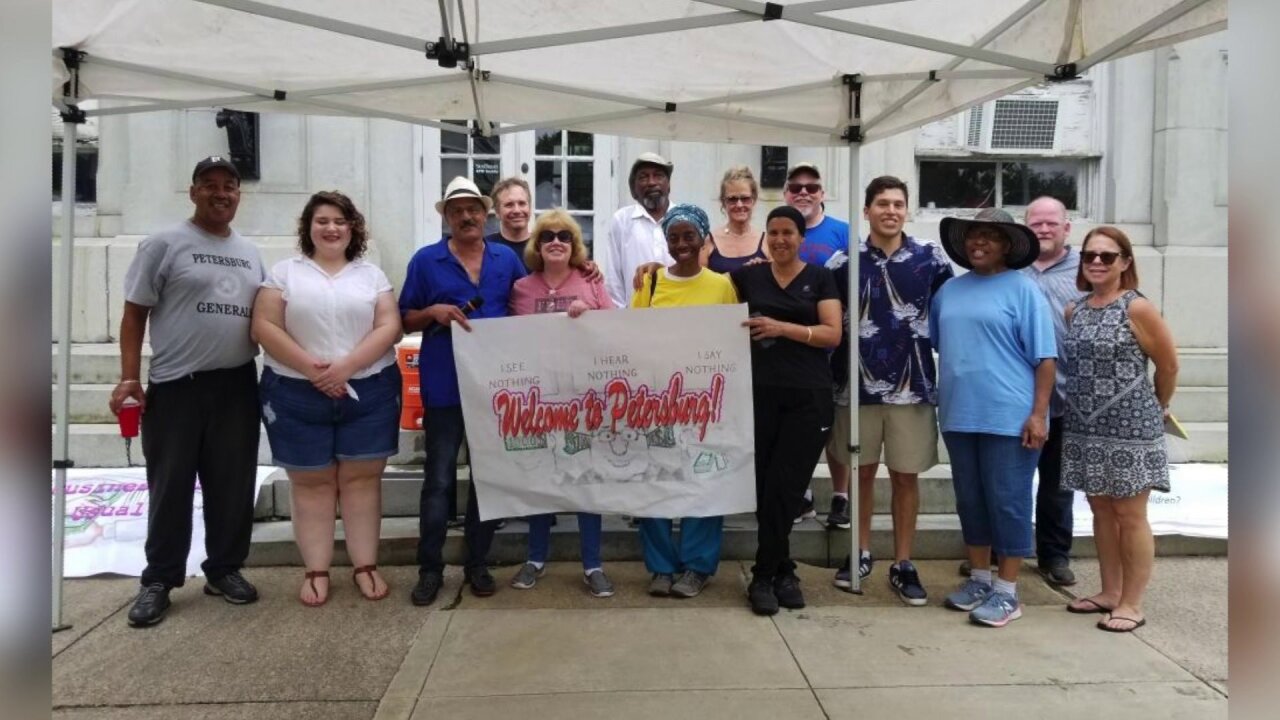 PETERSBURG, Va. — More than a dozen people rallied on the steps of Petersburg City Hall Saturday morning over concerns about the way they believe city officials are leading the city.

“We’ve come across through FOIA (Freedom of Information Act) requests, credit card purchases that are not quite above board, they’re improper to say the least,” concerned citizen Ron Flock, who helped organize the rally, said. “We just had this march to bring awareness and to invite the council members to also be aware and maybe work with us.”

Petersburg Mayor Sam Parham had a different opinion of the Saturday rally.

“This group has come up with false reports before,” Parham said. “Yet again here they are again trying to destroy the progress we have made inside the City of Petersburg.”

Parham said the city manager has met with the group in the past and he stands behind her work.

Flock also said he and others want to be able to work with city leaders to improve Petersburg, but claim their voices are not being heard.

“I live here. I been here 20 years. I want this city to thrive and that’s what we all want. Unfortunately, there have been adversary positions taken, but if we can’t come together, we’re all just wasting our time…” Flock said. “We might as well just scrap it and let somebody come in and take it over — and I’m not willing to do that.”

Clarifications: Following initial publication, Flock contacted CBS 6 to raise some issues with the original report. He stated the Facebook group Clean Sweep Petersburg was not a sponsor of the rally. He also stated the rally was not to address the mishandling of city money, rather a call to city officials to work more closely with citizens and fix issues Flock said were found in the way the city administration is using credit cards.