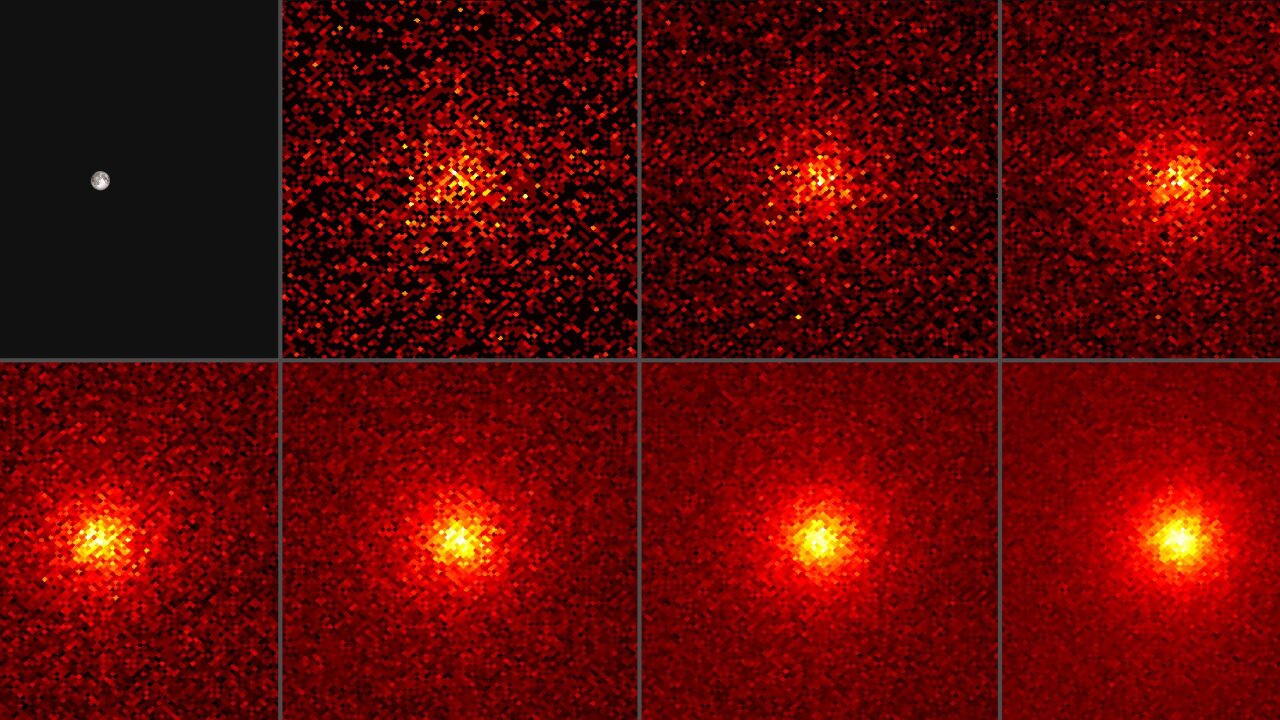 When it comes to brightness, it’s hard to outshine the sun. But in new NASA images, the moon sparkles brighter thanks to a telescope that can detect high-energy radiation.

NASA’s Fermi space telescope allows us to see high-energy radiation called gamma rays, which make the moon appear to have an intense glow because of its gamma ray emissions.

But it’s not the gamma ray glow that scientists are really interested in — it’s what the brightness explains about another type of space radiation called cosmic rays.

“Cosmic rays are mostly protons accelerated by some of the most energetic phenomena in the universe, like the blast waves of exploding stars and jets produced when matter falls into black holes,” said Mario Nicola Mazziotta, a researcher at Italy’s National Institute of Nuclear Physics who studies the rays using NASA imagery.

So, from the gamma ray telescope’s perspective, the moon becomes a nifty detector for cosmic ray particles.

Despite their electric charge, cosmic rays can reach the surface of the moon without getting pushed away because the moon lacks a magnetic field. Meanwhile, the sun’s powerful magnetic field blocks many cosmic rays (except those with incredibly high energy), creating fewer gamma ray emissions to sparkle in the telescope photos.

Studying space radiation is important as NASA gears up to send humans back to the moon by 2024. The glow in these pictures of the moon indicates that astronauts will need protection from cosmic rays and the radiation they produce.

“Seen at these energies, the moon would never go through its monthly cycle of phases and would always look full,” said scientist Francesco Loparco.

But the telescope does reveal the moon’s brightness changing over time. That’s because the sun’s magnetic field cycles through different levels of intensity, which changes how many cosmic rays bounce back to the moon.

Unlike the telescope, humans can’t see the glowing gamma rays — so hold off buying those moon glasses.