We were on a break-in: Ross from ‘Friends’ lookalike jailed for theft 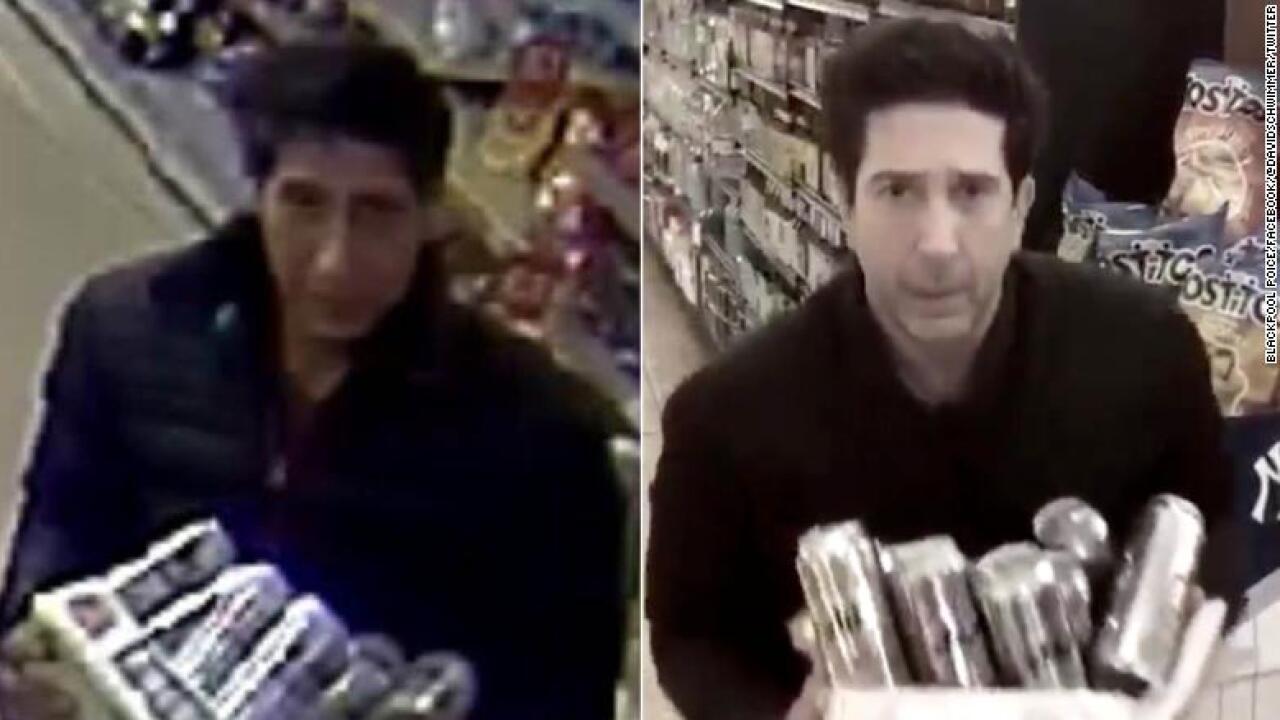 It hasn’t been his day, his week, his month — you get the picture.

The David Schwimmer lookalike whose alleged theft went viral last year has been jailed for nine months, bringing to an end a lengthy saga that even prompted the “Friends” star himself to jokingly declare his innocence.

Abdulah Husseini, 36, was found guilty of theft and fraud offenses for the incident in Blackpool, England last September after swiping a bank card and buying cans of lager and other items, Britain’s Press Association news agency reported.

The episode, which we should probably all be calling “The One Where Ross Steals Beer,” was catapulted to internet fame a month later when Blackpool Police — whose attempts to find the thief got stuck in second gear — posted a CCTV image online as part of an appeal for information.

“Friends” fans quickly noticed the man’s resemblance to Schwimmer’s character, Ross Geller, and flooded the Facebook appeal with comments, leading the actor to get in on the joke himself with a recreation of the incident.

Officers, I swear it wasn't me.
As you can see, I was in New York.
To the hardworking Blackpool Police, good luck with the investigation.#itwasntme pic.twitter.com/EDFF9dZoYR

After a two-day trial, a jury convicted Husseini of one count of theft and four counts of fraud by false representation, PA reported.

The original post generated more than 100,000 comments and was shared more than 65,000 times. It was later deleted, but not before giving the internet enough time to exhaust every “Friends”-related joke they could think of.

“Thank you to everyone for your speedy responses. We have investigated this matter thoroughly and have confirmed that David Schwimmer was in America on this date,” Blackpool Police wrote. “We’re so sorry it has to be this way.”

Other police forces were quick to respond. “If you see him keep away,” Dumfries Police force warned. “He is known to have studied Karate and we believe he has mastered the art of Unagi, the state of total awareness,” they added, nodding to an episode in which Ross claims to be a self-defense expert.

Some users tried to pivot the discussion away from the jokes, urging people to take the case more seriously and noting that a real crime might have been committed.

But Schwimmer later joked that police were “disappointed” that he wasn’t the man they were searching for.

“The police had posted something that was really funny. They were a little disappointed that they had ruled me out as a suspect; it wasn’t me,” he told Channel 4’s “The Lateish Show.”

“They said something kind of cheeky and I thought ‘Good on them for having a sense of humor,’ but I couldn’t resist responding,” the actor added.