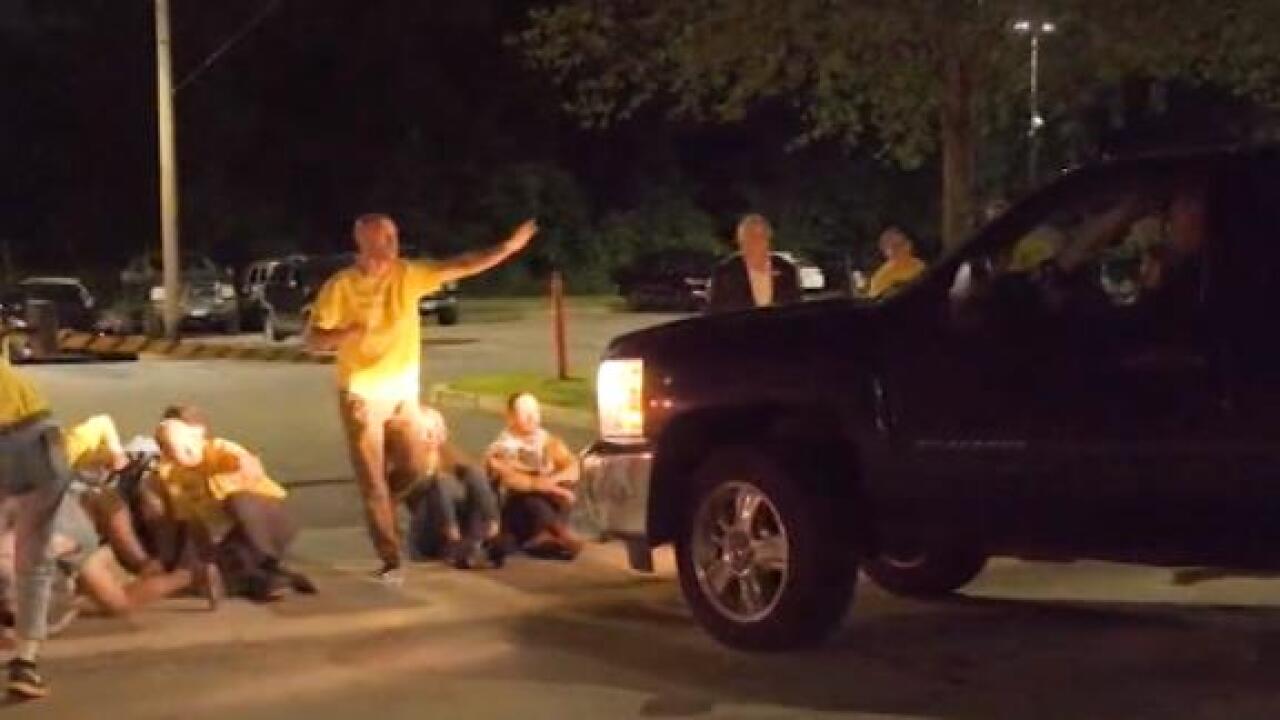 A captain at a Rhode Island detention facility has been placed on administrative leave after he drove a truck toward a line of protesters who were demanding the center cease its cooperation with US Immigration and Customs Enforcement, officials and witnesses said Thursday.

The incident Wednesday night was captured on video. Five demonstrators were hospitalized, according to the group that organized the protest, Never Again Action, which describes itself as a collection of Jewish people and their allies protesting ICE and the government’s treatment of migrants.

Dozens of people had showed up to protest the contract between ICE and the Wyatt Detention Facility in Central Falls, the activists’ news release said. As of Thursday morning there were 129 ICE detainees housed at the facility, ICE told CNN.

ICE said its personnel were not involved in the incident.

Around 10 p.m., a dark pickup truck “intentionally swerved into a line of protesters, including at least three minors, who were seated across from the entrance” to the facility, the group said in its statement.

Never Again Action emailed a video of the incident, shot by one of its volunteers, Sam Eilertsen. The video begins by showing protesters, some seated and others crouching, blocking the entrance to an employee parking lot across the street from the Wyatt facility. On the sidewalks, protesters are standing and waving signs.

A pickup truck suddenly enters the frame and honks, coming right up to the line of protesters.

Protesters spring up and scream, gathering around the truck, the video shows. Some shout, “Shame!”

The truck continues rolling forward slowly as protesters scramble to get out of its way, until it reaches the lowered arm of the parking lot gate a few feet ahead. The crowd chants, “The whole world is watching.”

With protesters still surrounding the truck, the camera zooms in to show the driver, who speaks into his walkie-talkie. The crowd chants, “You support genocide — Nazi, Nazi, you can’t hide.”

The group said two people were hospitalized after being hit by the truck, but the video does not show those injuries.

“Two people were treated for injuries from the truck, including 64-year-old Jerry Belair, who suffered a fractured leg and internal bleeding,” organizer Amy Anthony told CNN in an email.

Less than two minutes after the driver uses the walkie-talkie, a group of at least nine people in uniforms jogs from the facility across the street to the truck, which is still surrounded by protesters.

Nobody disperses, and the crowd begins to chant again, “The whole world is watching.”

The video is shot from the rear right side of the truck. On the other side of the vehicle, the arm of the parking lot gate goes up, and a moment later something is sprayed and people scream and move away.

Eilertsen and a photographer for CNN affiliate WPRI, who was there, said it was pepper spray. Members of the group rubbed their eyes.

CNN was unable to reach Woodworth for comment Thursday, despite multiple attempts to do so. It was unclear Thursday night whether he has legal representation.

Rhode Island Gov. Gina Raimondo said she was outraged by the incident depicted in the video.

“Our state and our nation were built on the idea that everyone has a right to express their opinion publicly and peacefully,” Raimondo tweeted.

The governor said she is in communication with State Police Col. Jim Manni about the incident.