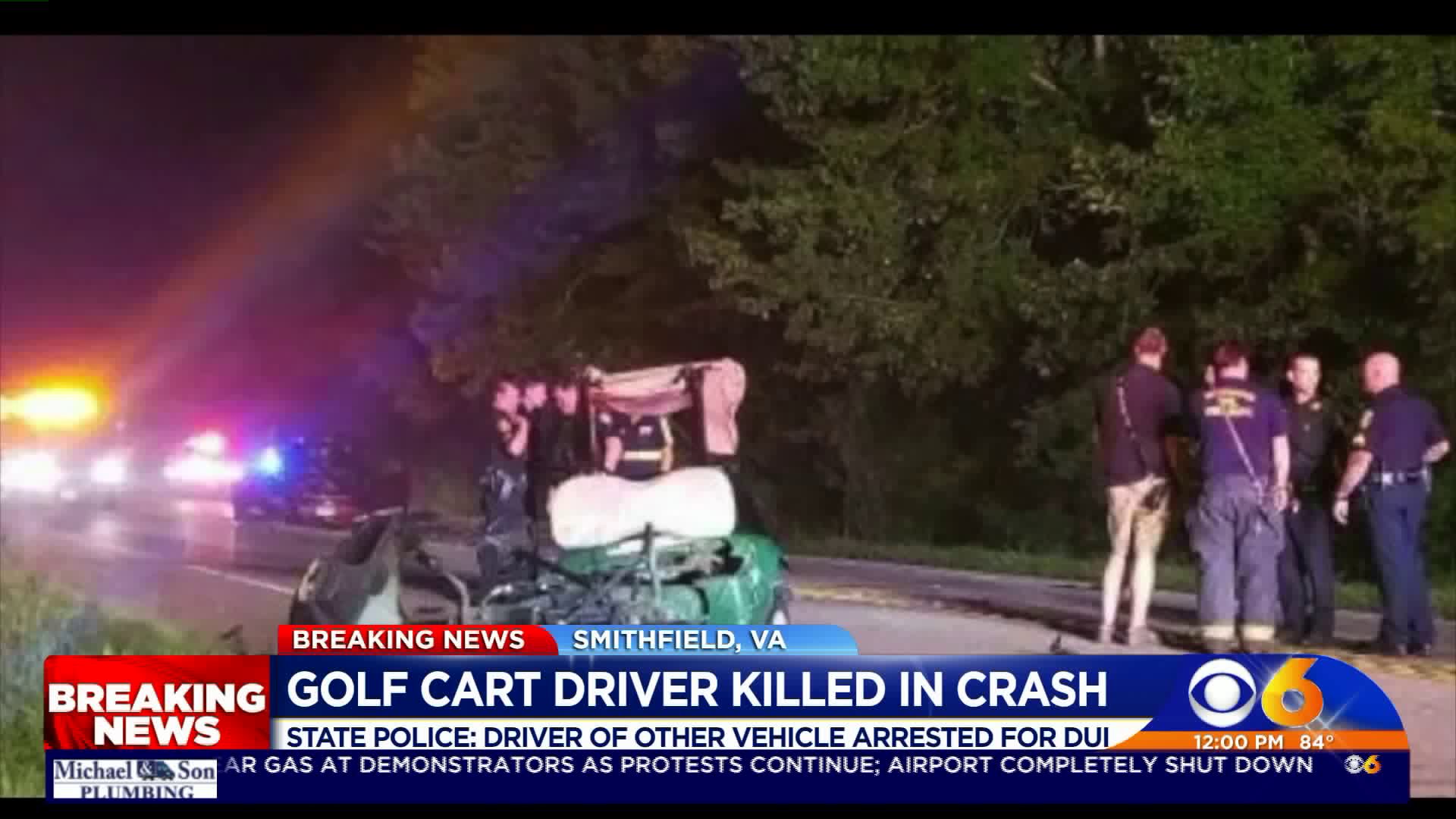 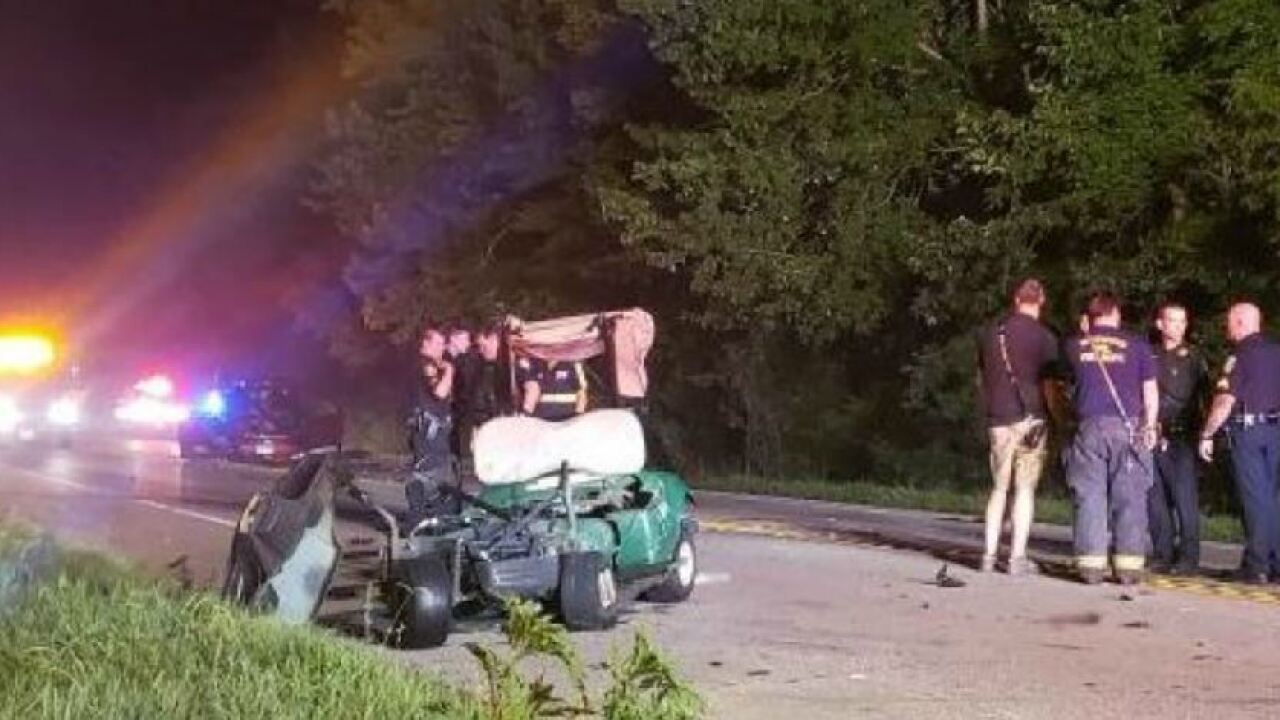 SMITHFIELD, Va. -- A 45-year-old man driving a golf cart was killed in a head-on collision early Friday morning, according to Virginia State Police. The deceased driver was identified as Ryan Allen Cooling, of Elkton, Maryland.

Police said Cooling was driving, without headlights, when a 2019 Mitsubishi Mirage struck his golf cart head on.

Cooling, who was not wearing a seatbelt according to police, died at the scene.

The Mitsubishi driver, identified as 30-year-old Joseph Thomas Connelly, of Smithfield, was arrested for driving under the influence, according to Virginia State Police. He was treated for minor injuries.