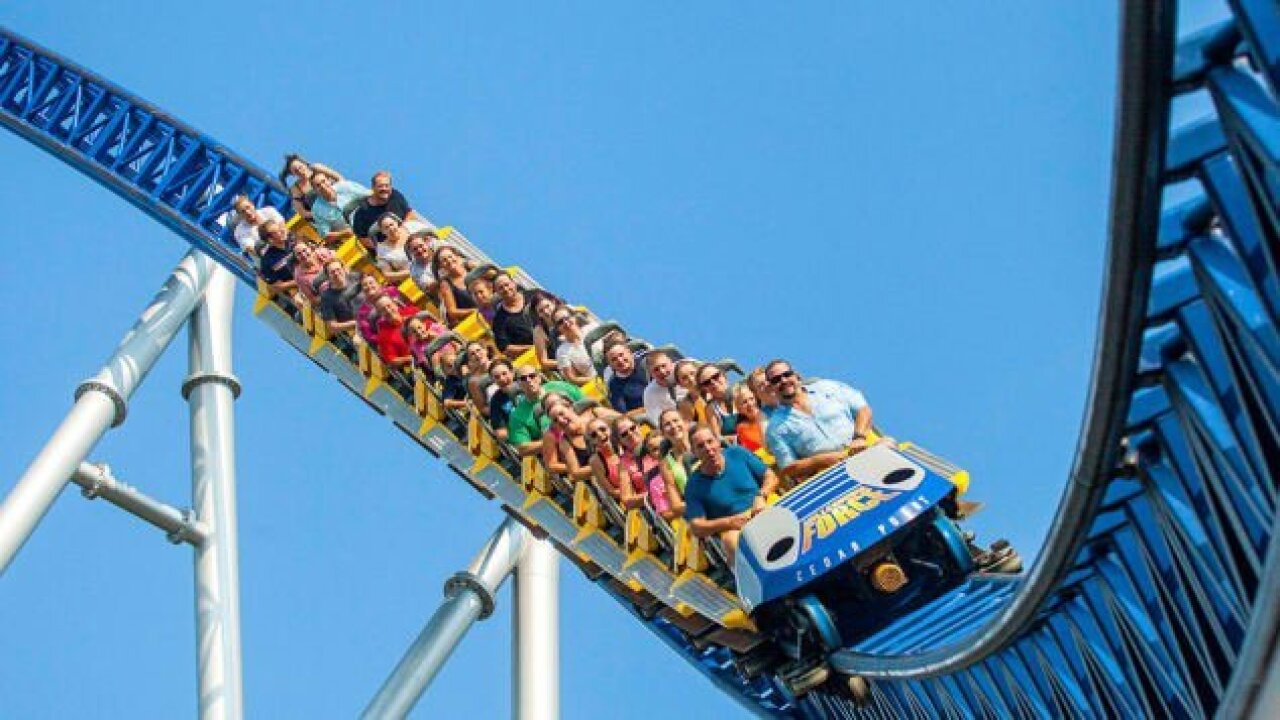 Roller coaster fans savor every second of the ride, but there’s something really special about that big drop.

Advances in technology, design and engineering over the decades have allowed amusement parks to offer ever taller, faster and steeper coasters (with loops and other kinds of inversions as well). These big hills are getting ever more thrilling and frightening — and that’s really the point, isn’t it?

People will travel hundreds and thousands of miles to get their coaster fix, so you need to select a ride that delivers.

So what makes for a memorable, scary drop on a coaster?

“For me, it’s the height and steepness of the drops,” says roller coaster fan Patrick Lindich, who has had his own YouTube channel, CoasterFanatics, since 2016. “Standing on ground level looking up at those giant lift hills almost touching the clouds — what’s more impressive than that?

“The surrounding environment around the drop has a lot to do with it as well. Anything from tall trees to a lake or river around the drop. It all adds to the experience and makes the drop even more thrilling and scary.”

Just in time for National Roller Coaster Day (Friday, August 16) in the US, here are five roller coasters around the world with some of the scariest, most impressive drops you’ll find. Lindich also makes some suggestions of other thrilling coasters that didn’t make the Top 5 but still provide excitement overload.

Some of these coasters are fairly new arrivals to the scene while others are older favorites that have stood the test of time:

Takabisha’s most noteworthy attributes: The view of Mount Fuju and a 121-degree drop.

One interesting feature of Takabisha is its most amazing drop comes not at the start of the ride but in the middle. And its drop isn’t just steep or straight down. It comes at 121 degree angle.

“Although I haven’t been on this one yet, it is definitely a bucket list coaster for me,” says Lindich.

“The drop on these beyond-vertical drop coasters is hard to explain. You kind of feel like you will get ejected out of your seat as you go beyond vertical during your descent. It’s funny because it just feels so wrong but so right at the same time. Very unique and unforgettable drop for sure.”

Bonus on clear days: A gorgeous view of Mount Fuji.

“Millennium is currently my favorite steel coaster and has a very memorable drop,” Lindich says.

“Many people say that they can see Canada on the other side of Lake Erie from the top of this massive hill. The best part is that the hill is right next to the lake.

“As the train dives down, it gives you the illusion that you will drop right into the lake. … It is truly one of my favorite drops on any roller coaster I’ve ever experienced. This ride has been ranked in the top 5 steel coasters in the world since its opening in 2000 and is no doubt a must ride!”

SheiKra’s descent is one of the most memorable in the world.

Emerging from the humid grounds of Gulf Coast Florida, this dive coaster engineered by Bolliger & Mabillard does well on the fear factor.

“The seats give a very open feeling and are floorless, which allow your feet to dangle,” Lindich says. “Once you crest the lift hill, the train slowly starts to creep forward with the use of its holding brake. The train then stops for a few seconds forcing the riders in front to look straight down. This is often the time you hear people scream like crazy.”

Lindich says you get a fantastic view of the park as well as the trees and the walkway below.

“The brake releases and the train dives straight down past all the trees and right next to the walkway and station. … Overall, one of the best drops in the world for sure.”

Wildfire is the only wooden coaster in our Top 5 list. It has quite the view at the top and enough time up there to take in the scenery while building anticipation for what’s to come. Its hair-raising plunge, taking riders underneath other parts of the track, makes it particularly memorable.

“I have been on similar coasters by the same company such as Outlaw Run at Silver Dollar City and Lightning Rod at Dollywood. They all offer a nice little pop of airtime at the top and give great views of the surrounding forest areas,” Lindich says. “I would imagine Wildfire is just like the coasters I mentioned, which are fast, intense and unforgettable.”

This dive coaster’s claim to fame is a straight drop that goes right into an underground tunnel surrounded by water.

Another cool feature that Lindich notes: “There is even another coaster at the bottom that wraps around the tunnel called Vortex.

“This ride offers excellent views of the park and the ground below during its drop. … It looks to be the best drop out of all the dive coasters built so far.”

Any scariest/best of roller coaster list is going to leave out some truly fantastic rides. Lindich has some other favorites he suggests:

— Phantom’s Revenge (Kennywood; West Mifflin, Pennsylvania). “The second drop on this amazing coaster dives right into a valley and directly underneath another coaster called Thunderbolt at the bottom. This drop is like no other in the world.”

— Top Thrill Dragster (Cedar Point; Sandusky, Ohio). “This coaster is such an adrenaline rush. I love putting my hands in the air going through the spiral as the train dives down.”

— The Beast (Kings Island; Mason, Ohio). “This one is underrated. The second drop … gradually banks to the left and then enters into a massive double helix that is surrounded by tunnels at the bottom. This coaster is legendary, and this drop is my favorite part.”

— Time Traveler (Silver Dollar City; near Branson, Missouri). “I love this drop because it has spinning trains that drop you straight down out of the station backwards. There is nothing else like it here in the US, and it makes me laugh like a little kid again every time I ride it.”