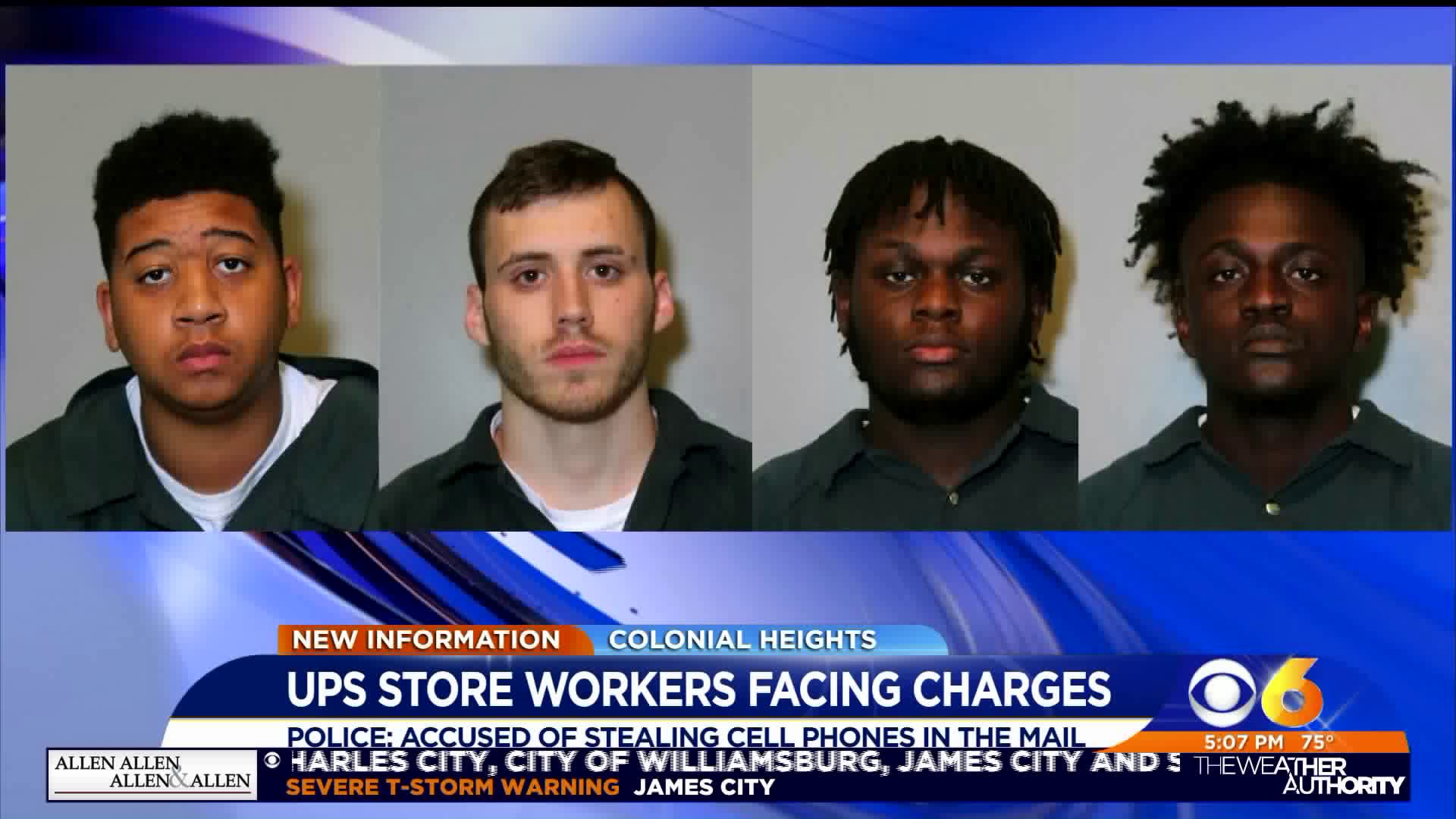 Colonial Heights Police launched an investigation after an officer discovered large number of cell phones being sold at electronic kiosks in Colonial Heights and Petersburg.

"The officer contacted UPS management and identified three of the individuals as current UPS Store employees from Colonial Heights and Fort Lee," a Colonial Heights Police spokesperson said. "Working with UPS, the officer was able to locate several victims. These individuals reported taking electronic devices to the UPS Store, in order to receive service from their wireless provider. The carriers, reported receiving empty packages."

Police determined the UPS employees removed those phones from shipping packages and then sold them.

Parrish, Patrick and Daniel Grier are all at the Riverside Regional Jail awaiting their next court appearance in Colonial Heights General District Court, according to police. Aaron Grier has since bonded out.

Detectives believed watches, clothing and other valuables may have also been stolen.

Capt. Anspach credited good police work for bringing the suspects before a judge.

"Working with UPS loss prevention and management [the officer] was able to identify a few victims of the phones that were being brought into the UPS store," Anspach explained.

UPS spokesperson Tracy Spahr said they were aware of the incident and have taken action against the former employees.

At The UPS Store, the trust of customers is of utmost importance and we take any allegation of theft very seriously. The UPS Store locations are all individually owned and operated and this is an isolated incident. The UPS Store franchisee has terminated the three employees.  UPS and The UPS Store have layered information and security systems to safeguard our customers' shipments.

"Colonial Heights Police suspect there are more victims out there and we continue to investigate this crime," the spokesperson said. "We ask anyone with information to contact Officer D.W. Aleshire at (804) 520-9300."

The defendants are all due in court on November 6.