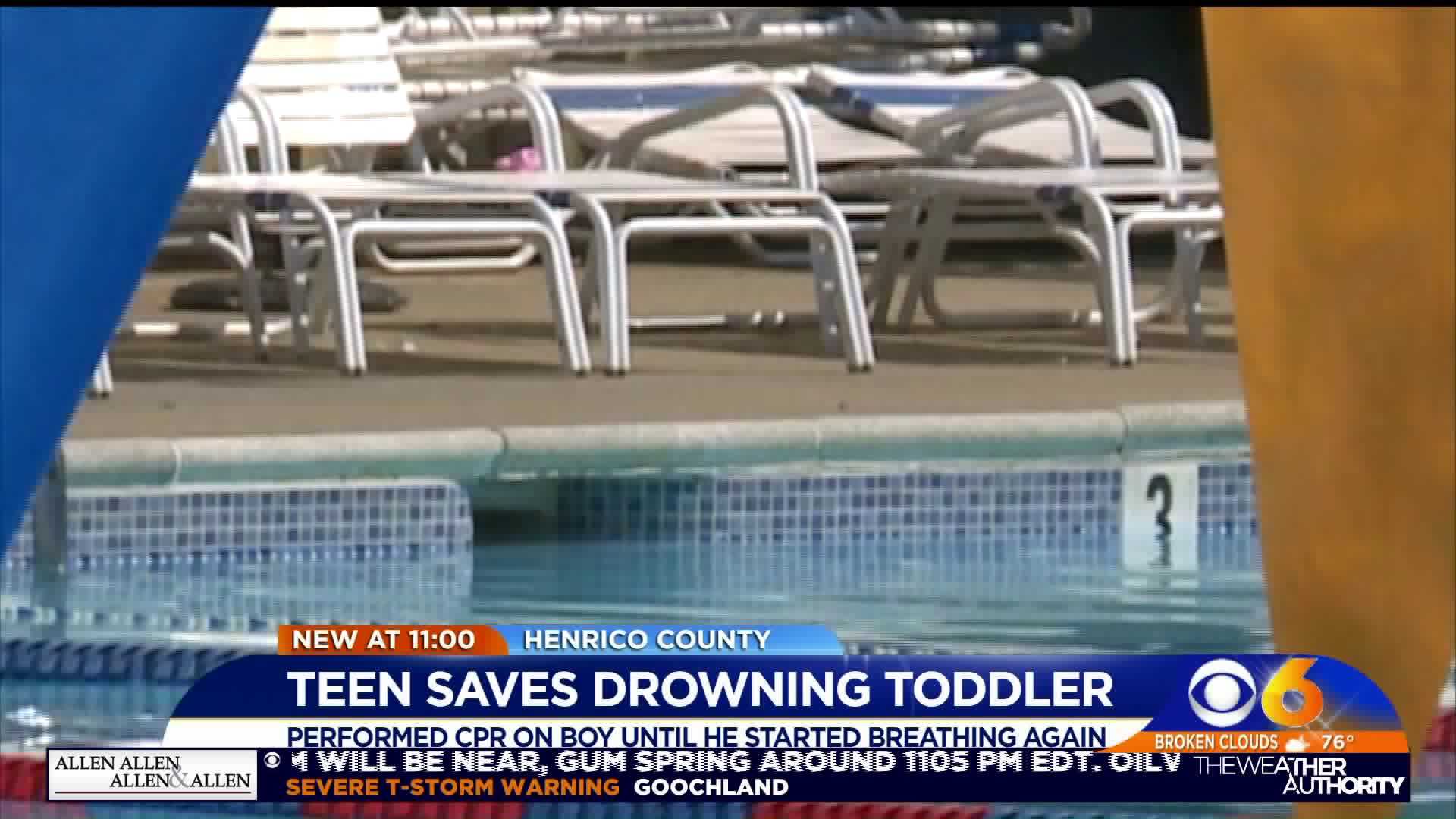 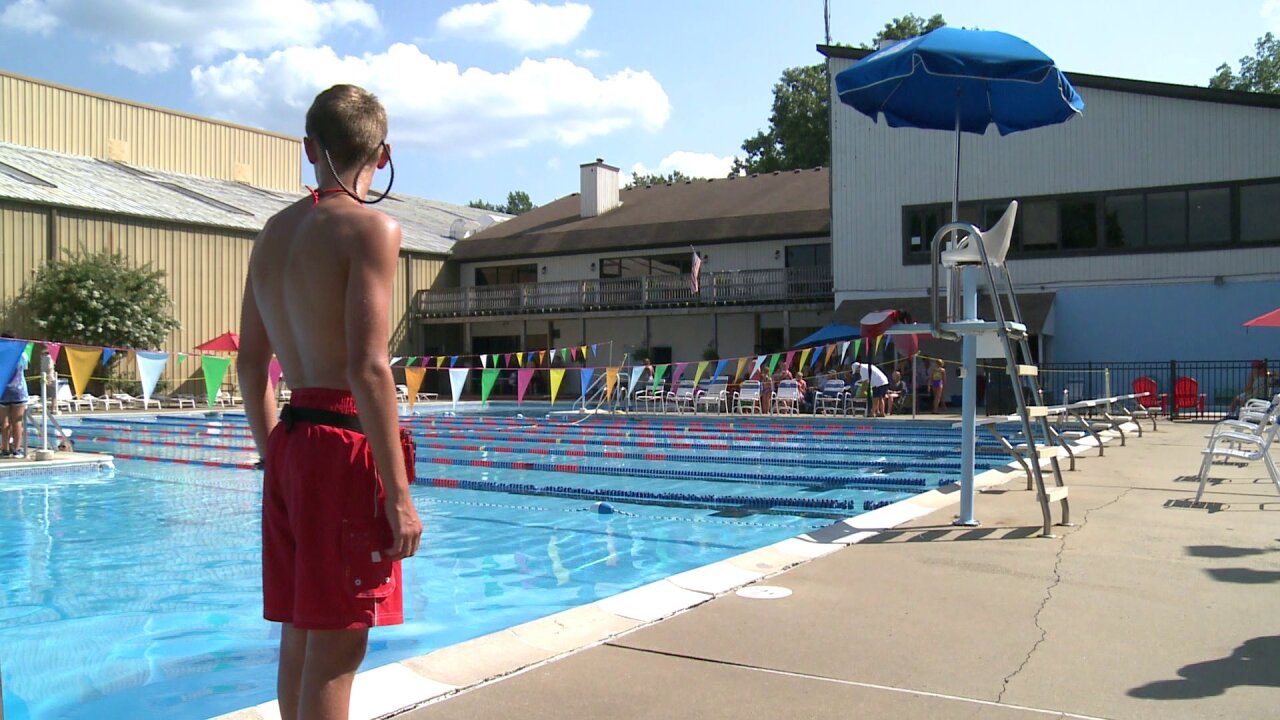 HENRICO COUNTY, Va. -- Michael Wood, 16, rescued a toddler and brought him back to life Thursday at the Westwood Club swimming pool in Henrico after the child nearly drowned. Now the grandson of Henrico County Sheriff Mike Wade is being called a hero.

"A kid brushed up against him and I saw he didn't really move, so I knew something was wrong,” Wood said.

The lifeguard is no stranger to saving lives. A year ago at the Raintree swimming pool, he rescued an eight-year-old boy who had jumped into the deep end.

On Thursday, the young victim was just two-years-old and in bad shape.

"He was pale blue-grey color and it was really scary,” Wood said. Did his training kick in? “Yes, I knew what I had to do ."

Wood started administering CPR, after about four breaths, he got a good sign.

"His cheeks turned bright red, and color returned to his face,” Wood said.  “It was scary but I said, ‘praise God.’ He started crying and I just started crying too."

An emotional rescue, and the second one in just over a year.

Sheriff Wade said he tried to call Wood when he heard the news.

"He called me back and said he had saved a two-year-old," Wade said. He said his 16-year-old grandson’s attention to detail and caring personality make him an ideal lifeguard.

"[The rescue] tells me a lot about him,” Wade said. “I couldn't ask for a better grandson. He's my favorite grandson. Of course, he's my only grandson,” Wade said with a laugh.

The toddler is still recovering in the hospital.