Dead Heads prepare to launch; Dead and Company is coming to Hampton 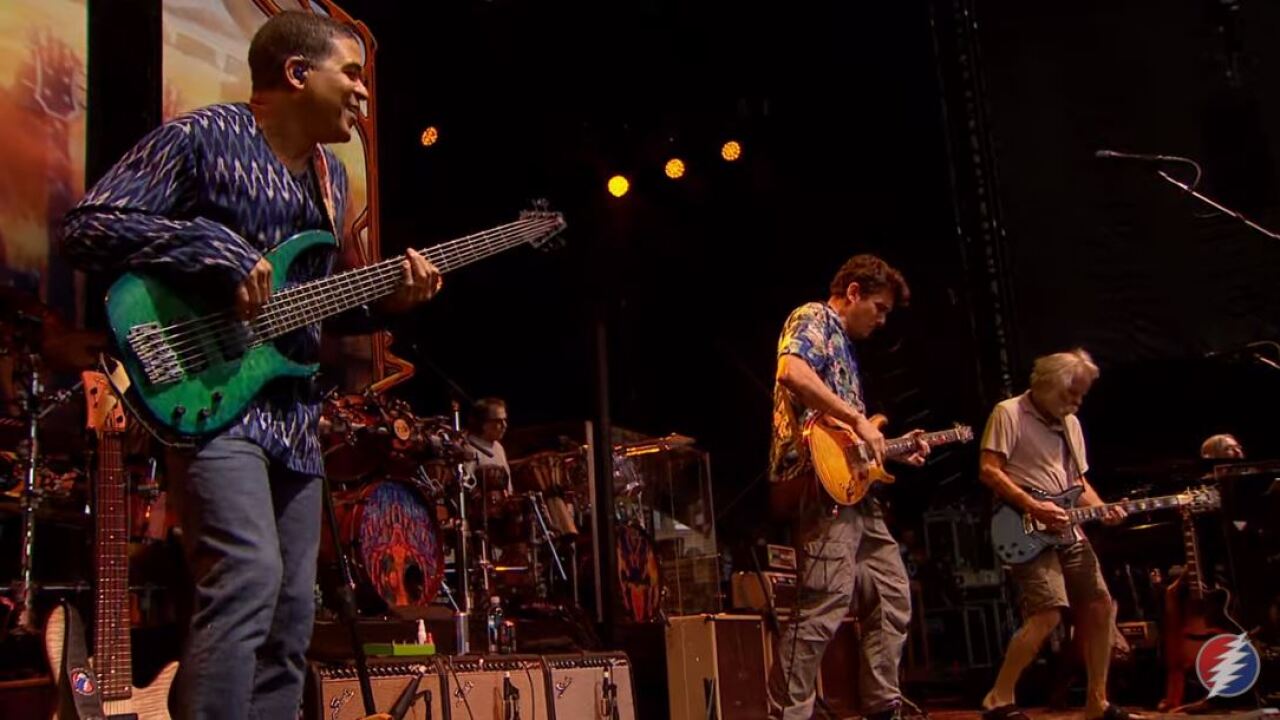 HAMPTON, Va. — Dead and Company is returning to Virginia. The band, a combination of Grateful Dead members Bob Weir, Bill Kreutzmann, and Mickey Hart along with musicians John Mayer, Oteil Burbridge, and Jeff Chimenti, announced a two-night stand at the famed Hampton Coliseum November 8 and 9. Registration for pre-sale tickets is available now.

Hampton Coliseum, known as the Mothership due to its resemblance to a space craft, is a significant spot for the Grateful Dead and Dead Heads alike.

In 1989, the Grateful Deal played at Hampton Coliseum under an alternate name, The Warlocks.

“During our East Coast tour in 1989, we billed ourselves as ‘The Warlocks’ at the Hampton Coliseum to ward off a Dead Head invasion of that small Virginia town. We had everyone in cahoots – even the marquee helped keep our little secret. Passersby must have been confused seeing a band they’d most likely never heard of as the headliner. That, of course, was our exact intention,” drummer Mickey Hart wrote. “I remember these shows specifically. We were playing great and the set list contained many of my personal favorites. Fans must have agreed as well, as these shows are often mentioned in the top 5 shows of all time.”

Dead and Company performed in Virginia last June at Jiffy Lube Live in Bristow. The band also performed at the 2018 Lockn’ Festival in Arrington, Virginia.

Prior to the 2019 concerts in Hampton, the band will kick off its four-show Fall Run with a two-night stand at Madison Square Garden in New York City  October 31 and November 1.