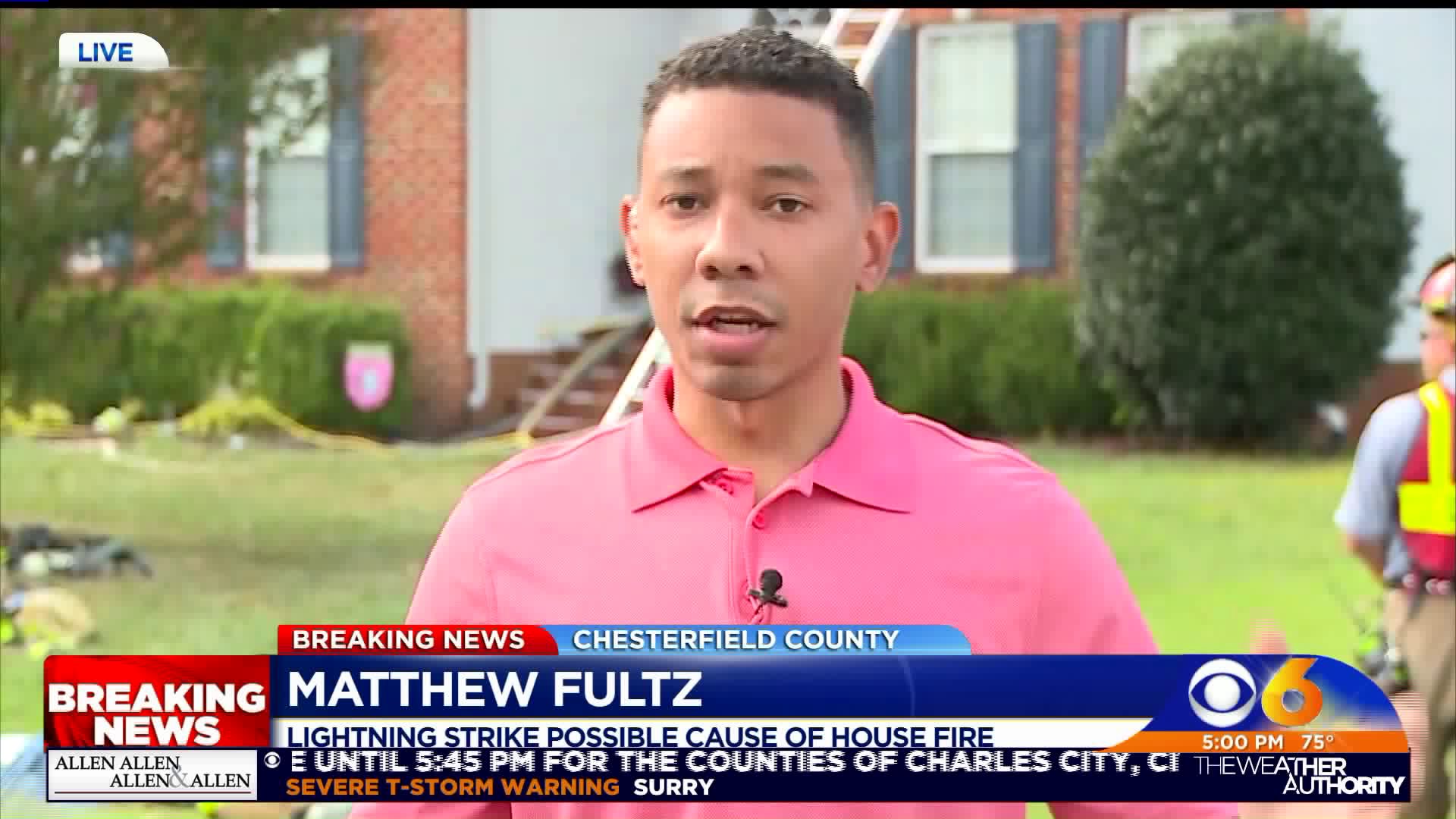 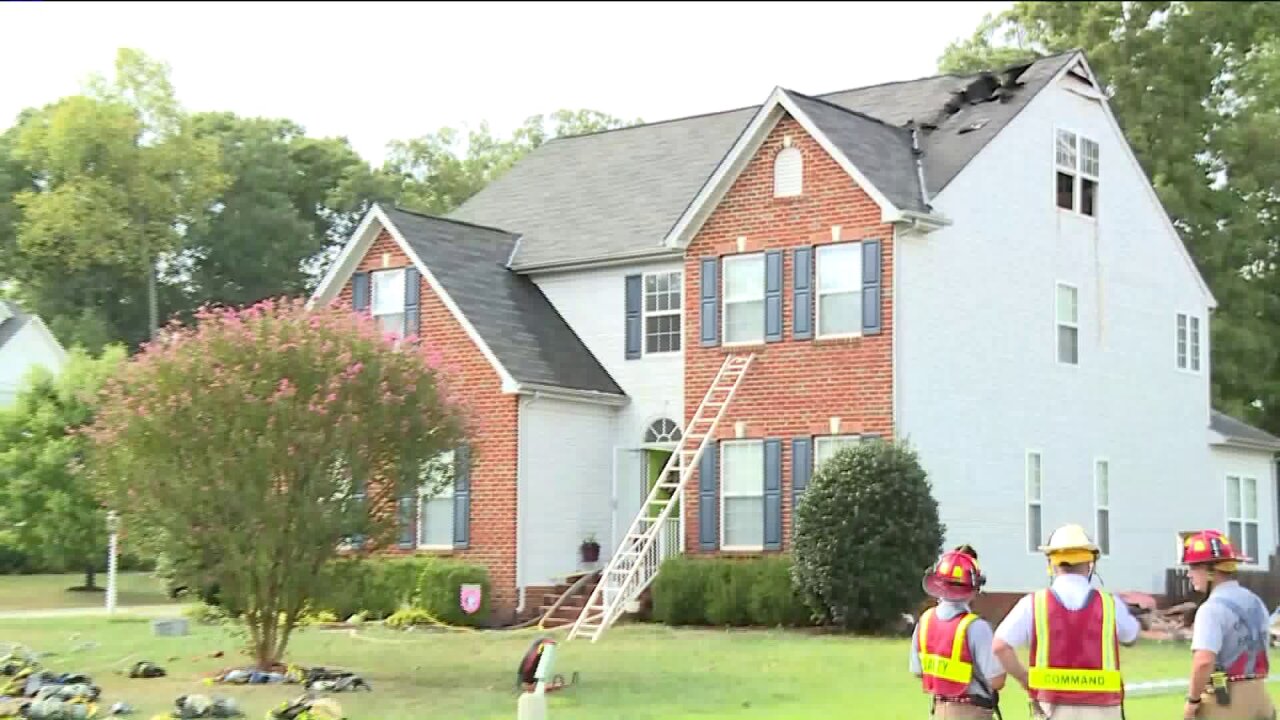 CHESTERFIELD COUNTY, Va. -- Four people have been displaced after a Chesterfield house fire that is believed to have been sparked by a lightning strike.

Firefighters responded to the fire in the 4800 block of Shepherds Mill Drive around 3:30 p.m. on Thursday.

Units on scene of working incident for a Structure fire in the 4800 block of Shepherds Mill Dr. @NBC12 @CBS6 @CBS6 @CFEMSPIO

The flames broke out during a thunderstorm storm that passed through Chesterfield Thursday afternoon. Neighbors say they believe the fire started from a lightning strike on the third floor of the home.

Chesterfield fire officials say the fire has been marked under control and there are no injuries.