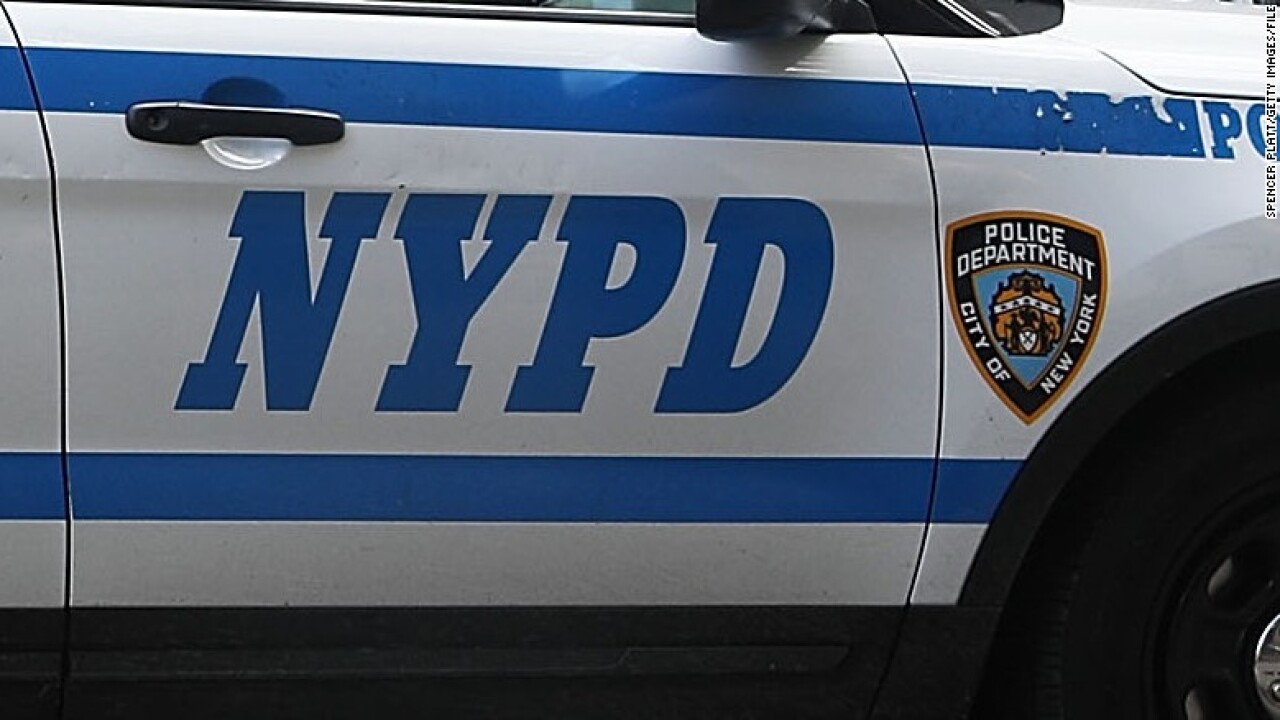 The first sign something was wrong: The police sergeant didn’t show up for morning roll call.

New York Police Department officials went to his home, where they found him dead from a self-inflicted gunshot wound. It was July 27, and the 30-year-old with eight years on the force was the NYPD’s seventh suicide this year, according to officials.

It’s news that rattled Police Commissioner James O’Neill, who says his biggest fear is another one of his officers is about to take his or her own life.

“Am I scared? I’ve got to be honest with you. Yeah, I am,” O’Neill told CNN during a recent interview at his office at One Police Plaza in Manhattan. “Maybe there’s somebody out there right now that’s in crisis or approaching crisis and just unable or unwilling to come forward.”

Over a two-month period, O’Neill has had often-painful conversations about a member of the department who killed himself. The number of NYPD suicides so far this year stands at seven — with five of those occurring since June.

“Those are seven lives,” O’Neill said. “Seven good people. Seven people (who) decided to become police officers. Think about that.”

Over the past five years, the NYPD has averaged between four and five suicides a year, O’Neill said in June at a news conference called after the department surpassed its average. And with a little more than four months to go before the end of the year, NYPD officials wonder when there will be another.

Study: Police more likely to die by suicide than in line of duty

It is not an issue unique to the NYPD.

Police officers and firefighters are more likely to die by suicide than in the line of duty, according to a 2018 study by the Ruderman Family Foundation, a Boston-based nonprofit that advocates for social justice.

The study found that first responders failed to seek help because of the stigma of seeking mental health treatment in a profession that prioritizes bravery and toughness. It also found of the 18,000 law enforcement agencies across the country, “approximately 3-5% have suicide prevention training programs.”

The recent cluster of NYPD suicides has left the department reeling, with the leadership trying to come up with a way to tell the rank and file that it’s OK to ask for help. Meanwhile, debate continues over what has sparked the deadly trend — the violent nature of the job, or departmental procedures that officers believe hinder rather than help them do their jobs.

O’Neill and members of his leadership team are left with a unique challenge: how to take guns away from the troubled officers with suicidal thoughts until they get better while convincing the department’s 36,000 officers they won’t lose their jobs if they ask for help.

“I don’t know if anyone wants someone … in the middle of a crisis, contemplating suicide, to have a gun on their side at that moment,” NYPD Chief of Department Terence Monahan said in June at a news conference. “But when they come back to full duty, when they’ve been treated, when they feel better, this is what we have to do better as an agency.”

The string of suicides this summer began in June when a respected deputy chief and an experienced detective died within 24 hours of each other. Days later, a 29-year-old police officer with six years on the job killed himself behind the NYPD precinct in Staten Island where he worked. On June 26, a 53-year-old officer died of a self-inflicted gunshot wound during a family gathering at his Hicksville, New York, home.

One month later, the 30-year-old NYPD sergeant was found dead in his home.

“It affects us all personally when something like this happens,” said John Petrullo, director of the Police Organization Providing Peer Assistance, or POPPA, a group of volunteers — who are either on the job or retired — that tries to help officers in turmoil. “We try hard, and we’re trying to get to them, but all this was done in spite of all the efforts we’re doing.”

Petrullo, a retired police officer from Brooklyn, says he stayed with the peer counseling group after he retired in 2001 because of the number of officers who said their lives were saved because of the work of the organization.

POPPA volunteers deploy to each precinct or command affected by an officer’s suicide. They offer comfort to family and friends of the officer while training others to spot warning signs.

“They give stuff that they treasure away, a prized possession,” Petrullo said of potential red flags. “All of a sudden having a preoccupation with death. Or they lost interest in whatever brought them joy. Even withdrawing from family.”

Since the suicides this summer, the NYPD has been developing a plan to help troubled officers. Eight-hundred members of executive New York Police Department staff will begin retraining this month with experts on mental health, stress and suicide, with the goal to eventually train the entire department, O’Neill said.

The goal is to have a peer representative in every precinct and every command that’s specifically trained to help an officer step back from the brink and find a trained professional to help.

But the head of the union that represents the largest contingent of the NYPD said the blame for the increased suicides falls on the politicians and the NYPD leadership for how they handle what he described as anti-police rhetoric.

“They should focus on rolling back the policies that make our job harder and more stressful while offering nothing in return. And they should focus on ensuring that cops aren’t penalized for asking for help,” Patrick Lynch, president of the Police Benevolent Association, said in a statement. “The best way to help cops right now is to stop using us as political props or punching bags and start treating us like human beings.”

O’Neill said he believes the key is peer counseling. A contingent of family and friends in the department got him through his lowest moments: being transferred out of his command in Brooklyn South in 2007, the suicide of a friend and the 2014 murders of officers Wenjian Liu and Rafael Ramos — who were shot to death while sitting in their patrol car.

“Think about having to respond to shootings and homicides, people hit by trains, people hit by vehicles. Think about what that does to a police officer,” O’Neill said. “We’re supposed to be tough and that’s OK. It comes with the line of work. But where’s the outlet for that? Is it talking to your partner? You’re not getting home and talking about it.”