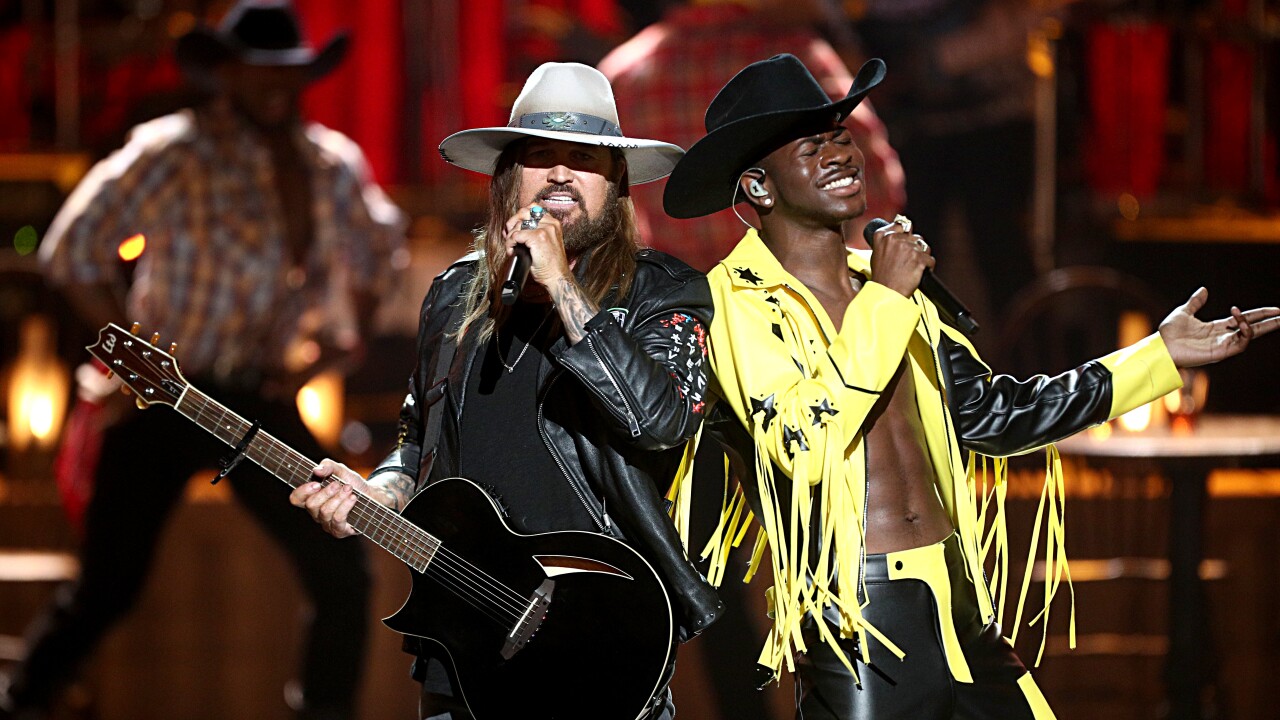 The signs have been swiped at least three times in recent months, according to the town’s website.

“Currently the street sign posts are empty,” the city wrote. “The Department of Public Works is waiting for the song’s popularity to fade before replacing the signs again.”

That could take a while.

“Old Town Road”, which features Billy Ray Cyrus, has topped the Billboard Hot 100 charts for 18 weeks in a row — the longest run for a No. 1 single in the chart’s history. It also won the Choice R&B/Hip-Hop Song at Sunday’s Teen Choice awards.

Wellesley officials seem to be amused by the attention their town is getting, but they say the thefts are still a serious and expensive problem.

“First responders often rely on the street signs in emergencies and missing signs could delay response times,” the town wrote.

Replacement signs cost about $280, plus the labor to put them back up.

Wellesley, a suburb of Boston, is not the only community dealing with this.

The song’s popularity has created an unlikely tourist attraction in the District of Sicamous, British Columbia, where fans are stopping to pose for photos on Old Town Road.

After some of the road signs went missing, the local chamber of commerce made copies of the sign and started selling them for $25 plus shipping.

The district has made 100 of the signs so far and may have to order more, the CBC reported.

“If you want one of these signs, rather than stealing it, we’ll sell you one,” said Rysz. “It’s a wonderful way of dealing with a negative and turning it into a positive, and at the same time, it’s promoting our community.”