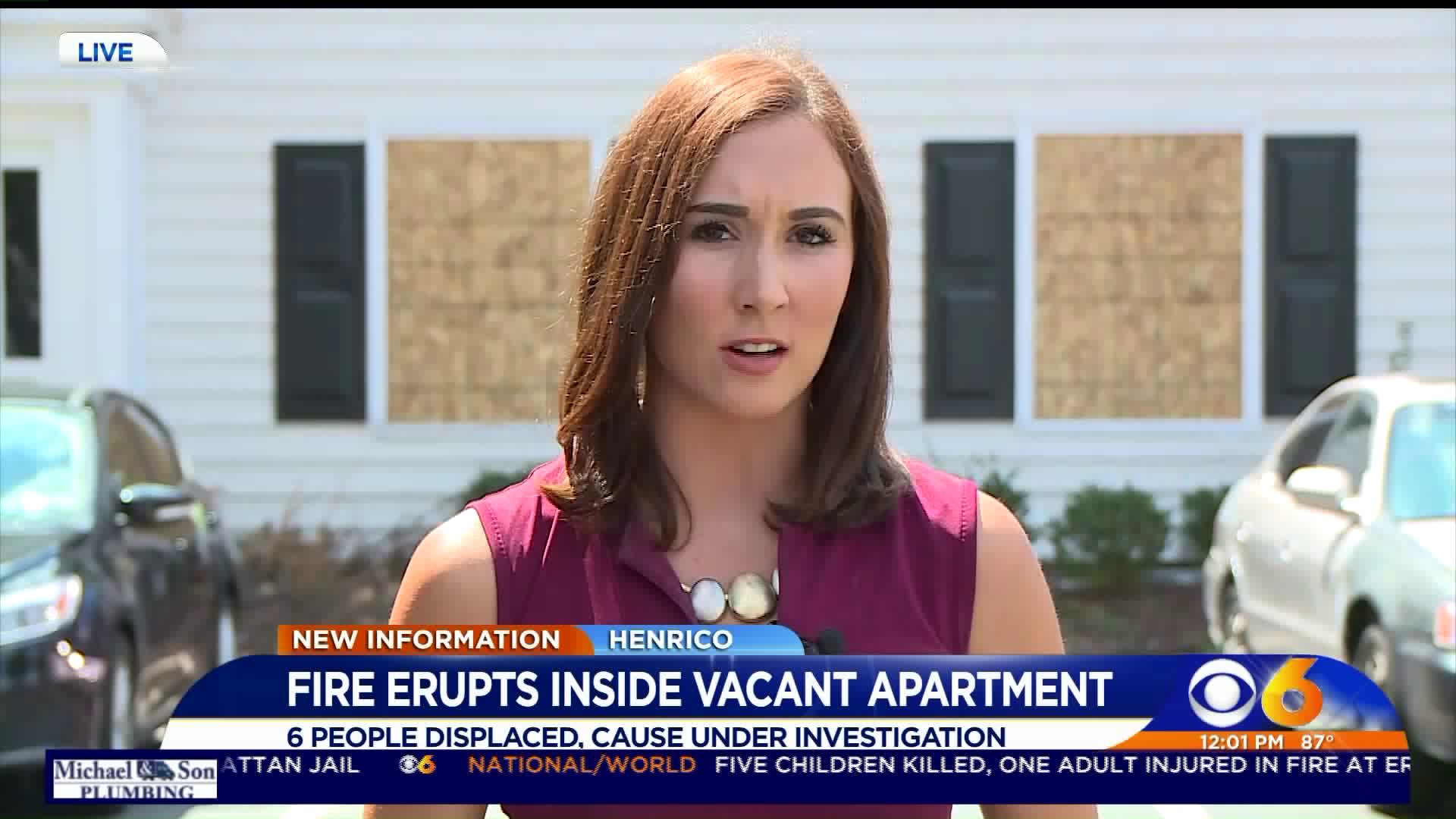 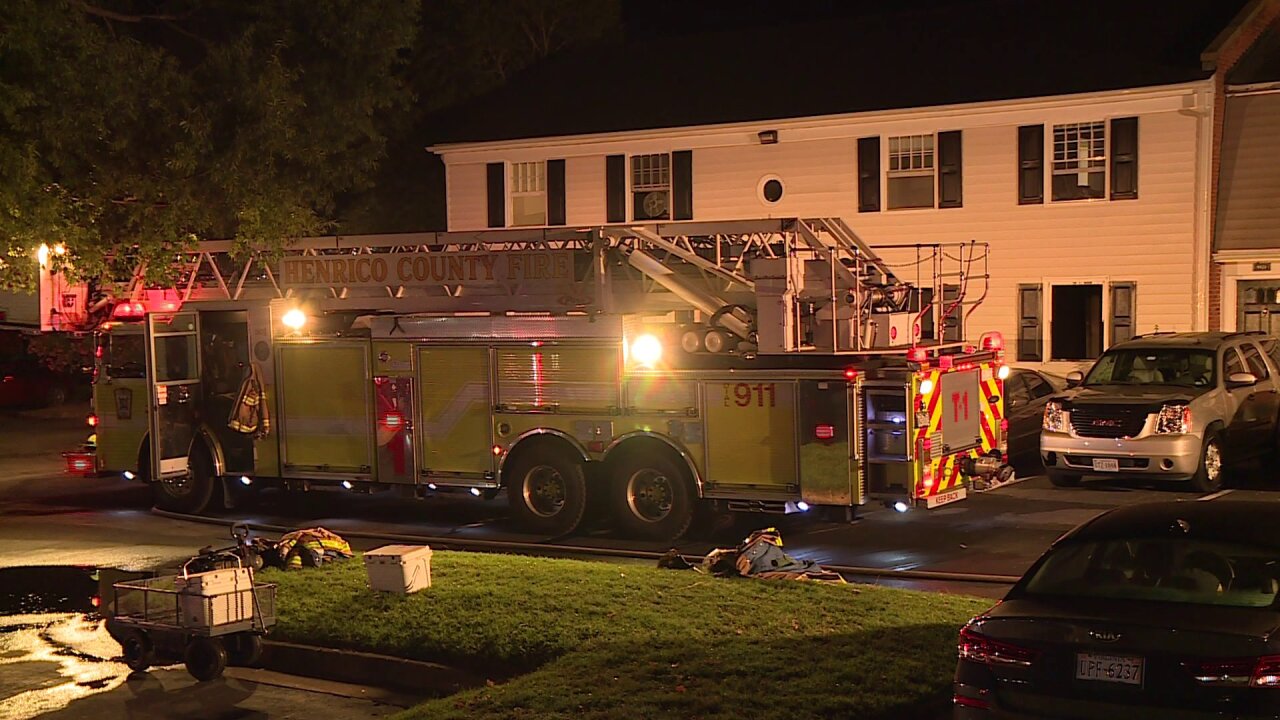 HENRICO COUNTY, Va. - Fire investigators are working to determine the cause of a Monday morning apartment fire in Henrico. Firefighters responded to the fire in the 5500 block of Cardiff Court at about 2:30 a.m.

Initial reports said people were trapped inside, but after firefighters searched the building, they determined everyone made it out safely. Bartal said the downstairs unit where the fire started was vacant.

"Moderate fire was confined to the fire apartment with smoke extension to the three other apartments," Bartal said. "Apartment management is working with six displaced occupants."

Neighbor Tarella Hanbury said she woke up to the noise.

"The firetrucks were coming from both ends and they parked right here in front blocking every body in," said Hanbury. "And so like five or six minutes later we heard like a bang on the door where we heard the Henrico Police come in and they let us know that there was a fire down at the end."

She said she's thankful for a quick response, and thankful no one was hurt.

"I was glad that they got it all out really quickly and they notified us, because we could've slept through the whole thing," said Hanbury.

Other neighbors stood outside hours later, taking in the damage. Henrico fire crews also stayed on scene hours later, speaking with apartment employees, walking in and out of the unit -- working to determine a cause.