Child found safe after car stolen with him inside 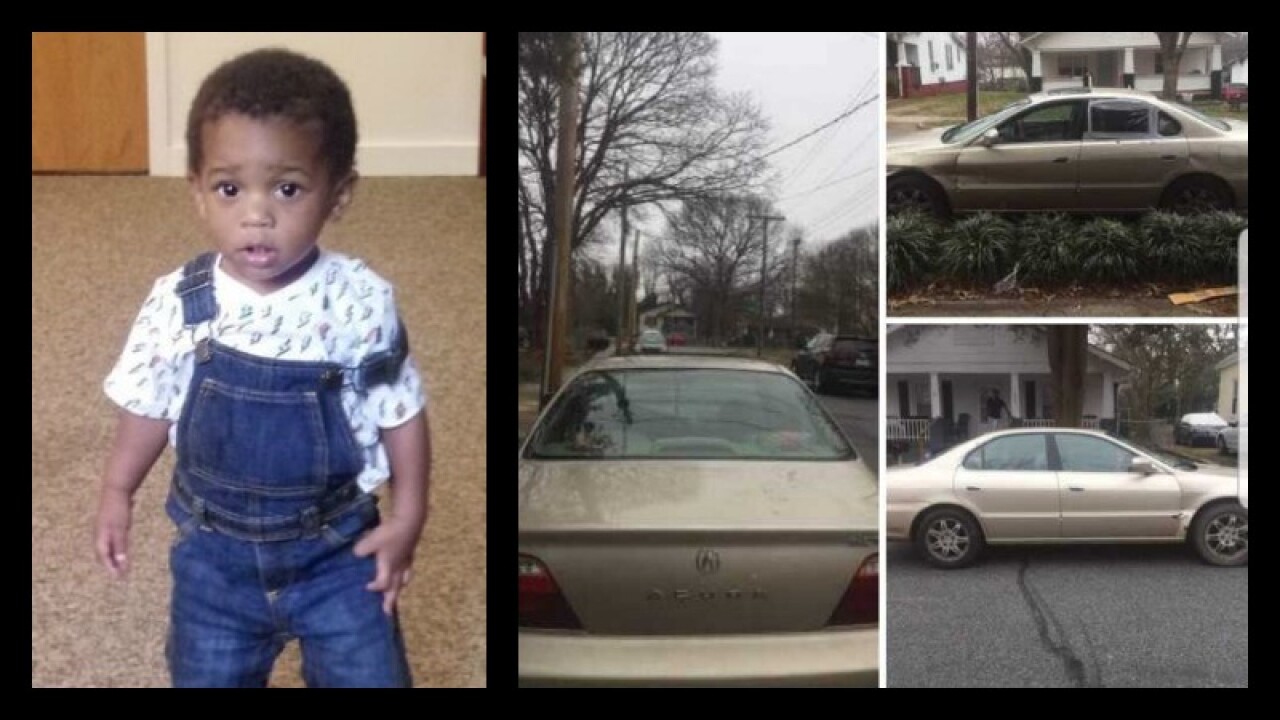 UPDATE: Legend Masir Goodwine was found unharmed Monday morning after a thief took a car with the child inside.

"Child is in law enforcement custody reported to be safe," High Point Police said in the tweet.

One-year-old Legend is described as a black male, approximately 2 feet 0 inches tall, weighing 20 pounds. He has black hair and brown eyes. He was last seen wearing an orange tank top and with a Ninja Turtle blanket.

At about 10:30 p.m. Sunday, a mother left her child in an unlocked vehicle, still running, while she went into a business at 1100 S. Main St.

An unknown man got into the car and drove away with the child inside.

Police have reviewed security video and described the suspect as a 6-foot white man between the ages of 20 and 30, weighing about 160 pounds, with black hair and brown eyes. He was seen wearing a short-sleeved light blue shirt, blue jeans, dark shoes and a trucker-style hat with white mesh in the back.

Police have called in help from other agencies, including the Federal Bureau of Investigation and the National Missing Children's Center.

If you have any information regarding this abduction, call 911 immediately or the High Point Police Department at (336) 883-3224.