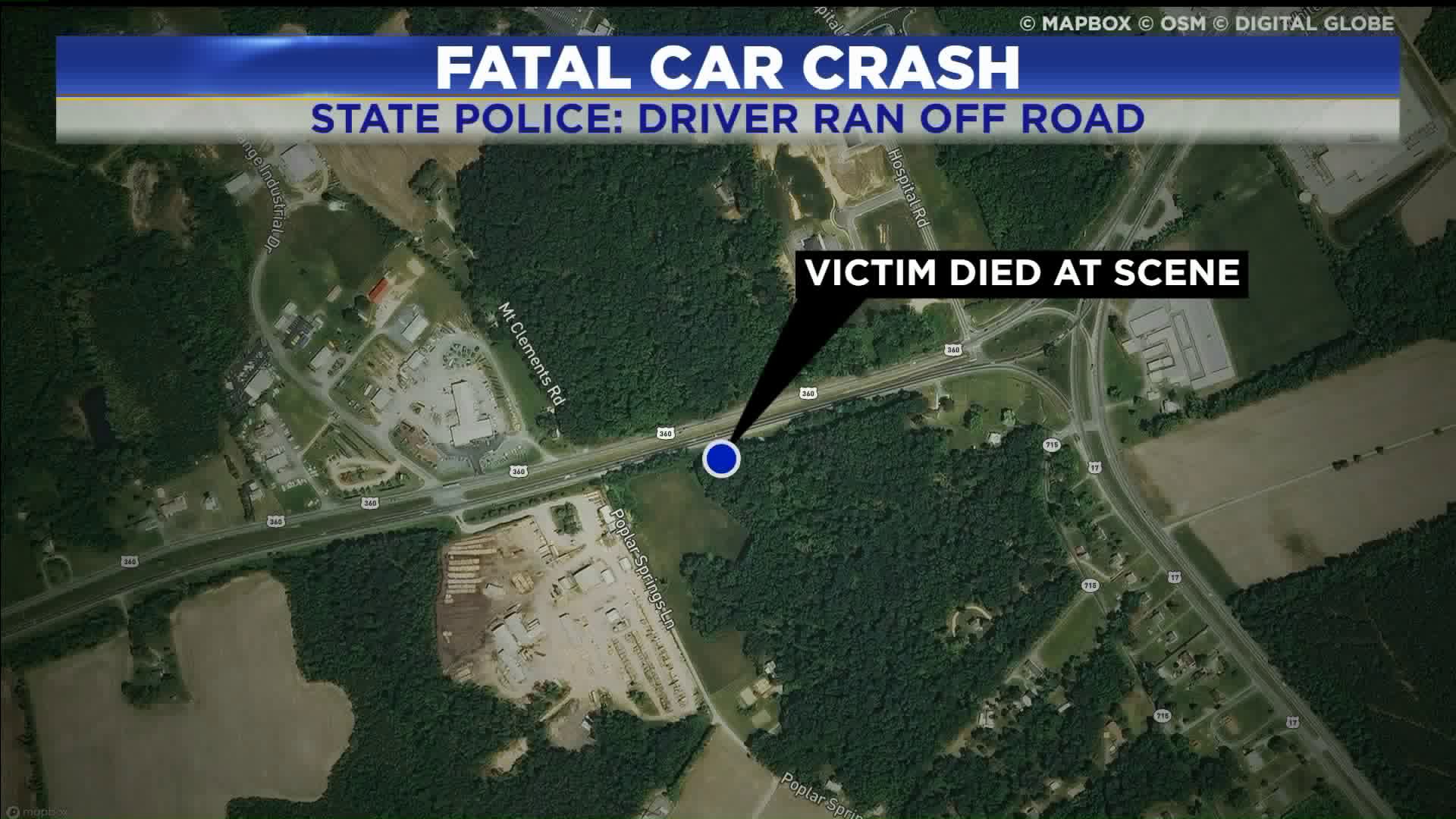 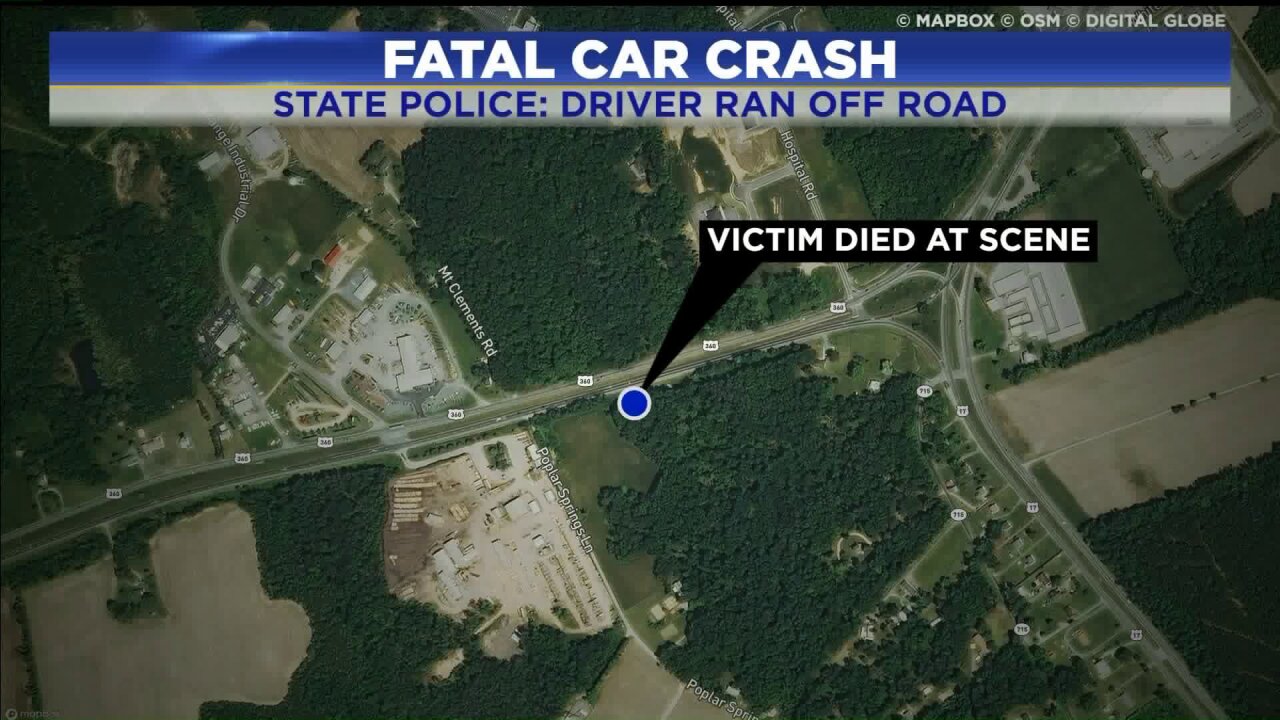 Troopers were dispatched to the single-vehicle crash just before 9:30 a.m., according to Virginia State Police Public Relations Director Corinne Geller.

"A vehicle traveling on Route 360 ran off the road near Route 647 and overturned," Geller said. "The driver died at the scene."

Officials were still notifying the victim's next of kin at last check Sunday.

Troopers said the cause of the crash remains under investigation.