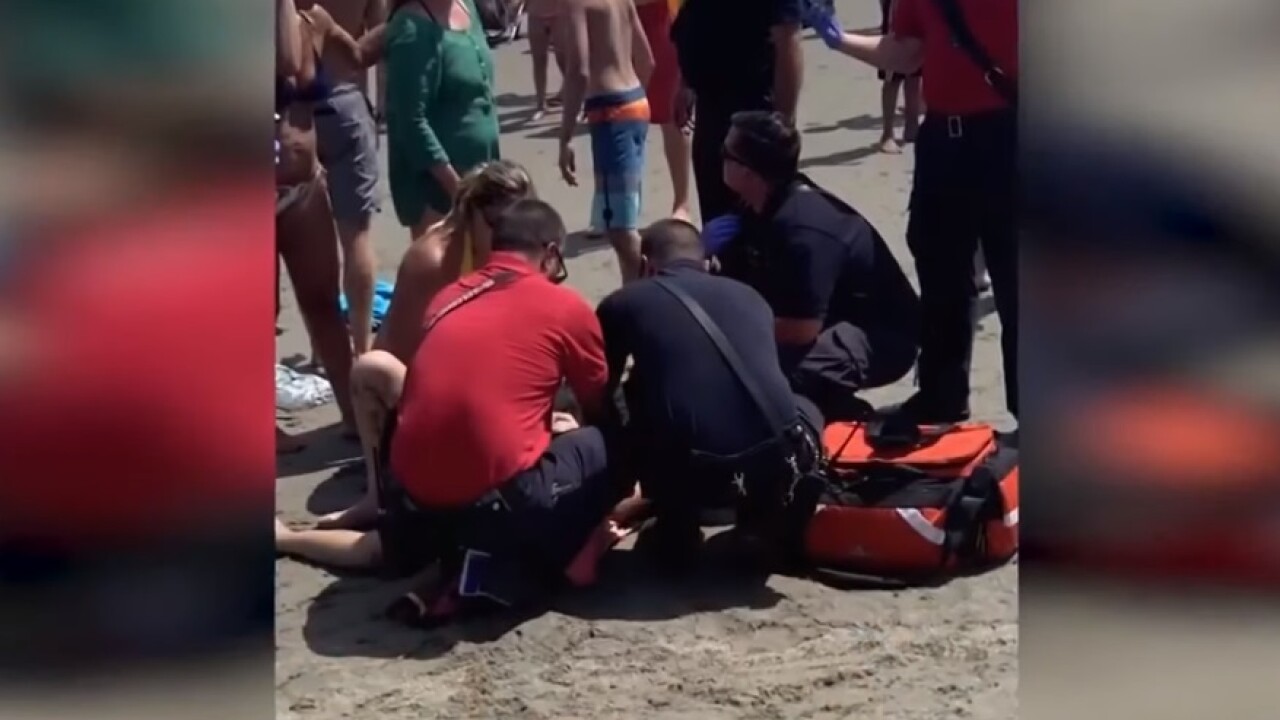 GLOUCESTER, Mass. — A 13-year-old boy was injured by an umbrella at a Massachusetts beach Friday, the Gloucester Fire Department said.

Fire Lt. Nick Ouellette told CNN he responded to the call at Good Harbor Beach around 1:40 p.m. and learned the boy had a puncture wound on his left shoulder caused by a beach umbrella.

A lifeguard and an off-duty nurse were assisting the boy before paramedics arrived, Ouellette said, adding that everyone seemed “surprisingly calm.” He said he wasn’t sure how the umbrella injured the boy, who Ouellette believes was at the beach with his family.

“I was sitting right here, and a little gust of wind came up, and the umbrella popped straight up in the air,” Chris Carson told WCVB. “Before anybody could grab it, it just kind of rolled over, and the kid was standing in the way on the beach. He couldn’t get out of the way.”

The boy had “serious but not life-threatening injuries” and was transported to Beverly Hospital, the fire department said.

Good Harbor Beach is on Cape Ann, about 40 miles northeast of Boston.

First responders say they are treating a person who was impaled by a flying umbrella at Good Harbor Beach in Gloucester. #WCVB pic.twitter.com/stkyMXkKYz