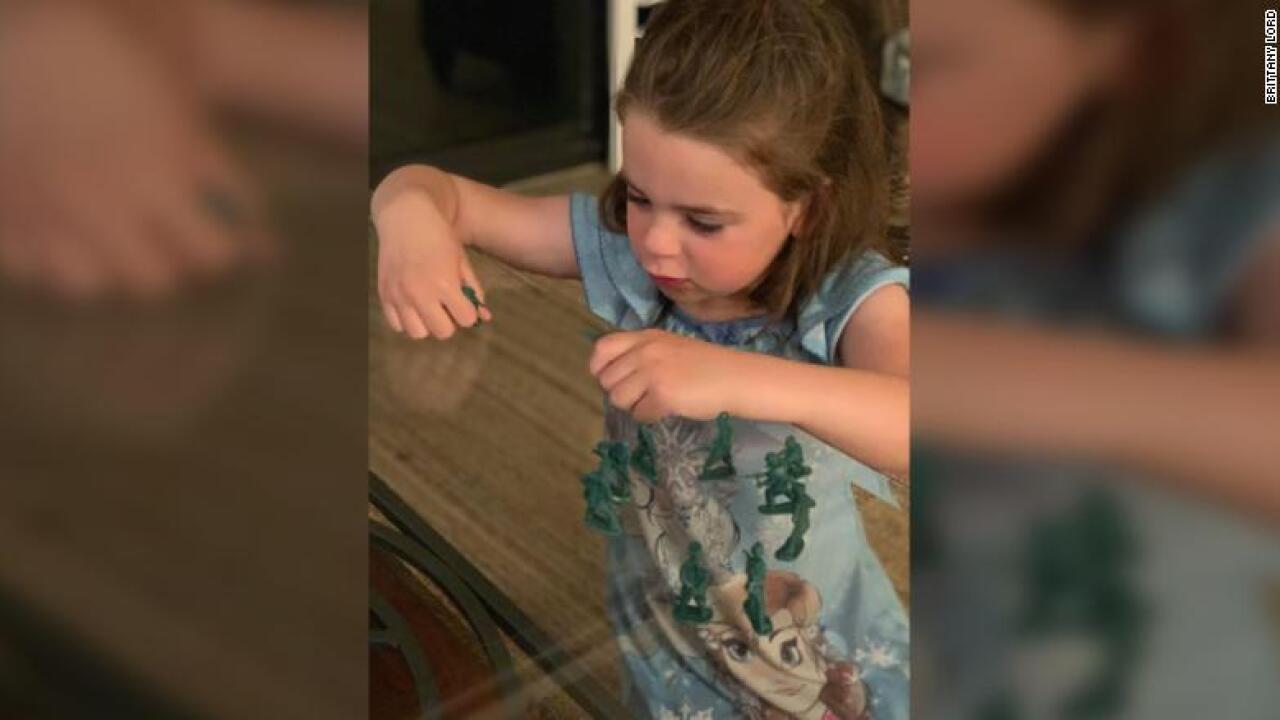 Vivian Lord does not want pink soldiers, she wants toy soldiers that actually look like women.

Vivian Lord does not want pink soldiers, she wants toy soldiers that actually look like women.

Vivian Lord may be only 6 years old, but she’s making her voice heard.

This summer, when she began playing with plastic toy soldiers, she was struck by one glaring issue: There were no women.

Vivian decided she simply would not stand for this. So she began drafting letters to toy companies across the country, asking that they start making female toy soldiers.

Vivian’s mother, Brittany Lord of Little Rock, Arkansas, was caught by surprise when Vivian brought the issue to her attention.

“I had never thought of that before,” Lord said.

Lord and her husband searched for female toy soldiers for Vivian, but all they could find were pink male soldiers. Vivian was not buying it.

Vivian listed these grievances in her letter, adding that some girls don’t even like the color pink.

“[Please] can you make army girls that look like women,” Vivian wrote. “I would play with them every day and my [friends] would to!”

Vivian and her mom have contacted three toy companies, and one has responded.

Jeff Imel of BMC toys told Lord that he would love to make it happen if he can gather enough support. Imel has been thinking about the project for a number of years, he told CNN.

Maybe with Vivian’s help, he can finally make this idea a reality.

“I’m just thankful that at a young age, she’s getting a lesson, that if you speak up, people will listen,” Lord said.