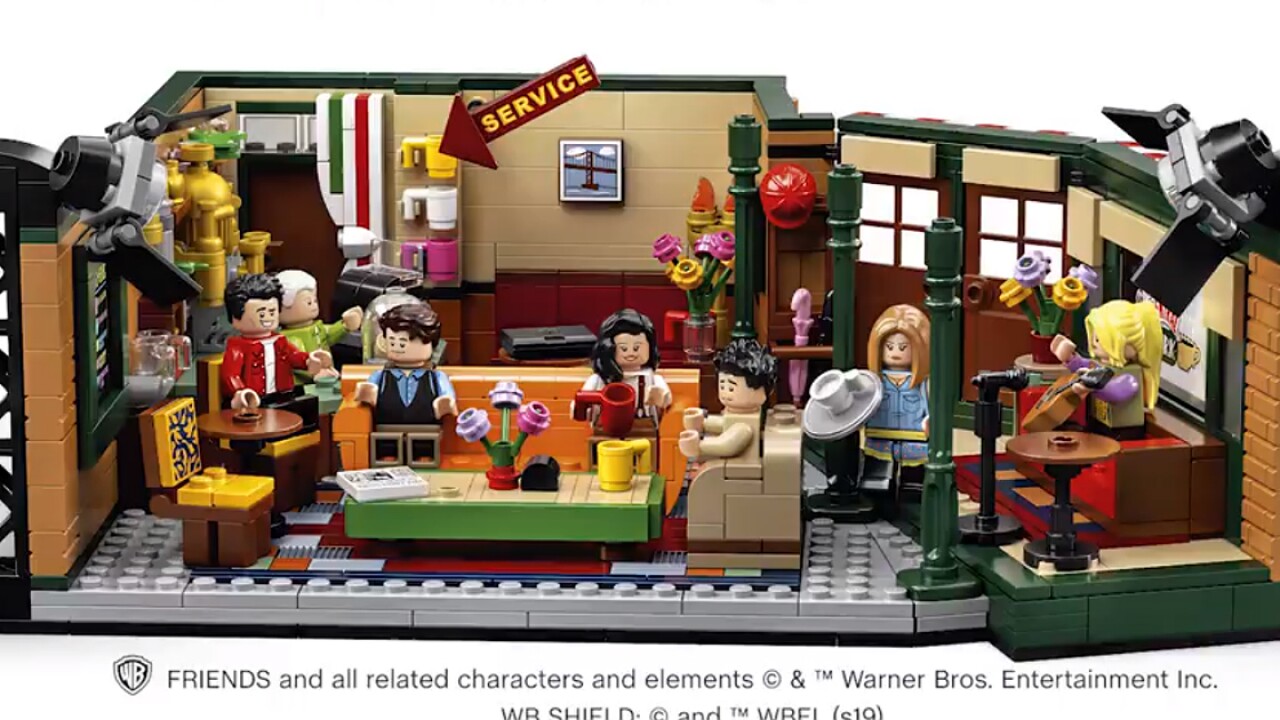 We may not be getting a “Friends” reunion anytime soon, but the band is still getting back together.

In honor of the show’s 25th anniversary, Lego is releasing a Central Perk set of the New York coffee shop that served as the hub for the characters.

The set features 1,079 pieces and is “both great for play and display and is sure to grab attention in any room,” according to the company’s press release.

Could we BE any more excited to build Central Perk?! ☕️ #Friends25 https://t.co/ID4dAfG8TZ pic.twitter.com/MQDHFnym4V

It includes mini-figures of seven characters (compl), the seating area and furniture pieces.

“Builders can also recreate the stage where Phoebe Buffay performed her songs on guitar (and Ross Geller once played his keyboard), as well as including a brick-built coffee machine, cookie jar with two cookie elements, menu board element and other authentic items,” the release says.

The Lego set joins other anniversary promotions, including a planned Central Perk pop-up in New York.

The set goes on sale September 1.