Cleanup of all schools’ cooling towers underway in Chesterfield: ‘We’re not going to take a chance’ 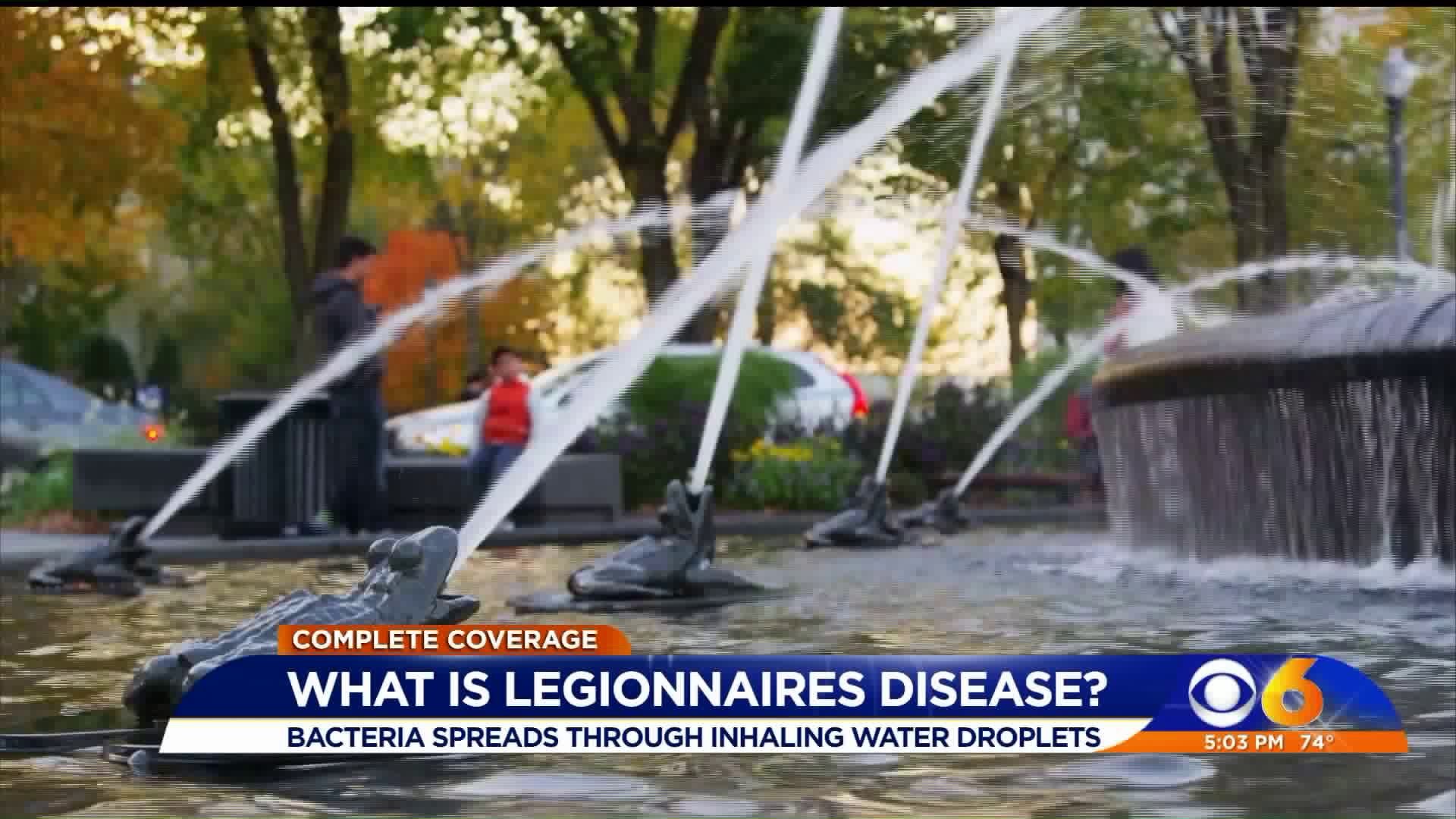 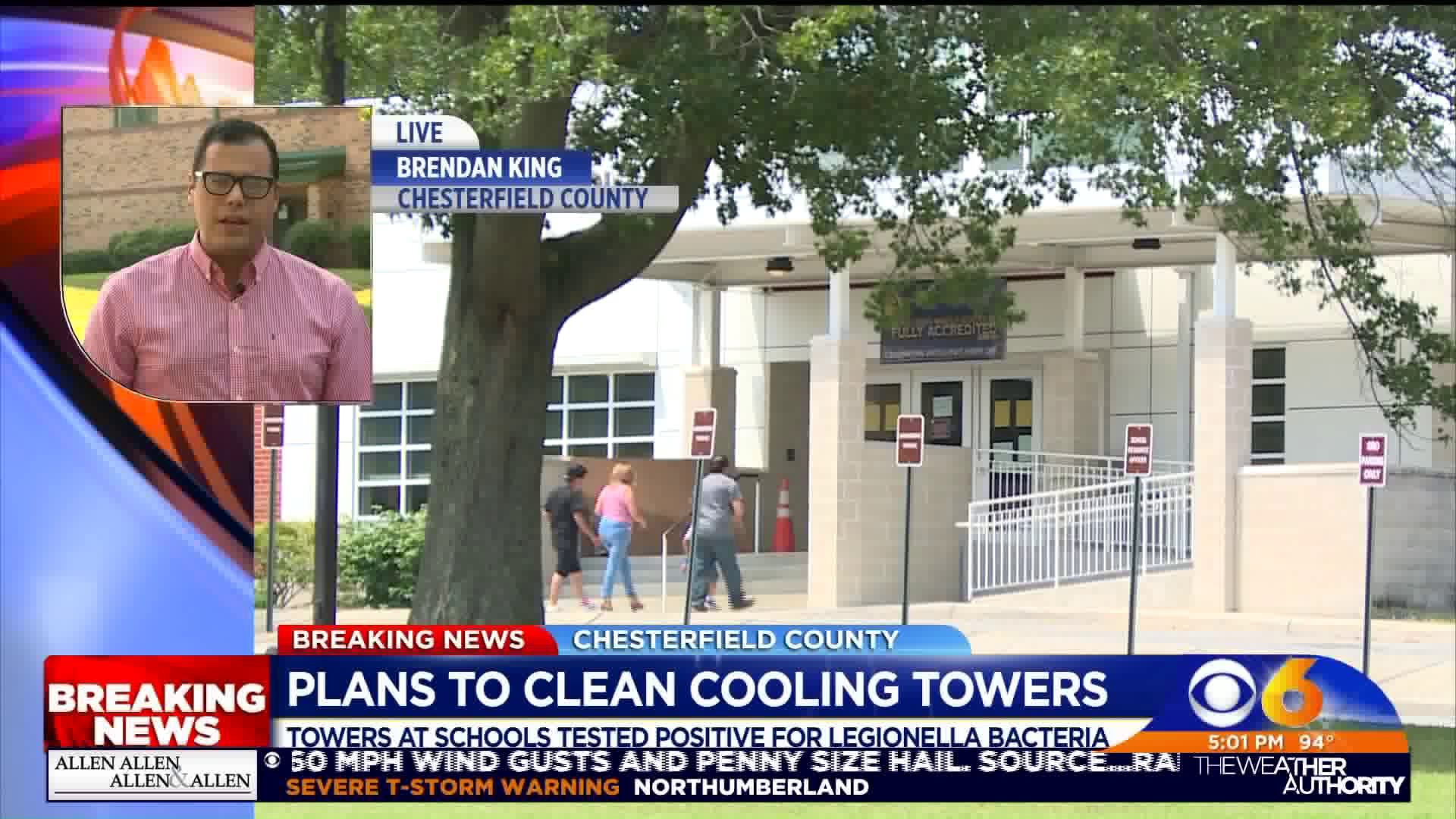 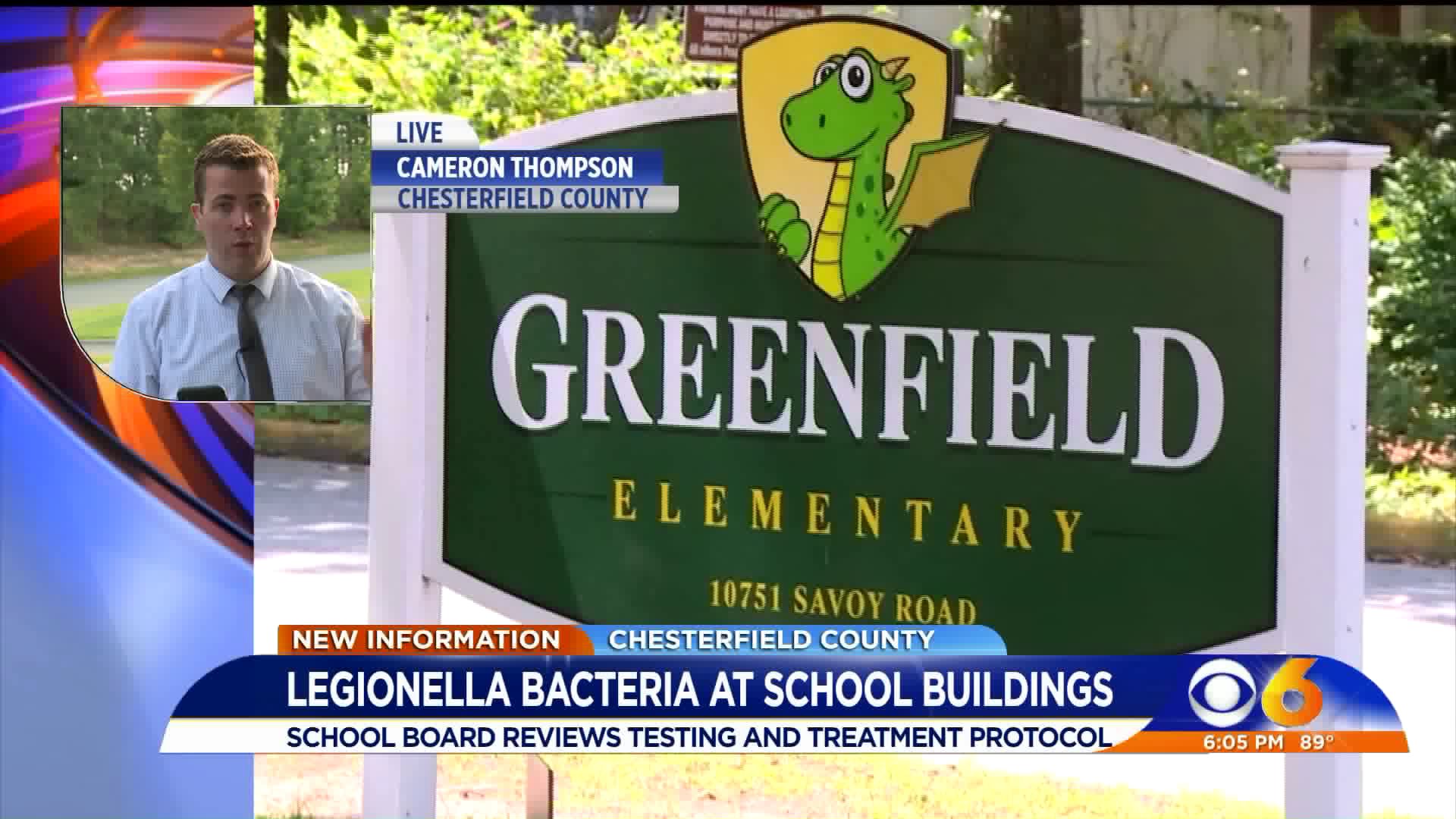 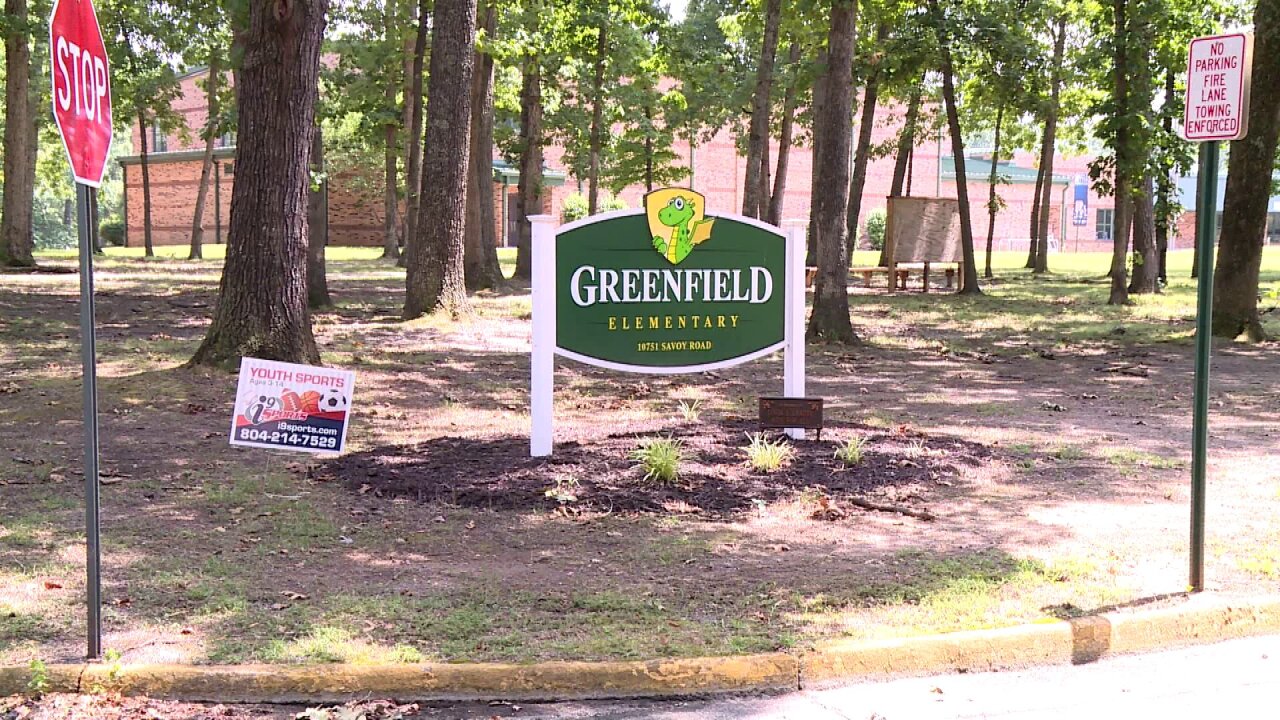 UPDATE 8/12: CCPS Superintendent Dr. Mervin B. Daugherty said on Monday that the work has already begun.

“They’ve already started, so we’re in good shape and we’re just being proactive with all of our schools now. We’re not going to wait, because they say you never know where it’s going to show up. We’re not going to take a chance, let's go ahead and our point was if we know something. Let’s act on it and be proactive about it," said Dr. Daugherty ahead of a CCPS Board retreat.

A CCPS spokesperson told CBS 6 that the cleaning has been completed at Greenfield Elementary School, the first school that was reported to have Legionella bacteria present, and the school has been reopened.

They added that they expect the other two schools, Midlothian and Falling Creek Middle Schools, to be open by Tuesday.

"The accelerated plan is out of an abundance of caution, as this work was not suggested or requested by the Chesterfield Health District or the Centers for Disease Control and Prevention," Smith said. "Those two entities are leading a local investigation seeking to determine the source of 11 cases of Legionnaires' disease identified in Chesterfield County this summer."

Smith said the district has "exceeded guidance provided by local, state and national health and risk management experts" since learning of the test results.

"Upon notification of positive tests, the school division proactively closed the three sites immediately," Smith said. "This was not required, and has not been done by any other non-governmental entity identified locally as having a positive Legionella test result. Extensive cleaning and remediation already has occurred at Greenfield Elementary and is underway at Falling Creek Middle and Midlothian Middle. Each of the three buildings is expected to reopen to the public early next week."

The Chesterfield Health District (CHD) announced Thursday there had been 11 confirmed cases of Legionnaires’ disease in the since May 1. On average, the county normally sees three cases of the disease each year.

The cases, the latest of which was announced Aug. 8, involved older adults and people with certain medical conditions, according to health officials.

Officials are searching for possible sources of the Legionella bacteria in the northeastern portion of the county.

The CHD said “because there were no common water or facility exposures identified among cases, cooling towers became a suspected mode of transmission." It added that they have collected samples from 12 sites within a common geographical area.

As of August 6, investigators said they have confirmed the presence of the Legionella pneumophila serogroup 1 (Lp1) of the Legionella bacteria at seven sites, including three Chesterfield County public schools.

The CHD said Legionella bacteria "are found naturally in the environment and are commonly identified in building water systems and devices that are not adequately maintained."

It added they expected to find the bacteria when they tested for it, but added that there were several types of it. It said the Lp1 serogroup is “the type most commonly associated with developing Legionnaires’ disease."

CHD Director Dr. Alexander Samuel spearheaded the investigation and efforts to pinpoint a source of the bacteria.

"My biggest fear is that people will blow this out of proportion. This is not a public health emergency," Samuel stated. "We are still in this phase with this could this be simply his issue of seeing more cases because of enhanced surveillance."

Samuel said they're focusing on cooling towers after studying similarities of the 11 confirmed cases of Legionnaires' disease. Epidemiologists have ruled out the water supply, false negative reports, and common facilities as links to the cases.

"Today, we cannot say we're linking anything to any one source," Samuel said.

The Virginia Department of Health (VDH) has a spreadsheet showing the results and statuses of the tests. The CHD added that testing has not been completed on all 12 sites, and additional testing of these samples is pending.

The five other sites tested include two more county schools -- Meadowbrook High School on Cogbill Road and Hopkins Road Elementary School. Tests on both those schools came back negative.

"The risk to residents or visitors to Chesterfield County remains small,” said Dr. Samuel. “The health department continues to make every effort to identify cases of Legionnaires’ disease and will continue to work with facilities to remediate any potential source of exposure.”

More information from the VDH about Legionnaires’ disease can be found here.