‘It’s not just dogs and cats:’ Officers catch 2 pigs on the loose in the city 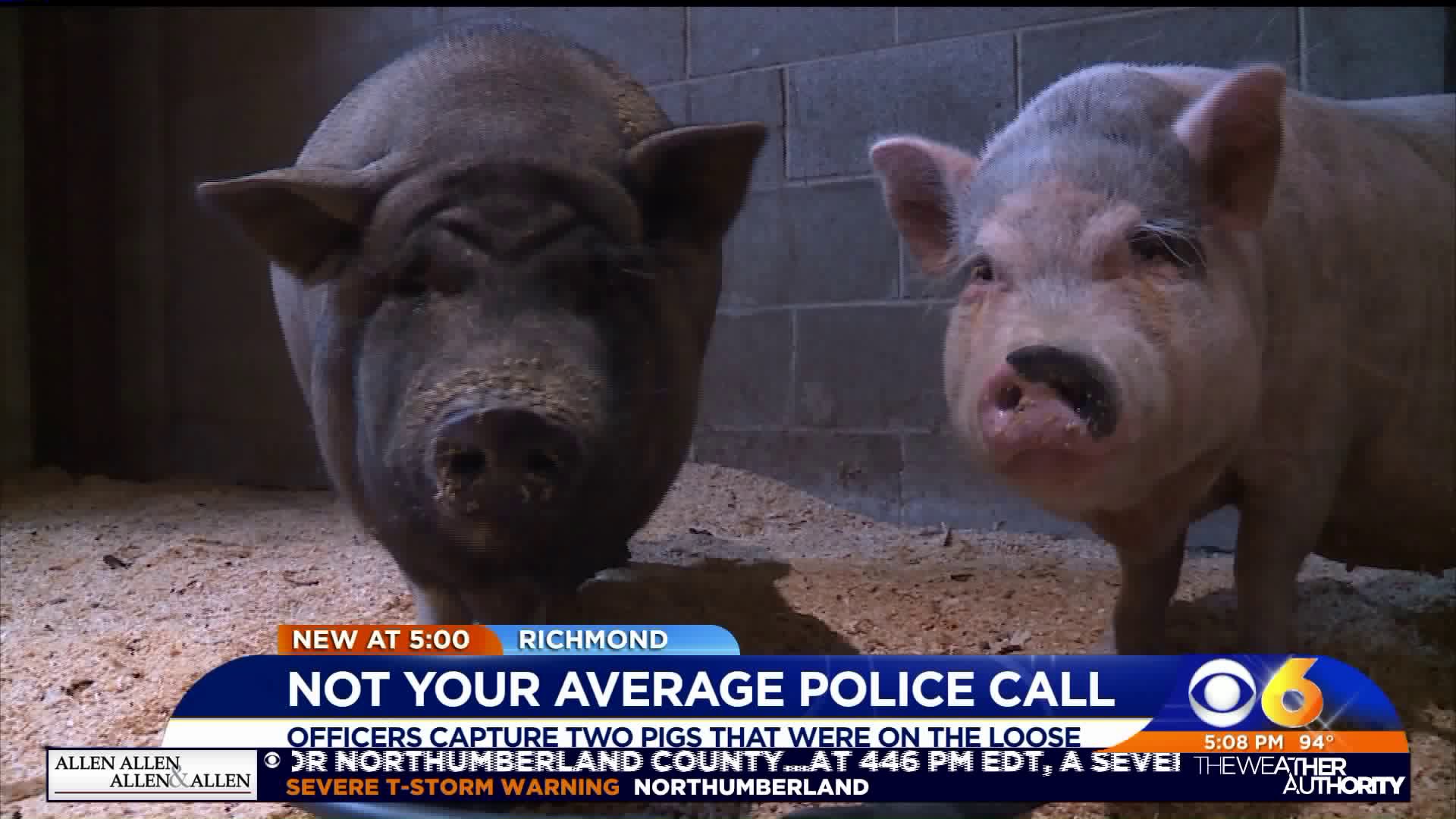 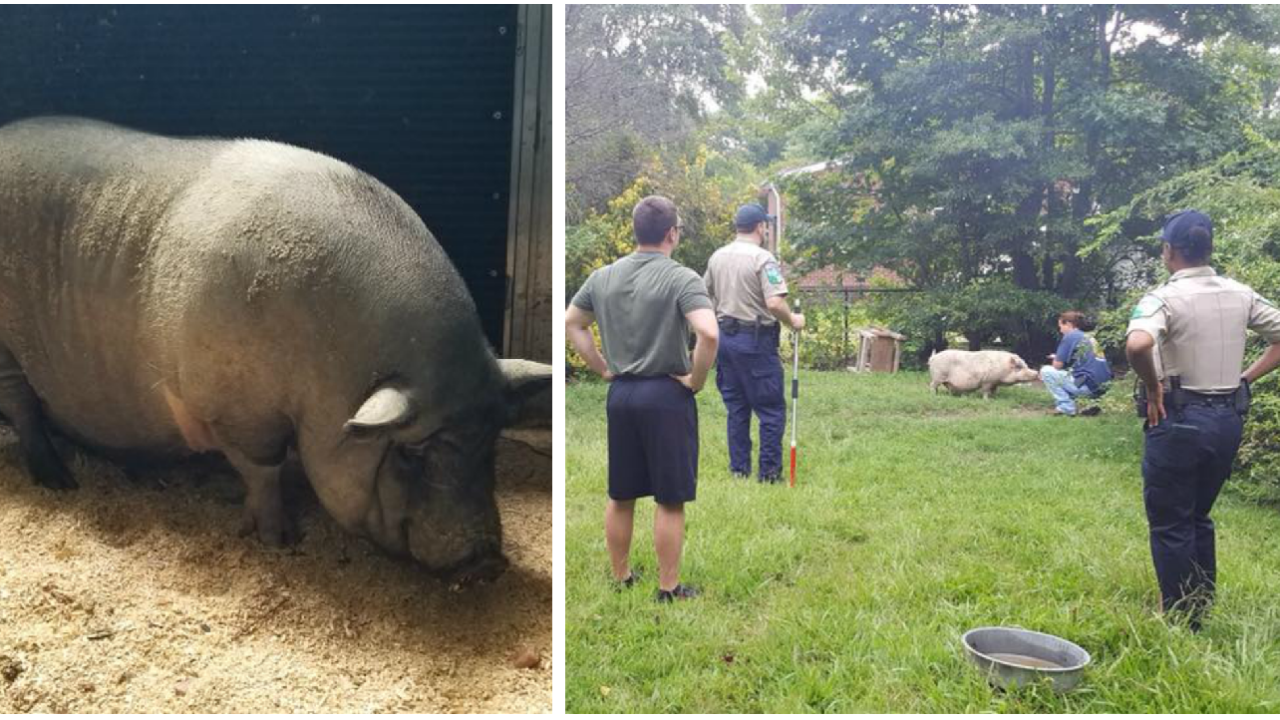 Those are the words from Richmond Animal Control (RACC) after two loose pigs gave officers quite the adventure in South Richmond Friday morning.

RACC says the two pigs were standing in Hopkins Road around 7:00 a.m.

The shelter posted photos on their Facebook page showing their officers, along with Richmond Police, trying to catch to pigs.

Meet Penny and Patsy! @RACC_Shelter and @RichmondPolice corralled the potbellies in a south Richmond backyard this morning. I’m told the pigs may have been abandoned, but officers are working to contact their owner. @CBS6 pic.twitter.com/YKtMvNOlVb

“Shout out to the Richmond Police Department -especially the mounted unit for the use of their trailer and good pig catching skills!” RACC wrote.

Richmond Police officer Allyson Ritchie says officers used carrots and celery, one of the officer’s snack for the day, to corral the pigs in a backyard.

On Facebook, Richmond Police said it was “eventful Friday morning” for some of their officers and they are glad they could assist RACC.

The pigs are named Penny (black pig) and Patsy, who police have had run-ins before for getting loose.

RACC is trying to contact the owner who they believe may have abandoned the pigs.