Dinwiddie family ‘lucky to be alive’ after truck crashes into home 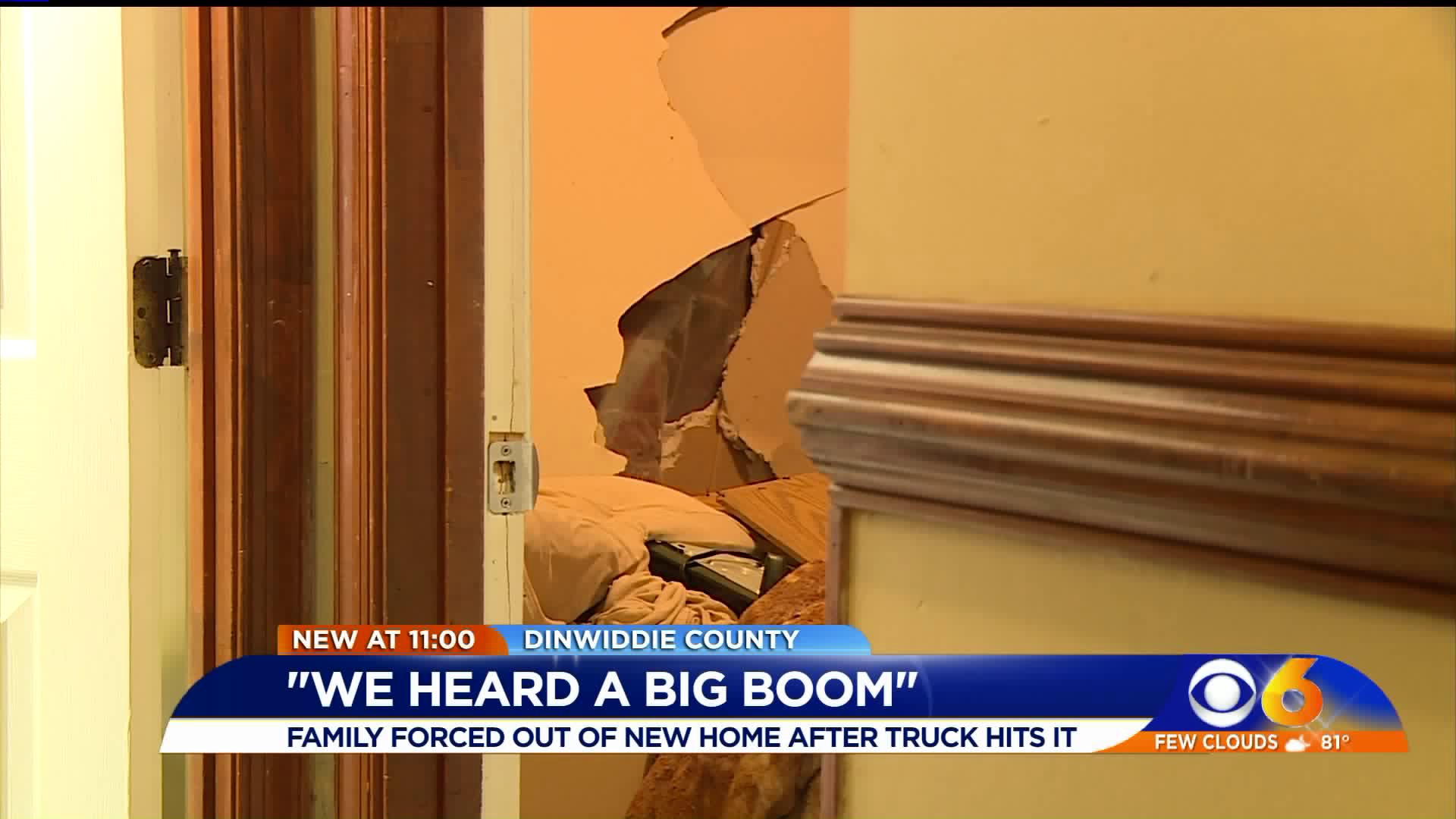 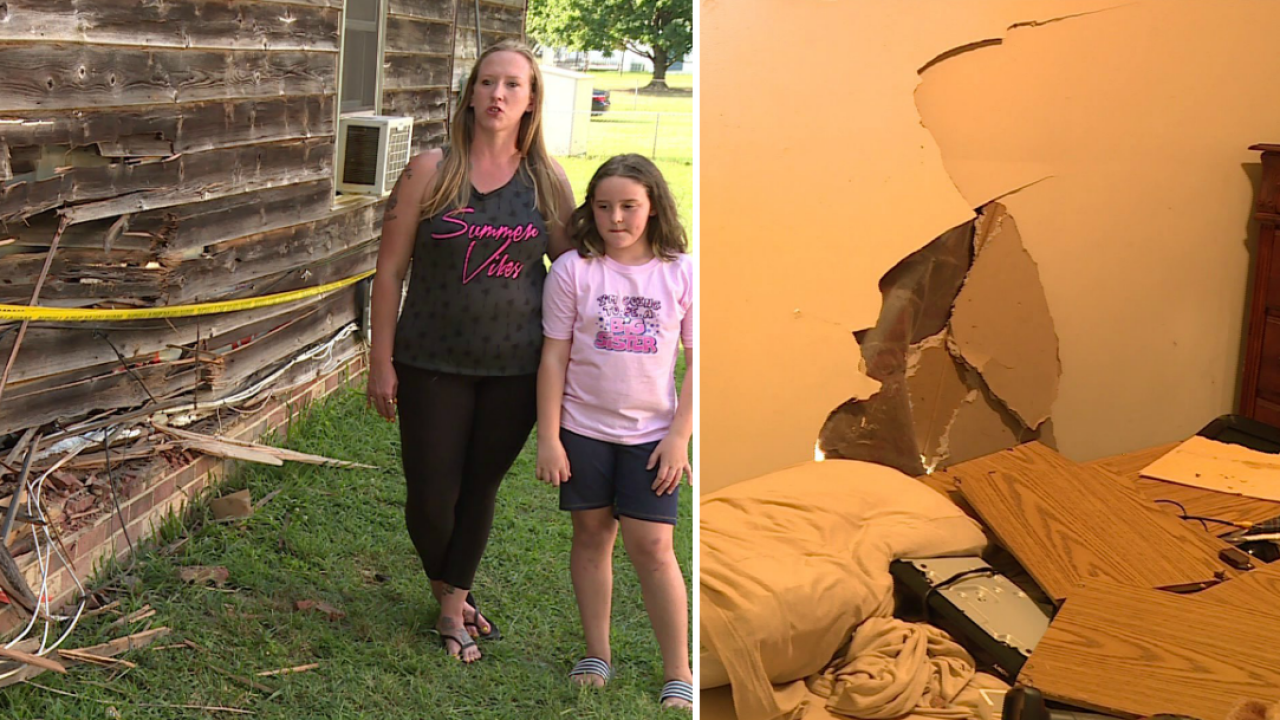 DINWIDDIE COUNTY, Va. -- A Dinwidde family said they're lucky to be alive after a truck crashed into their home Thursday evening.

"We heard a big boom and the house shook," said Lisa Hawkins.

Lisa Hawkins and her fiance, Mark Adkins had been living in their home along River Road since April. Hawkins said she and was in the hallway when the crash happened.

"Yeah I was scared, I didn't know what was going on. Why is this truck in my house," said Hawkins.

Hawkins said the driver blacked out behind the wheel, hit a power box, crossed into her neighbors yard and into Hawkins home.

"I mean if any of us would have been laying in my bed, it could have been really, really bad. The fact that nobody wasn't in there, I'm thankful for that and grateful everybody's okay." Hawkins said.

No one was hurt in the crash and Hawkins and her family are now looking ahead to what's next.

"We're waiting on the insurance adjuster, so we know what the next step is," Hawkins said. "I guess they have to have someone come out and inspect the home if it's safe for us to be here or if we're going to have to find somewhere temporarily to stay while they get everything fixed."

No word yet on if the driver of the truck will be or has been charged in the crash.