Why trash in this Henrico neighborhood hasn’t been picked up in a month: ‘It’s filth’ 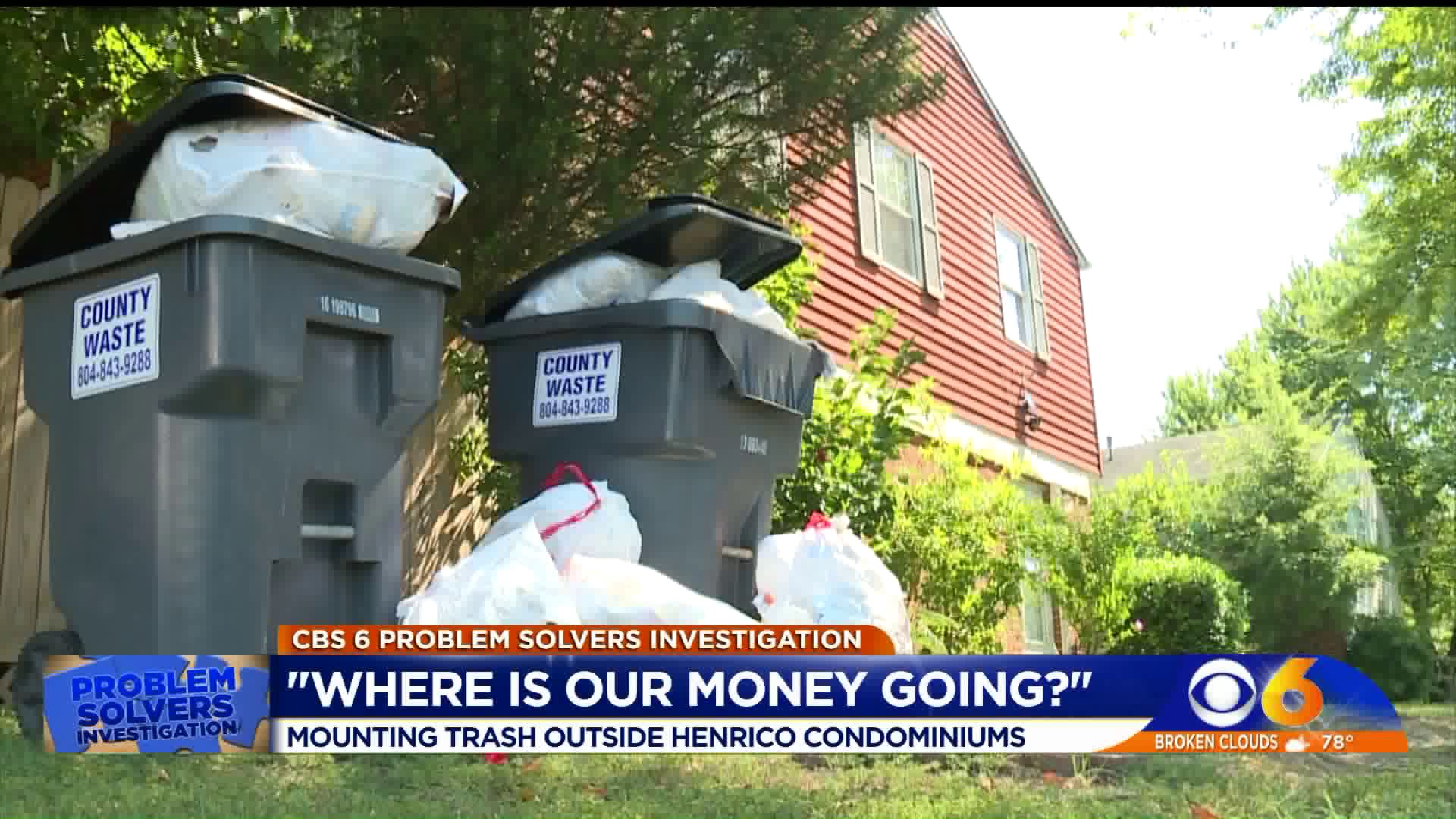 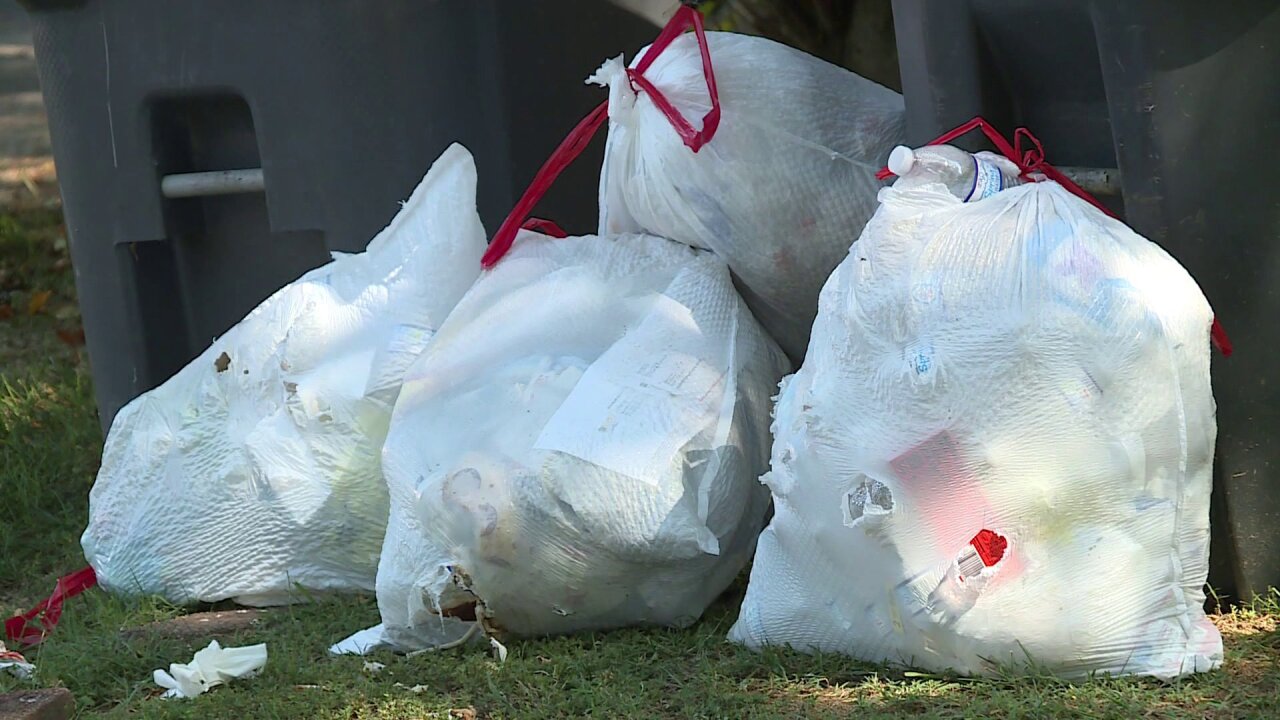 HENRICO COUNTY, Va. -- An eastern Henrico community is filling up with trash as garbage cans continue to overflow outside Wynfield Condominiums One.

“It’s filth,” said a resident who did not want to be identified.

Homeowners say it's been more than a month since they have seen a trash truck.

"You can smell the old food and stuff. You can see all the flies.”

“We’re paying good money. Please do something. This is terrible. It’s nasty,” the resident pleaded. “We had a raccoon out here the other day when I came out here with my son to throw out the trash had to take him back out in the house. I know they carry rabies so I was kind of scared. You can smell the old food and stuff. You can see all the flies.”

“Very frustrated, me and my wife, we make the payments every month, $150 to the association," he said.

The homeowner said he was told by County Waste -- the community's contracted trash company -- that they stopped service because they hadn’t been paid by the association in months.

“Our accounts are locked because ACS West owes them over $1,800.00 and they haven’t received the payment. I think the last payment they received was in April," he said.

The CBS 6 Problem Solvers reached out to ACS West, the agent who does the bookkeeping for the condo community.

The CBS 6 Problem Solvers learned half of unit owners haven’t been paying their monthly dues for years, making it impossible for ACS West to pay all the bills on behalf of the community.

“Despite accounting services resulting in over $100,000 of judgments to nearly half the community, redlining and withdrawal of FHA mortgages has decimated their equity and subsequently their ability to pay expenses," ACS West agent Charles Small said. "Efforts to seek help from state and local resources have fallen on callous and deaf ears."

The CBS 6 Problem Solvers reached out to the county about the sanitation concerns and to see if there was anything it could do to hold residents accountable.

“Henrico County is aware of the challenges at the Wynfield Condominiums and is exploring whether trash pickup service can be provided to residents on an individual basis," Henrico Community Maintenance Manager Paul Johnson said. "If the lack of service results in a trash and debris violation under the Henrico County Code (Sec. 10-100. - Unlawful storage or accumulation of refuse), Community Maintenance staff will issue a notice of violation to address the situation."

The county’s ability to collect or compel the collection of dues from homeowner’s associations is prohibited under Virginia law.

"Virginia is a Dillon Rule state, which means local governments can adopt ordinances and take actions only if those powers are explicitly granted by the Virginia General Assembly. Because the state has not granted local governments such authority, the issue of dues collection is a civil matter between property owners and the Wynfield Condominium Association,” Johnson added.

County trash service is available to individual condominium owners at Wynfield, he advised. Neighbors interested in that option should call the Department of Public Utilities at (804) 501-4275 for more information.

Hours after our inquiry, the community was put on notice that trash service has been suspended and that they will have to make arrangements on their own for service on top of their monthly $150 monthly condo association dues.

CBS 6 contacted County Waste, and they will be picking up trash carts from residents Friday, August 9.