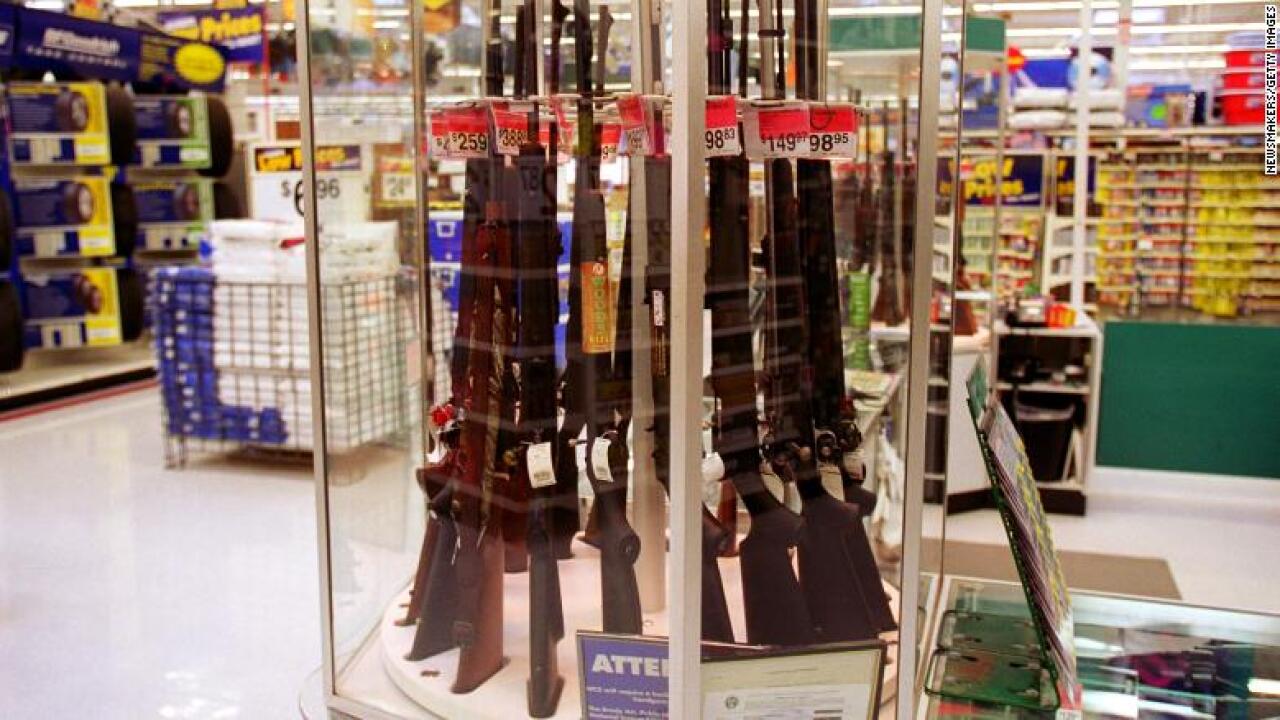 A Walmart corporate worker urged co-workers to stage a sick-out in a mass email that he hopes will persuade the company to stop selling guns.

Thomas Marshall, who works in an e-commerce division in San Bruno, California, called for a sick-out general strike in the message he wrote with two co-workers.

Walmart is one of the largest retailers of guns and ammunition in the world, and its stores were the scene of two deadly shootings last week. Two employees were killed in a Mississippi store on July 30, and a white supremacist killed at least 22 people on Saturday in El Paso.

“Of all the gun tragedies, this hit the closest to home for a lot of us,” Marshall said. “I felt like I had to do something or else I would really be complicit in a company that was continuing to sell firearms.”

Marshall said he sent the message to an e-commerce email chain that includes about 20,000 people and posted it in a Slack online messaging channel that reaches every Walmart associate in the United States.

“In light of recent events, and in response to Corporate’s inaction, we are organizing a ‘sick out’ general strike to protest Walmart’s profit from the sale of guns,” said the letter, which Marshall also provided to CNN.

“Walmart is a company that has always placed its associates and customers first, and we have recently made great strides toward fostering a safe, inclusive, and progressive community. Last year, Walmart raised the minimum age to buy a firearm or ammunition from 18 to 21 and removed products resembling assault-style rifles from its inventory. Walmart is still, however, the single largest retailer of firearms in the United States.

“We have made great strides already, but now we must organize to shape this company into a place we can all be proud of. As associates, we have the power, ability, and opportunity to change this company for the better.”

A co-worker sent a second letter urging workers who could not call out sick to wear black in solidarity and to sign a petition on Change.org calling for the chain to stop selling guns.

Walmart spokesman Kory Lundberg said, “We haven’t had any indications of unusual attendance or call-ins.”

He said the company encourages employees to offer suggestions. “There are many more constructive outlets for employees to provide feedback.”

Marshall said he and his colleagues are also organizing a walkout and moment of silence at 3 p.m. local time Monday at facilities across the country.

He said the walkouts would feature a moment of silence for the victims of the shootings.

Marshall said he has worked at Walmart for about a year and really likes it.

“We love our fellow associates, we care for each other, and so this is really coming from a place of, we want to change this company into a place we can continue to be proud of working at,” he said.

He praised the company for the gun-safety actions it’s already taken.

Walmart stopped selling assault-style rifles in 2015 and sells handguns only in Alaska. It also stopped selling guns to anyone under 21 after last year’s shooting in Parkland, Florida.

Marshall said that they would send the Change.org petition, which has more than 32,000 signatures, to Walmart CEO Doug McMillon.

McMillon promised in a LinkedIn post on Tuesday to respond to the shootings in a “thoughtful and positive way.” Company officials said Walmart’s policy on gun sales has not changed.