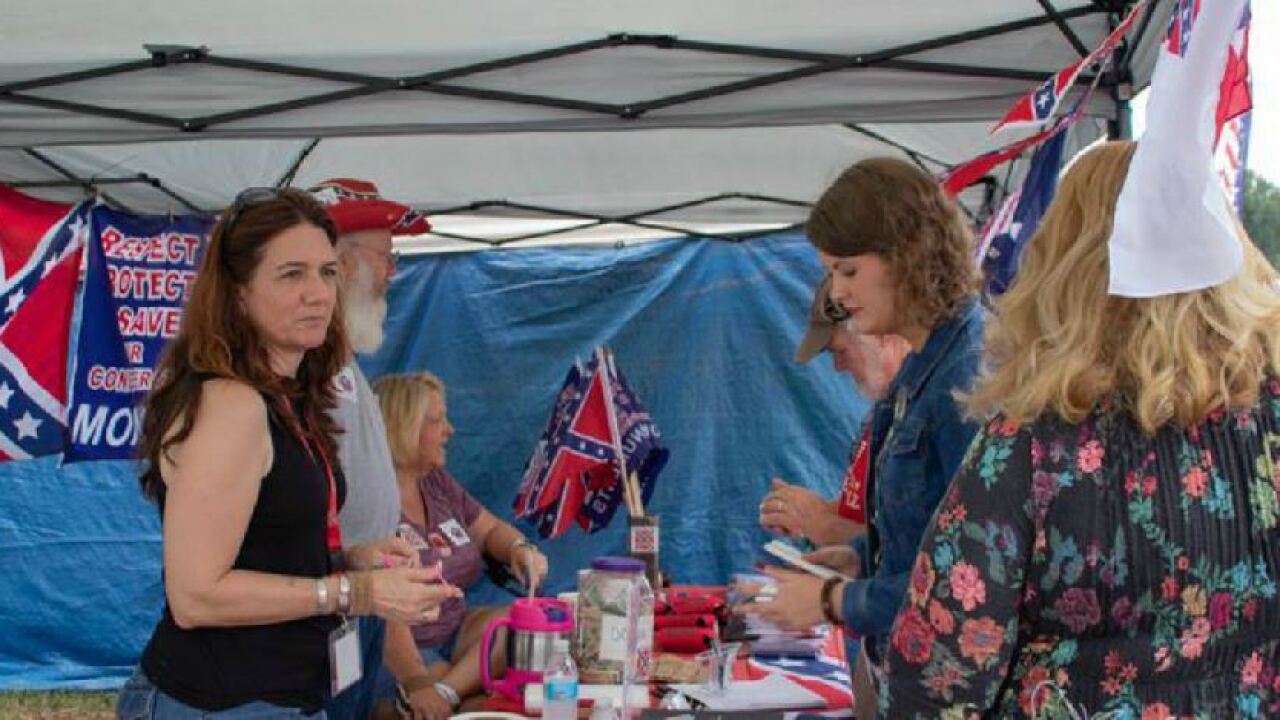 RICHMOND, Va. — The Virginia Flaggers, a group dedicated to protecting Confederate monuments and memorials, will not be allowed to set-up a tent at next month’s Field Day of the Past in Goochland County. The group, which had been allowed there for years, has called for a boycott of the three-day event.

“We are extremely disappointed to announce that the folks at Field Day of the Past are denying [us] admittance as vendors in this year’s event,” the Virginia Flaggers posted on Facebook.

While the decision to not invite the Flaggers comes at a time when the appropriateness of Confederate symbols in modern American is a topic of debate, Field Day of the Past organizers insisted that played no part in the decision.

“For several years, Field Day of the Past has had problems with two arts and crafts vendors [the Virginia Flaggers and Edmund Ruffin Fire-Eater SCV] who have repeatedly been asked to abide by our written guidelines to remain within their assigned spaces with all of their merchandise,” a Field Day of the Past spokesperson said. “These two vendors have consistently disregarded these guidelines. The decision to not invite them back in 2019 was based solely on the fact that these groups will not comply.”

“Richmond is the Capital of Confederacy, like it or not,” he said. “”Honor our history and quit trying to white wash it.”

The Virginia Flaggers claimed they did everything “in our power to prevent this.”

Group members said they addressed complaints raised by the Field Day of the Past and have attempted to “clear up the obvious miscommunications.”

They have called for a boycott of the event by those who support Confederate heritage.

Regardless of the reason for the Flaggers’ exclusion, supporters and those who disagree with the decision voiced their opinions on the Field Day of the Past Facebook page.

“We are extremely proud of your proactive decision to recognize the effect this issue has on many people and taking steps to remove offensive merchandise and vendors from your event,” Kristy L. wrote.

“Thank you for amending your policy to make this event welcoming and inclusive for all,” Dot H. added. “My family has avoided this event in previous years because of racist overtones in certain vendors.”

“Now that you are discriminating against my history and the honor of my ancestors I and my family will definitely not be there,” Wes M. countered.

“What a shameful decision you have made,” KV F. wrote. “To ban truthful free speech on one hand, then claim to promote history on the other. Hypocrite!”

An event spokesperson said the implication that Field Day of the Past is “abandoning any and all representation of our Confederate history is incorrect.”

“The Wickham SCV Camp, Richmond Discoveries’ Civil War Camp, and Hoytt Hill’s Civil War Medical Display will be in attendance,” the spokesperson said. “We look forward to sharing the hundreds of years of our Southern history with our attendees in 2019.”

Approximately 40,000 people are expected to attend Field Day of the Past (September 20 – September 22) on Ashland Road in Rockville. Events include truck and tractor pulls, historic re-enactments, antique vehicles, arts and crafts, and carnival rides and games.