Police: No ‘evidence that a crime occurred’ after USA Today building evacuated 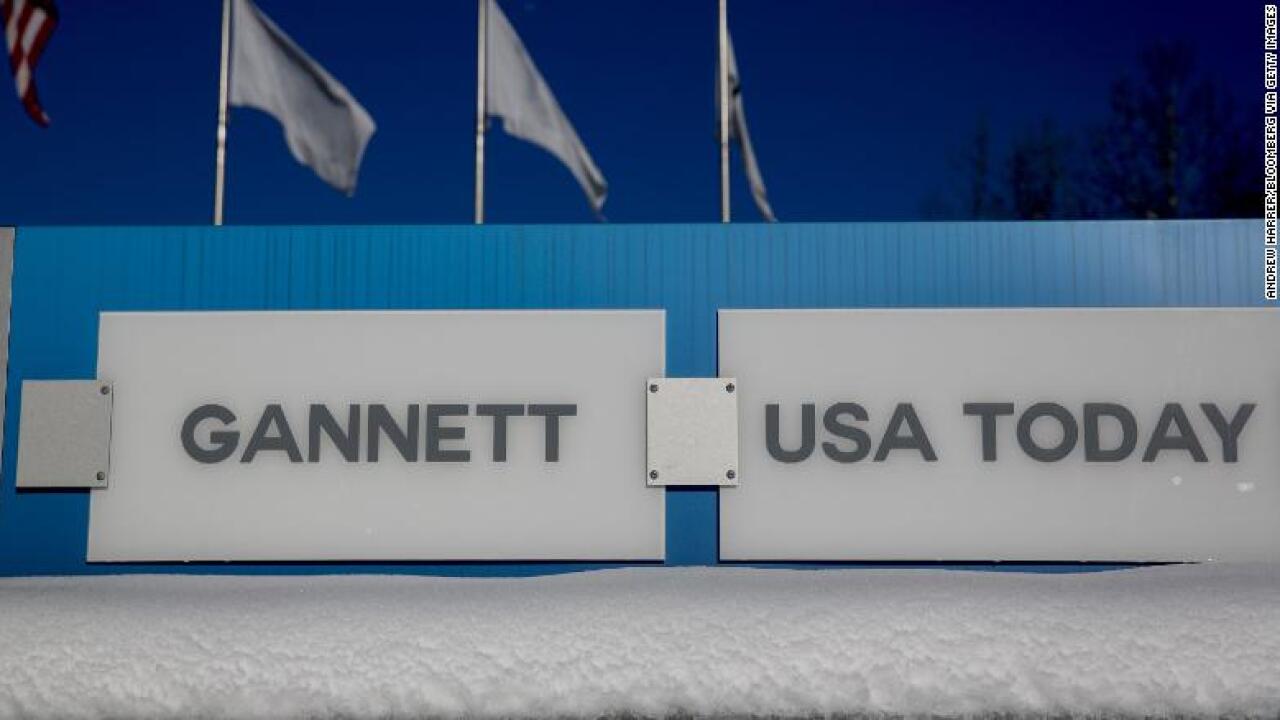 Gannett Co. Inc. and USA Today signage stands outside the Gannett and Tegna Inc. headquarters in McLean, Virginia, U.S., on Monday, Jan. 14, 2019. USA Today publisher Gannett received an unsolicited $1.36 billion offer from MNG Enterprises Inc., a company that has bought newspapers across the country and is known for its drastic cost cuts. Photographer: Andrew Harrer/Bloomberg

MCLEAN, Va. — Police outside Washington have said there is no threat to an office building that is occupied by USA Today and its publisher, Gannett, after the building was evacuated following reports of a man with a weapon.

Fairfax County Police Chief Col. Edwin C. Roessler Jr. said Wednesday afternoon that authorities had received a 911 call that an ex-employee was in the building with a weapon. In a second press conference later on in the day, Roessler later said he was “grateful” to report the incident was a “non-event.”

“We do not have any evidence that a crime occurred,” he said.

Roessler said the person who police had been looking for was located in a different part of Fairfax County and police were talking with that individual. He said there was no evidence that person had committed a crime.

USA Today, in an update on Twitter, said that reports of a man with a gun were “mistaken.”

“We have to treat this as real until we eliminate all the social media text messaging that is out there, but we do know the report that came in is an ex-employee armed with a weapon,” Roessler said at an afternoon news conference in response to a question about USA Today’s report.

UPDATE: We are working to investigate this reported threat. Officers are currently working to clear the building. At this time, we have found no evidence of any acts of violence or injuries. #FCPD #FairfaxCounty pic.twitter.com/CbCfsO2etj

Police evacuated the building as a precaution and asked people to move to a different location, as is standard protocol.

The incident comes amid a heightened nationwide alert to gun violence following weekend shootings in El Paso, Texas, and Dayton, Ohio. Newsroom staffers tweeted videos from the scene after they were evacuated and described a heavy police presence, and top editors gathered along with others from the newsroom and listened to the police scanner for updates on the search of the building.

The evacuation and some false claims on social media about an “active shooter” sparked concern for Gannett staffers and their loved ones.

Taylor Maycan, a podcast producer at USA Today, tweeted, “I never expected to be on the receiving end of a call from my parents — breathless, panicked + completely terrified — asking if I’m alive and OK. And I never want to be again.”

Gannett’s offices in McLean handle newsroom operations and corporate functions like marketing and circulation. The company is the country’s biggest newspaper publisher by circulation, with its flagship USA Today and dozens of smaller papers.