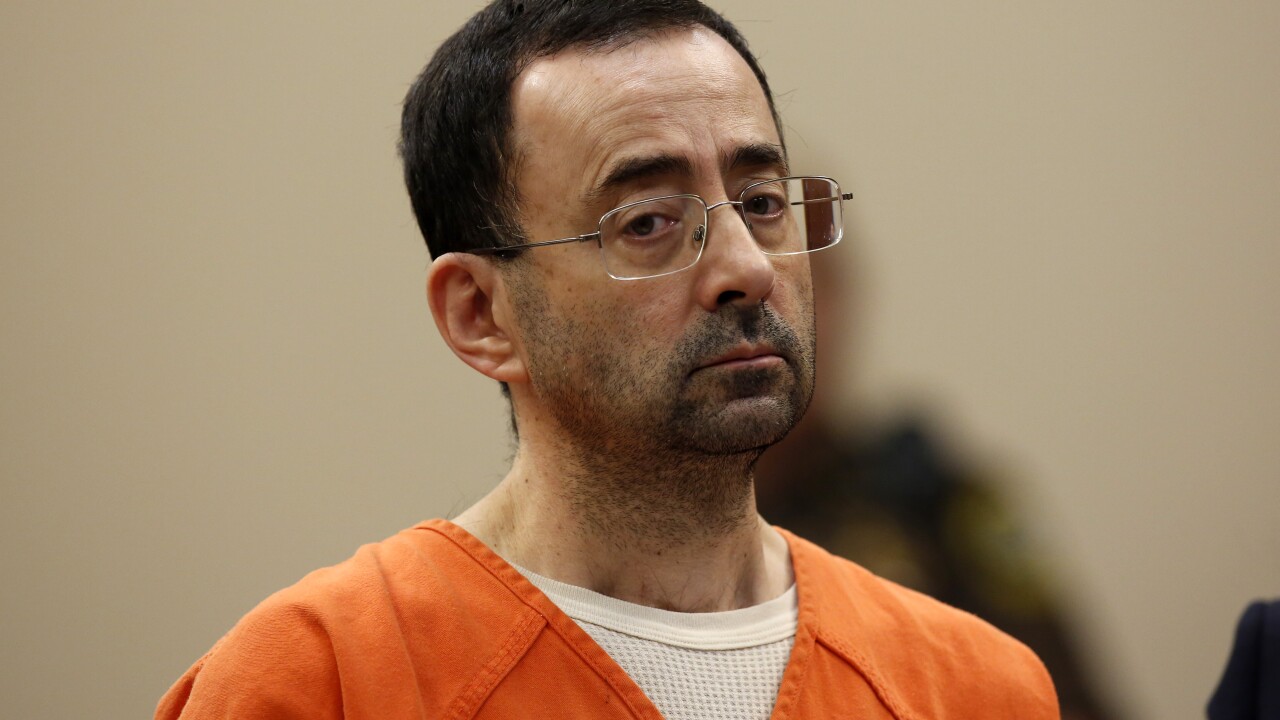 A former Michigan State University dean has been sentenced to a year in jail over accusations he harassed female students and failed to properly oversee Larry Nassar, the disgraced associate professor and physician.

William Strampel, the former dean of MSU’s College of Osteopathic Medicine, was sentenced to 11 months in jail on a count of misconduct in office, and a year in jail on two counts of willful neglect of duty, the Michigan Attorney General’s office said Wednesday.

He was convicted earlier this year. The sentences, handed down by Ingham County Circuit Court Judge Joyce Draganchuk, are to be served concurrently.

Strampel was charged as part of Michigan special prosecutor William Forsyth’s investigation into how Nassar, the former MSU associate professor and USA Gymnastics doctor, was able to sexually abuse girls and women under his care over two decades.

The charges against Strampel stemmed from his own actions as dean from 2002 to 2017, as well as his failure to properly oversee Nassar, according to court documents.

Court documents detailed statements from four female students who accused Strampel of using his power as a dean to sexually assault and harass them, as well as to solicit nude photos of the women.

While he was convicted of some charges in June, he was acquitted of a felony second-degree criminal sexual conduct charge.

“While Mr. Strampel’s sentence will never give back the years of pain and suffering his victims had to endure, the persistence of these courageous survivors made certain that he could no longer hide behind the title he once held to escape the reach of justice.”

Strampel stepped down as dean in December 2017, citing health problems. He was charged in March 2018.

Nassar was arrested in 2016. He pleaded guilty to charges of criminal sexual conduct and child pornography and was sentenced in 2017 and 2018 to lengthy prison terms that effectively will keep him behind bars for the rest of his life.

In Nassar’s court cases, scores of his accusers told heart-wrenching stories of his abuse, and several blamed MSU for dismissing their complaints and failing to stop him.