Man found beaten in Chesterfield office: ‘There was blood everywhere’ 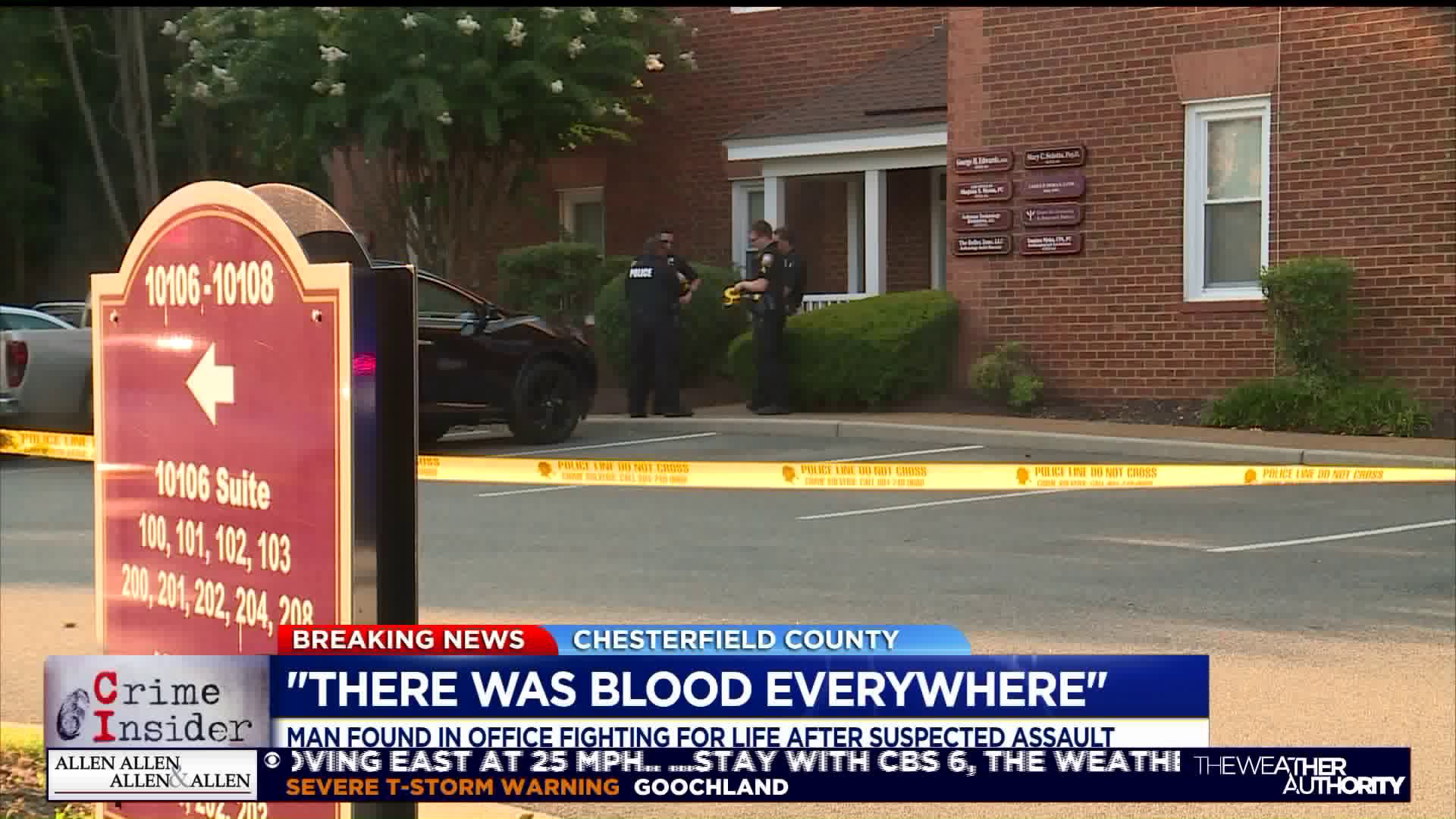 RICHMOND, Va. -- A man discovered with serious head trauma inside the hallway of a Chesterfield office building is in critical condition, Crime Insider sources said.

Police and fire crews rushed to the 10100 block of Krause Road after a 911 call came in for a man found shot in the head. But when paramedics arrived, they discovered he wasn't shot, but badly beaten.

The man was discovered face down by a woman arriving at the building to redeem a Groupon for an eyelash appointment.

"He was not moving, he was lying face down,” the woman, who wished to remain anonymous said. “There was blood everywhere. I mean I immediately saw him, shut the door and ran out.”

The man was assaulted and taken to a local hospital with critical injuries to his head, police said.

A felony assault investigation was launched. A forensics unit was on scene Wednesday took pictures and collected evidence.

"I hope he survives, but I can tell you he lost a lot of blood," the woman said.

Currently, there is no suspect description.

Anyone with information about this incident is urged to contact the Chesterfield County Police Department at 804-748-1251 or Crime Solvers at 804-748-0660 or through the p3 app.