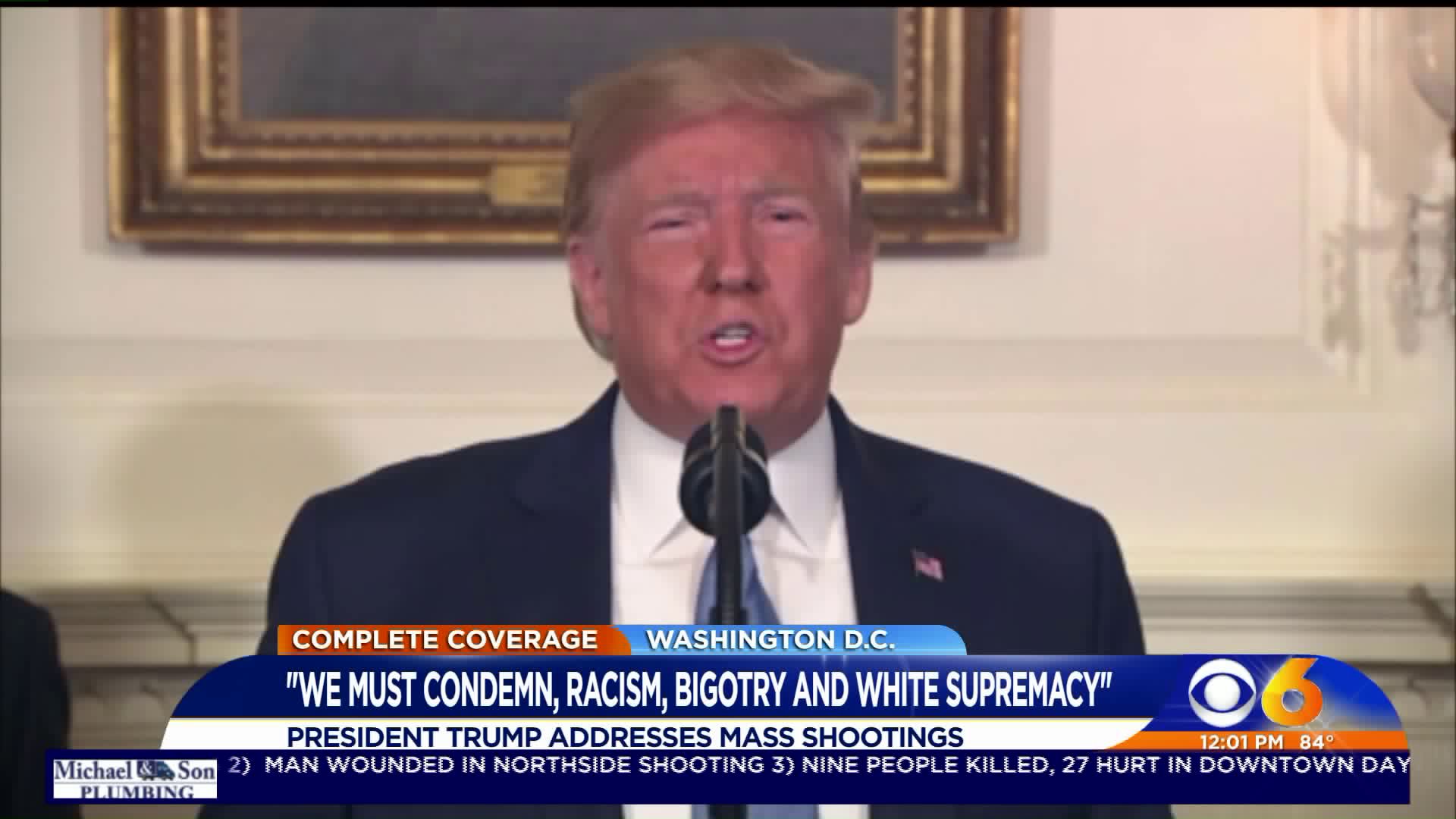 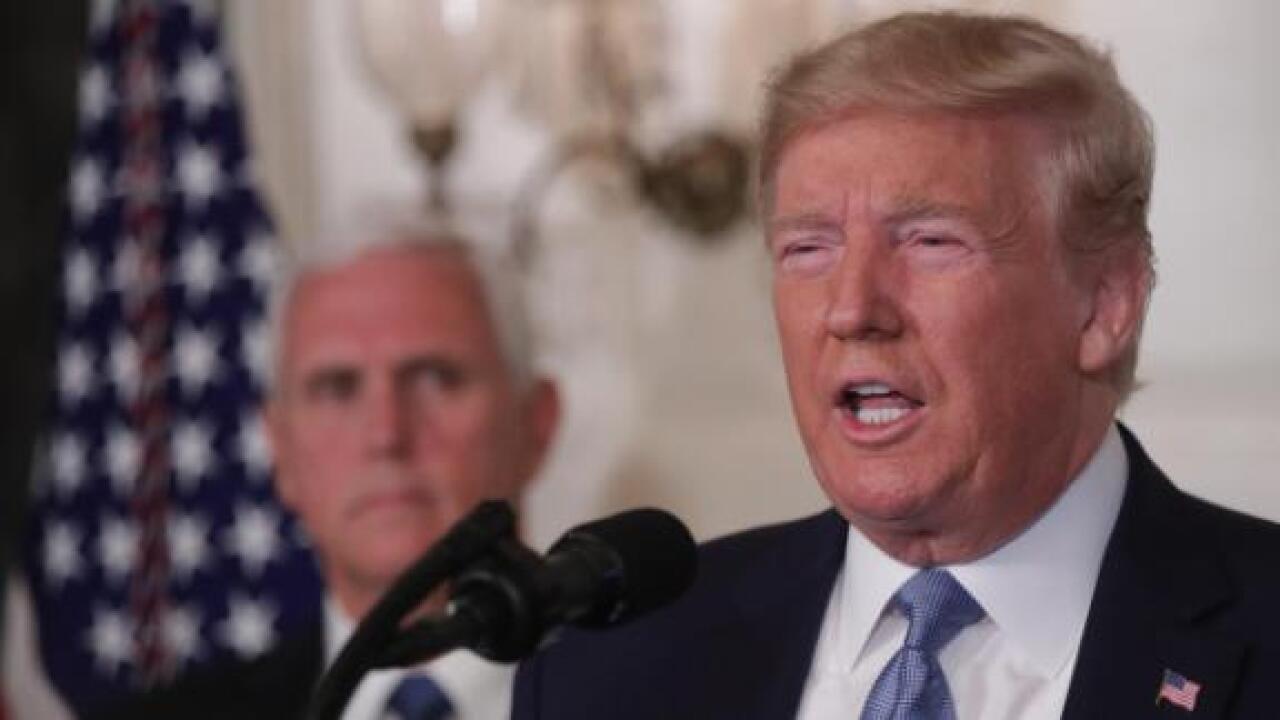 President Donald Trump called on the nation to condemn racism and white supremacy in a speech on Monday, vowing to take action to prevent further gun massacres following two mass shootings over the weekend.

But in scripted remarks delivered from the White House, Trump stopped short of acknowledging his own divisive and racist rhetoric. And he failed to endorse any measures that would expand background checks for firearm sales, despite endorsing such laws earlier in the day.

"The shooter in El Paso posted a manifesto online, consumed by racist hate," Trump said in remarks from the White House. "In one voice, our nation must condemn racism, bigotry and white supremacy.

"These sinister ideologies must be defeated. Hate has no place in America. Hatred warps the mind, ravages the heart and devours the soul," Trump continued.

Trump did not mention specific measures to limit access to firearms except proposing "red flag" laws, which would prevent firearms access to people who are mentally ill.

The President also said he would be directing the Justice Department to pursue the death penalty for those who commit hate crime and to do so "quickly, decisively and without needless delay."

Trump also cited violent video games as a contributing factor to a series of deadly mass shootings dating back to the 1999 Columbine High School massacre.

"We must stop the glorification of violence in our society. This includes the gruesome and grizzly video games that are now commonplace," Trump said in the Diplomatic Room of the White House. "It is too easy today for troubled youth to surround themselves with a culture that celebrates violence. We must stop or substantially reduce this and it has to begin immediately."

Trump's White House remarks followed tweets he sent about the shooting earlier Monday. In the tweets, he suggested tying immigration legislation to strengthening background checks on gun owners following a weekend in which the alleged shooter in El Paso, Texas, is believed to have authored a racist, anti-immigrant document targeting Hispanics.

The language of the document reflects ideas from Trump, Fox News and the modern Republican Party. For example, the document warns of a "Hispanic invasion" and says Democrats are using "open borders" and "free healthcare for illegals" to attract new voters.

The writer cites a fear that an influential Hispanic population in Texas would make the state a "Democratic stronghold." But he says "the Republican Party is also terrible" because the GOP is, in his mind, pro-corporation, which could lead to more immigration.

The author says he's held these beliefs for years, before Trump became President.