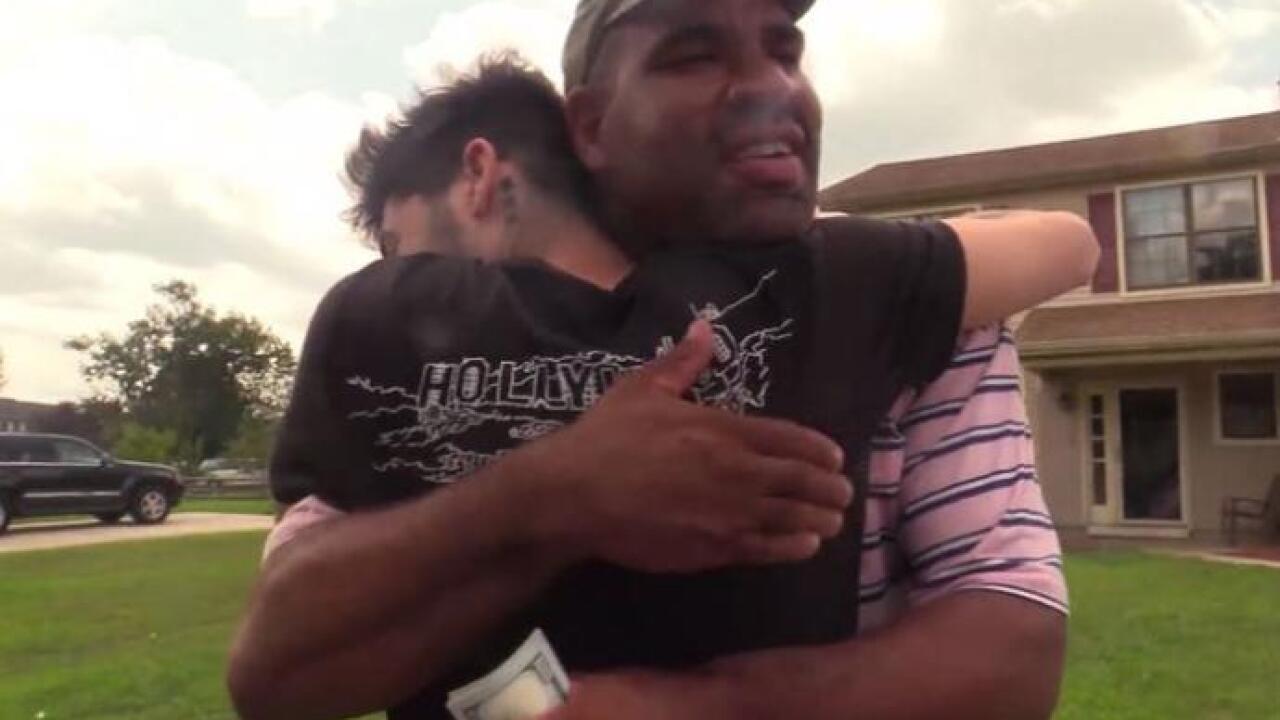 GLOUCESTER TOWNSHIP, N.J. — Neighbors say that to know Lamar Harris is to love him.

He’s lived in the same tight-knit New Jersey neighborhood for most of his life. He picks up his neighbors’ trash, delivers their mail and treats many of them like family, calling them daily and accompanying them for breakfast and haircuts.

When residents discovered that he was weeks away from losing the home he’d grown up in, they rallied and raised more than $50,000, enough to pay off years of debt and keep their beloved neighbor close.

Terri Fretz said she’s known Harris for 38 years, since his family moved to the Gloucester Township neighborhood. Harris quickly endeared himself to residents, who called him the “Mayor of Cherry Hill” for the street where they live.

Fretz said he has developmental disabilities such as reading and writing delays, which Harris confirmed.

He’s lived alone for five years since his father died, but he’s handled it with the help of his neighbors, who said he has minimal expenses.

So when he received a legal complaint that threatened him with foreclosure as a result of unpaid taxes and interest payments, his friends scrambled to help.

“People don’t understand what this home means to him,” Fretz said. “He loves his home, and we will fight until the very end to keep him there.”

Fretz set up a GoFundMe page to settle his debts. She said she knew that friends would donate but doubted whether they could raise the “astronomical amount” in taxes to keep Harris’ home.

But they did it, and in just one week. They raised enough to satisfy the lien and pay almost all of his 2019 taxes, largely thanks to strangers who read about his story and donated, Fretz said.

Harris was so thrilled when he heard he’d be able to stay in Cherry Circle, he called everyone on his street and met them in their yards to celebrate, she said.

He said the residents of Cherry Circle are his “family.”

“I got to church, and people come over here to help me clean,” he said.

Gloucester Township Mayor David Mayer said Harris’ summons was served by a private lien holder, and state and county officials were investigating ways to support him.

“We are compiling information as to the status of not only the property, but most importantly, the status and care of Mr. Lamar Harris,” he said in a statement.

Once Fretz goes with Harris to pay the township, she’ll plan how he can handle future finances and save some of his income from his part-time job at a local grocery store where he’s worked for 20 years. It’s not work for her⁠; Harris has been a part of her life for almost as long as he’s been alive, she said, and without him, Cherry Hill wouldn’t be the same.

“That’s what family does, right?”