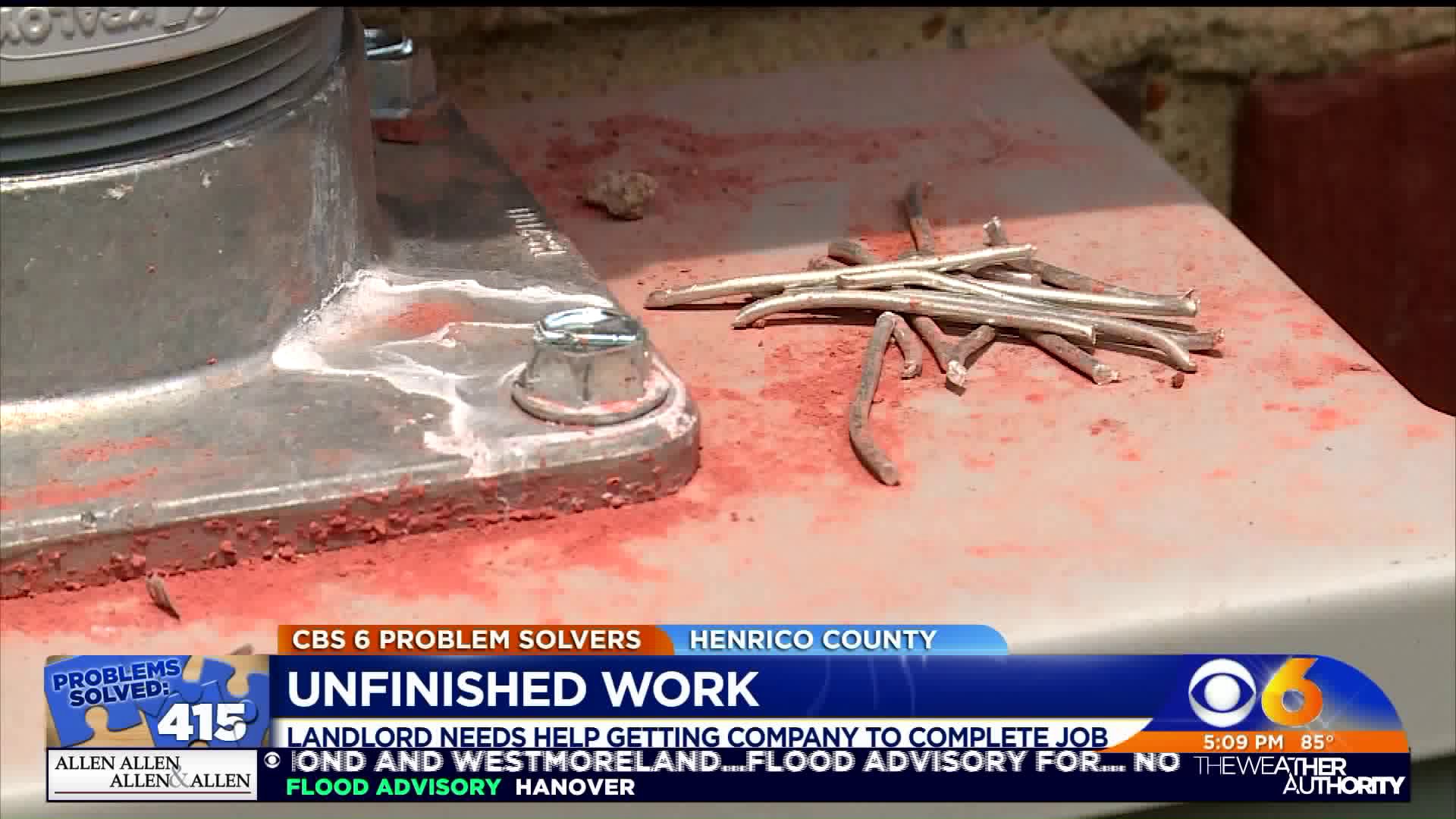 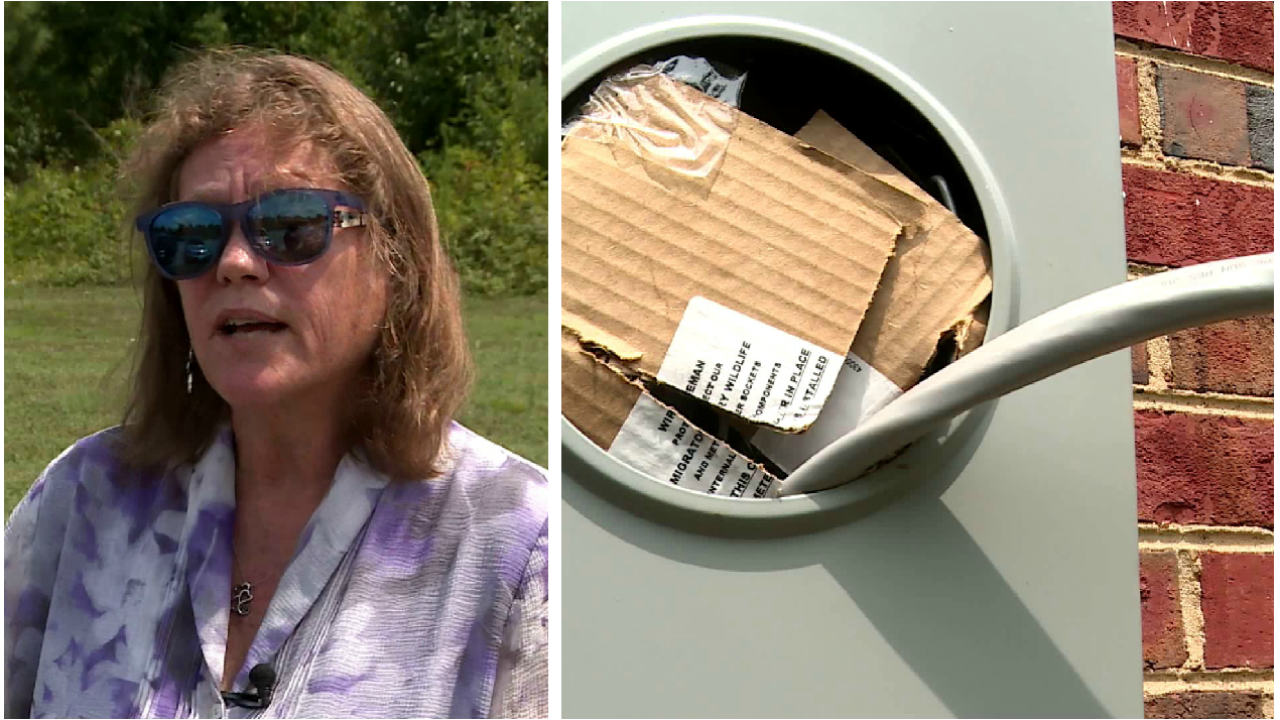 HENRICO COUNTY, Va. -- A Henrico landlord reached out to the CBS 6 Problem Solvers asking for help after they paid a company to fix an electrical issue for a tenant and the job still isn’t finished – three weeks later.

Lynne Lilley says a July storm ripped off a power line from a rental house she owns on Lochaven Avenue.

When her home warranty company didn’t cover the repairs, she says she hired Chilson's Electrical Service to do the work.

“They ran a temporary line. On the 15th of July, they showed up bright and early in the morning, worked all day long, got everything done… a gentleman called us to be paid. He said all he had to do now was call Henrico County for them to come out and do an inspection.

But the county rejected the company’s work twice.

Owner James Chilson tells CBS 6 Problem Solvers that part of the delay was because the Lilleys had to get some tree limbs removed first.

At inspection time, two separate Henrico inspectors required different things which caused them to have to do more work.

“I feel like they have had all the opportunities in the world to finish their work. They finished it on the 15th of July, and this is August 5th. I think that’s ample time for any little glitches,” said Lilley.

James Chilson says before they can take another step, Dominion Energy is requiring them to run additional underground wires which costs more money and they can’t do that until Dominion fulfills a work order to cut off the power.

Lilley says as the days tick by, she grows frustrated because her tenants living there only have this temporary electrical line that Chilson's put in and they don’t have hot water.

“It feels bad because I was supposed to ask for rent last week. I told my husband I’m not going to ask for it, hoping that everything would be done… The tenants have been very patient, they know we are trying. It’s just past ridiculous.”

We learned the order was just submitted on Monday, August 5. Lilley thought it was done last week.

She says she just wants the work done ASAP for her tenants’ sake and she says she wants others to learn from her mistakes.

“We know it. Don’t pay people until the work is completed. I guess we thought it was completed, except for the inspection.”

The owner of Chilson's Electrical Service says he believes there are many factors that contributed to the delay and they are doing their best to resolve the situation for the landlord.

In the meantime, Dominion Energy says now that a work order to cut off power is in their system, they will get to it ASAP so Chilson's can wrap up their work on the home.