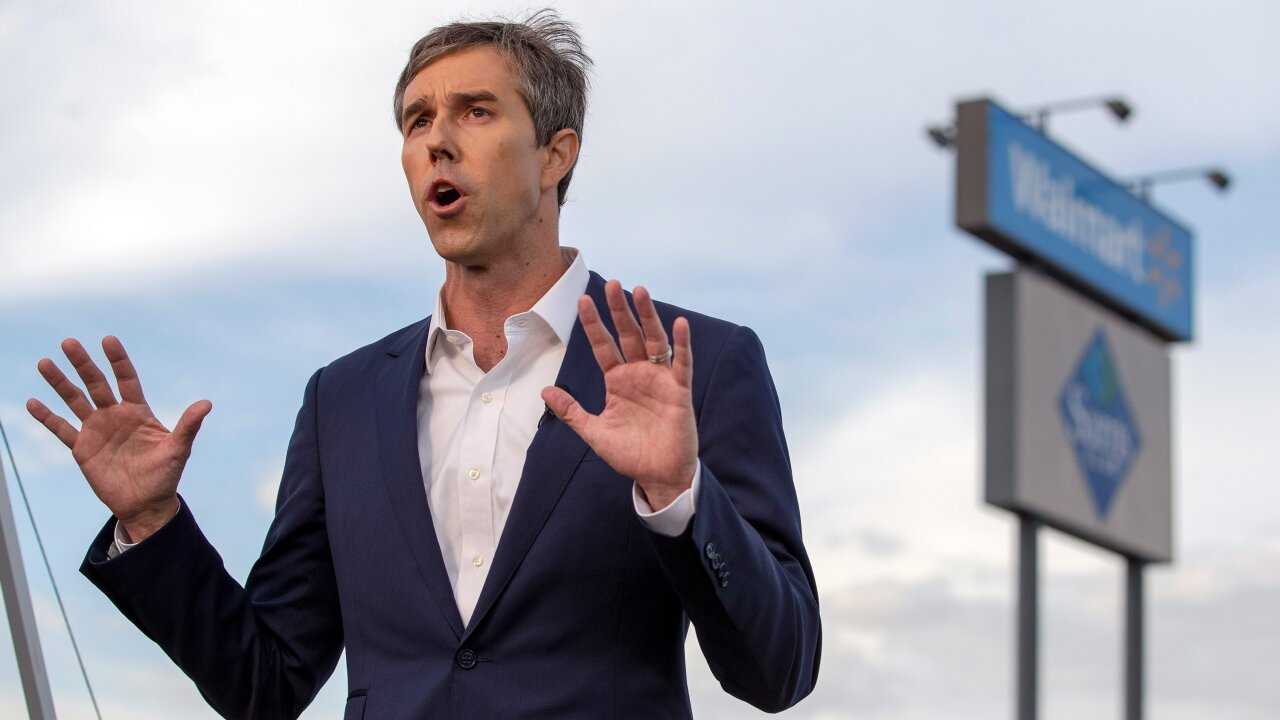 Democratic presidential candidate Beto O’Rourke reacted angrily to an inquiry about the motivations behind the deadly massacre in El Paso, Texas, where the shooter allegedly targeted immigrants, saying “connect the dots” because President Donald Trump is “promoting racism.”

Beto O’Rourke argued Monday that President Donald Trump cannot be allowed to “get off scot-free” for his years of racist actions because the President had delivered a speech hours earlier condemning white supremacy.

“This is the most racist President we’ve had since perhaps Andrew Johnson, in another age and another century, and he is responsible for the hatred and the violence that we’re seeing right now,” O’Rourke said in an interview with CNN’s Chris Cuomo on “Cuomo Prime Time.”

O’Rourke told Cuomo that he “cannot leave that just to me to say that. It’s got to be you, and those who are helping this country understand what is happening in our name, to connect those dots of these actions that can seem unconnected or disparate or random or just strange.”

He continued: “They’re all of a pattern, and they all follow what this President has said from that maiden speech when he ran for the highest office of the land.”

The 2020 Democratic presidential contender’s comments came two days after a gunman killed 22 people at a Walmart in O’Rourke’s hometown. The 21-year-old white supremacist suspected of carrying out the shooting wanted to stop a “Hispanic invasion of Texas,” according to a political document police believe he wrote. The document echoed some of Trump’s rhetoric toward immigrants.

“The words that he was using were many of the same words the President had been using,” O’Rourke said. “We cannot allow him to get off scot-free just because he gave a speech here today. We cannot let him get off without any complicity or justice or accountability, given what he has made possible here. There has to be — there has to be — justice at the end of the day.”

O’Rourke, who departed the campaign trail Saturday to return home, has publicly displayed his indignation over Trump’s racist actions in recent days.

On Sunday night, he told a reporter who asked if Trump could say anything to make things better: “What do you think? You know the s— he’s been saying. He’s been calling Mexican immigrants rapists and criminals. I don’t know, like, members of the press: What the f—?”

As reports that Trump would visit El Paso on Wednesday emerged, O’Rourke said the President is not welcome in the city, which is largely Latino and bilingual and adjoins Ciudad Juárez on the US-Mexico border.

“This president, who helped create the hatred that made Saturday’s tragedy possible, should not come to El Paso,” O’Rourke tweeted. “We do not need more division. We need to heal. He has no place here.”