What we know about the shooting in Dayton, Ohio 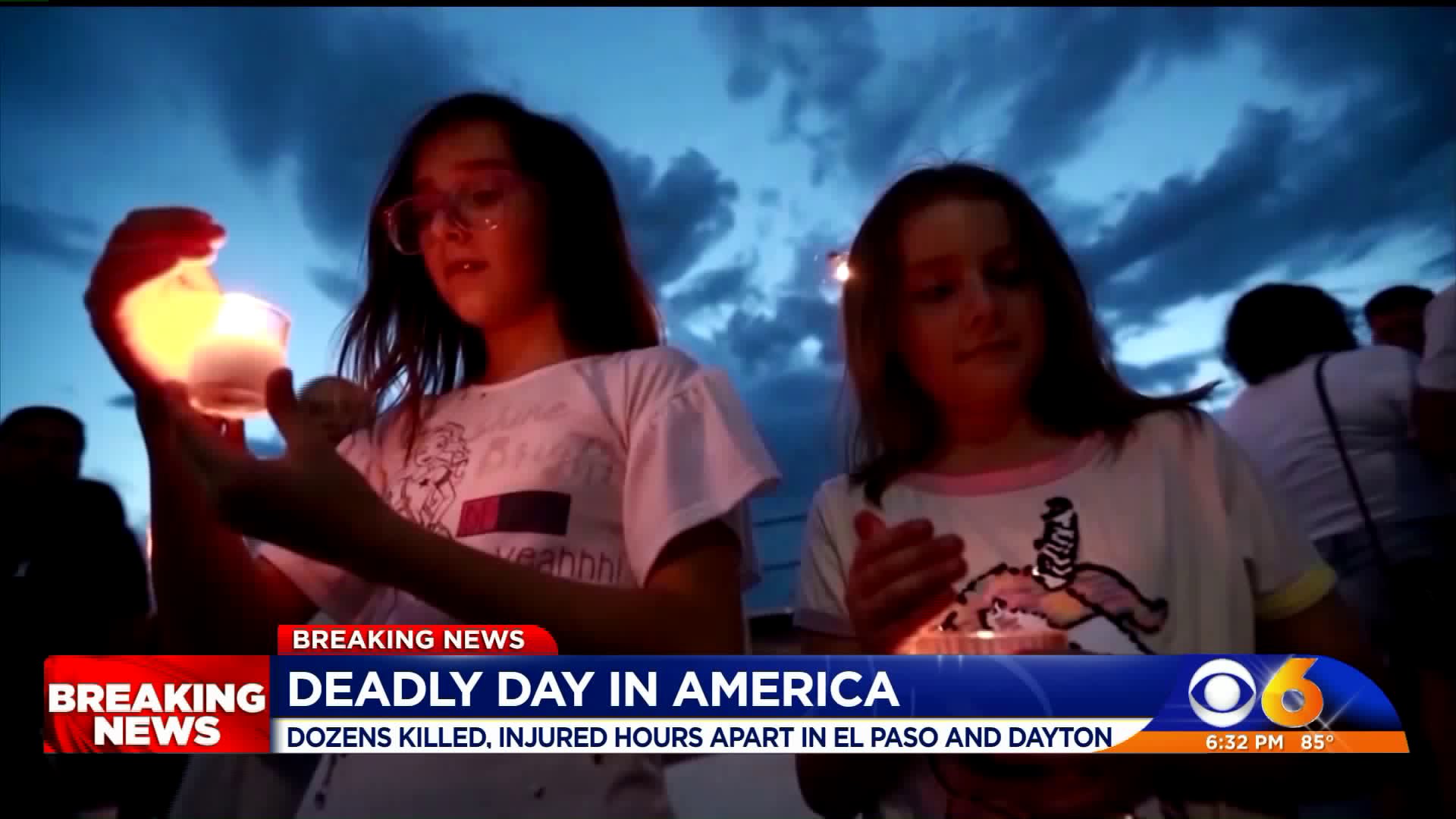 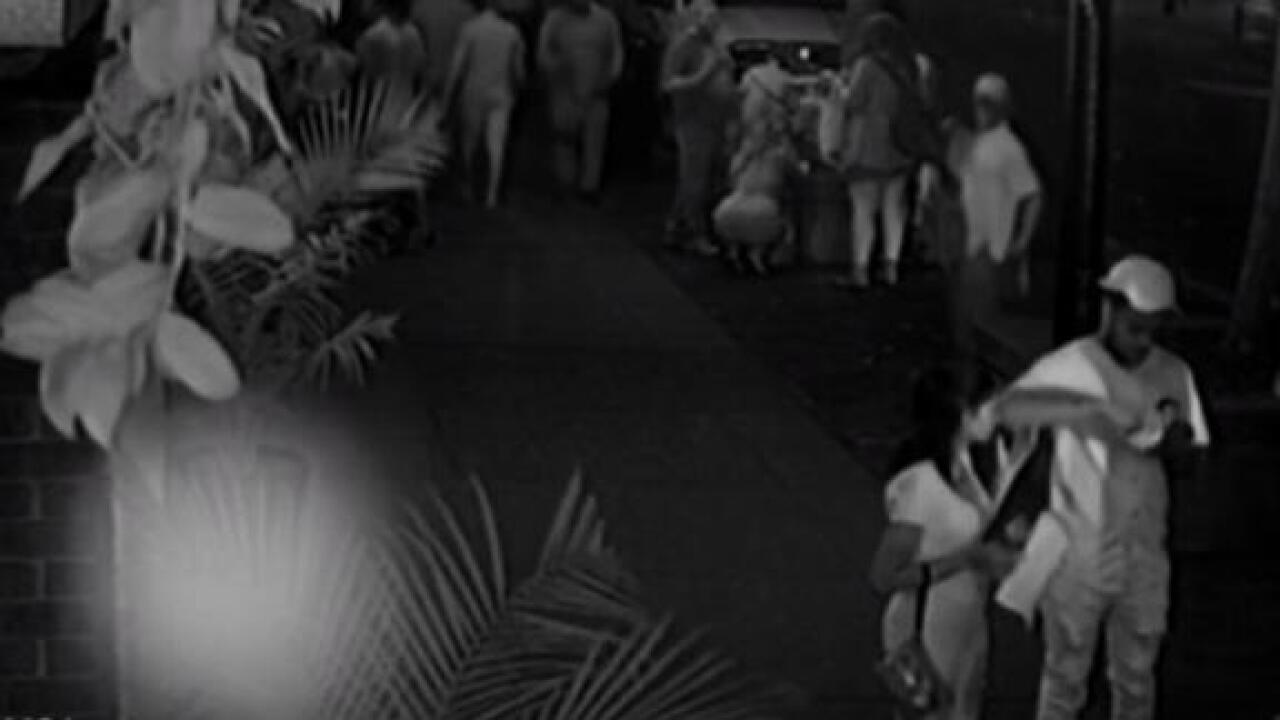 EL PASO, Texas -- When a gunman opened fire on revelers enjoying a night out in Dayton, Ohio, early Sunday, he killed nine people, including his sister, in less than a minute.

It was the second mass shooting in the United States in less than 24 hours.

Here's what we know:

The shooting broke out shortly after 1 a.m. Sunday as a man armed with an assault rifle approached the Ned Peppers bar in the downtown Oregon District, where thousands of people fill bars and nightclubs each weekend.

When someone from Ned Peppers grabbed the barrel of the shooter's long gun, the man picked up a handgun so as to continue the assault.

Police officers on patrol nearby heard gunfire and rushed over, police Chief Richard Biehl said. Within 30 seconds of the suspect opening fire, the officers shot and killed him, Biehl said.

The entire incident played out on the street.

The gunman has been identified as Connor Betts, 24, according to local and federal law enforcement sources.

At a Sunday afternoon press conference, police said they are going looking for any indication of motives. "There is far too much information to review" before a motive can be determined, Biehl said.

During the execution of a search warrant, authorities found writings linked to Betts that show he had an interest in killing people, two federal law enforcement sources told CNN.

A preliminary assessment of the writings did not indicate any racial or political motive, the sources said.

He used a ".223 high-capacity" gun and had additional magazines, Whaley said. The .223 caliber is used in weapons like the AR-15 assault-style rifle that has been used in previous mass shootings.

Nothing in Betts' history would have precluded him from purchasing the weapon, Biehl said. His history with law enforcement included traffic violations for speeding, failure to control and failure to yield.

The weapon used in the shooting was ordered online from Texas and transferred to suspect at a local firearms dealer near Dayton, Biehl said.

The gunman's sister, 22-year-old Megan Betts, was among those killed. Another 27 people were injured.

The other eight people killed were identified as:

Read about the victims here.

Local, state and federal authorities, including the Bureau of Alcohol, Tobacco, Firearms and Explosives, are investigating the shooting. The motive is not yet known.

During the execution of a search warrant, authorities found writings linked to the gunman that show he had an interest in killing people, two federal law enforcement sources told CNN.

A preliminary assessment of the writings did not indicate any racial or political motive, the sources said. At an afternoon news conference, police said that they are looking through information for any indication of a motive.

A vigil is planned for 8 p.m. Sunday. Condolences for the city and calls to end gun violence resonated across social media Sunday, with the hashtags #DaytonStrong and #EnoughisEnough trending on Twitter.

State lawmakers and city officials thanked first responders for their role in quelling the violence and called for bipartisan efforts to address gun violence.

US Sen. Sherrod Brown, D-Ohio, called on Congress "to do something" about its "inadequate" response to gun violence. He urged the Trump administration to consider measures that would strengthen background checks "so these incidents don't happen week after week in our country."

He also called on Senate Majority Leader Mitch McConnell to "bring the Senate back tomorrow" to pass a gun-buying background check measure in the wake of the shootings in Dayton and in El Paso.

Speaking broadly about mental health issues, Sen. Rob Portman, R-Ohio, said "something deeper" was going on and called on lawmakers as well as communities to come together to address "some of the more cultural problems we face as a country."

"We also have to look deep into our hearts and figure out how someone can point a gun at a stranger," he said.

President Donald Trump weighed in Sunday on the shootings in Dayton and El Paso.